I’ve heard so much about the baked feta pasta dish. And like other vegans out there, I had to try it. I made it with Violife’s feta, and it was really good. There are a few differences from the dairy feta, but still, it’s worth making for sure.

For my first time making this, I kept it simple. I wanted to see what it would taste like without any added bells and whistles.

The only ingredients I used were cherry tomatoes, Violife feta, Italian seasoning, salt, pepper, and some olive oil. I didn’t even add garlic in, and I add garlic in everything! I just wanted to see what it would taste like with the main ingredients. 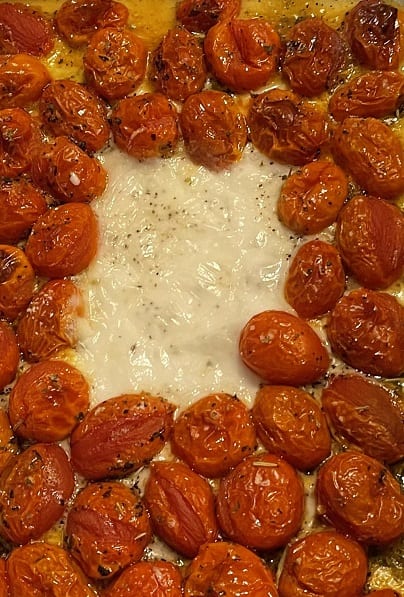 The Violife feta held its shape for at least the first 10 minutes of cooking. I didn’t look again after that, so I’m not sure how long it stayed intact.

I was shocked that it didn’t melt down completely within the first minute. Next time, I’ll do the tomatoes first and throw the Violife feta in for the last few minutes… just for presentation before adding the pasta. I’m sure it will have the same texture as it did this time once you stir it around.

Eventually, the Violife feta melted down and looked like the creamy delight you see in the picture above. I thought it would look like a total liquid and blend completely in with the olive oil and tomato juice, but nope. It was still evident that I had put some sort of cheese in the middle of the tomatoes.

Then I added the cooked pasta and stirred it all up, and this is what it looked like it. 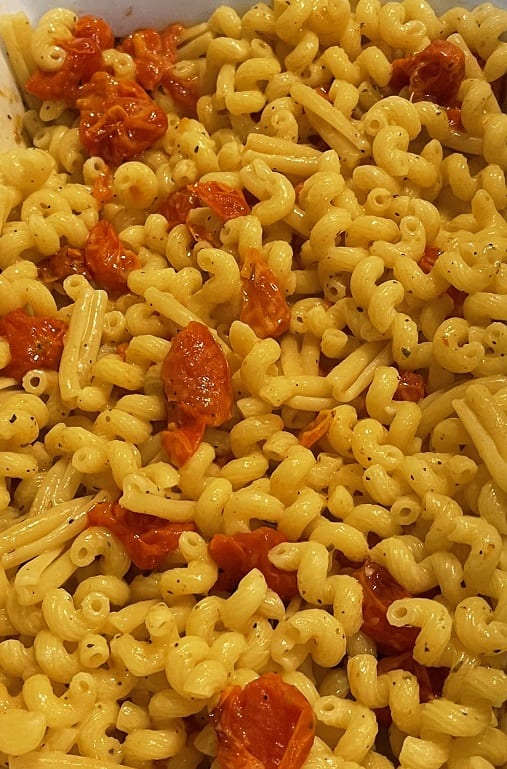 You can see that’s definitely more of a creamy texture than the dairy feta, but the taste was on point. It was so good even with the basic ingredients I used.

It’s important to note that the Violife feta’s taste didn’t change as it melted, as some vegan cheese does. It tasted just like it does in solid form and made the pasta taste like feta goodness.

I Think Any Cashew Based Cheese Would Work In Here

If you want the feta taste, obviously Violife’s feta is the way to go.

But this was so easy to make that I want to try it with other cheeses, such as The Delight cheese from Spread’m. It’s my new favorite vegan cheese lately and I think it would make the pasta taste amazing! The Delight cheese has apricot, basil, and red chili, and has a nice kick to it with a hint of sweetness. So good!

I think there would likely be a more notable texture at the end of baking with a cashew-based cheese.

Come to think of it, combining The Delight cheese with the Violife feta would be good.

I also think you can easily add some other vegetables in with your tomatoes. Maybe asparagus or zucchini.

But, if you want the feta bake taste that everyone is raving about, use Violife’s feta. If you like the taste of feta, you will like it with some simple cherry tomatoes and seasoning.

Update: My Friend made it with tofu ricotta. This is a woman who just started eating plant-based and swore she would never eat tofu. But, she lives in a place where Violife is not available, so she gave it a shot and LOVED IT! She lives across the country, so I can’t tell you how it tastes, but I trust her taste buds. If she didn’t like it, she wouldn’t be afraid to tell me. She says that it tastes amazing. She had bought Sam Turnbull’s book Fuss-Free Vegan, and used the feta recipe from there. She said she needed to add some pasta water to make it a little creamier and added some Daiya mozzarella. Here are her pics. 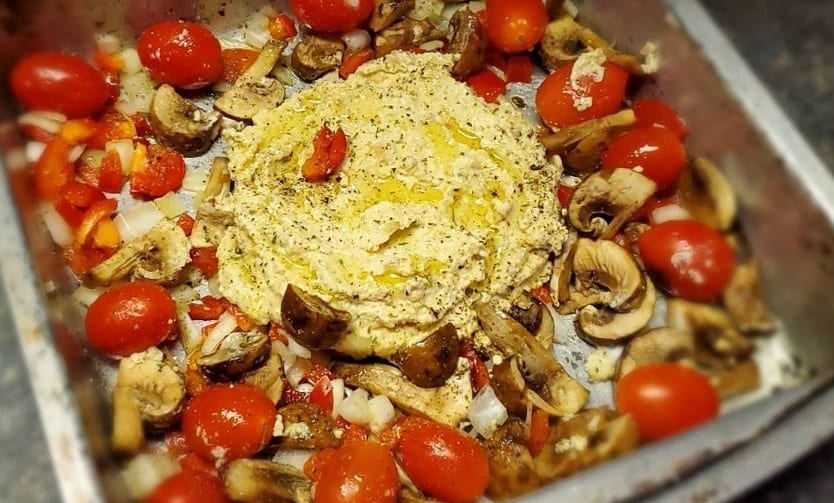 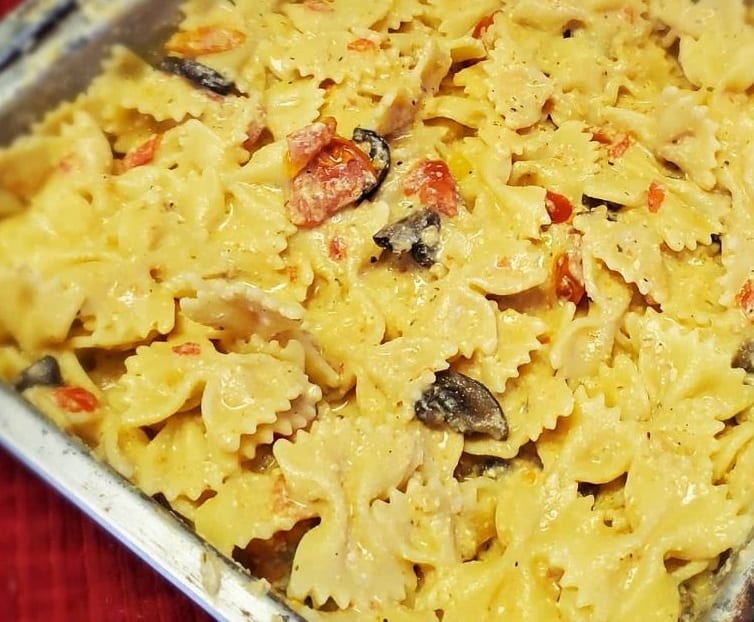 The point is that you can absolutely make this feta pasta bake vegan. Just play around with some recipes and see what works best for you!

Update: I still love this baked feta recipe with the Violife feta. I like to add a touch of balsamic vinegar and some garlic powder instead of fresh garlic. It’s always a delicious dinner.