I’ve tried a few different plant-based dips from the President’s Choice line and I’ve not been too impressed. The tastes are usually not bad, but the textures have been completely off for me. But, the PC Plant Based Queso Style Cauliflower Dip is a winner. I saw it when I was ordering online and, even though I haven’t been trying new PC vegan dips, I can’t say no to cheese or queso, so I had to give it a go. It’s without a doubt my favorite President’s Choice plant-based product so far.

The Container Is Too Small 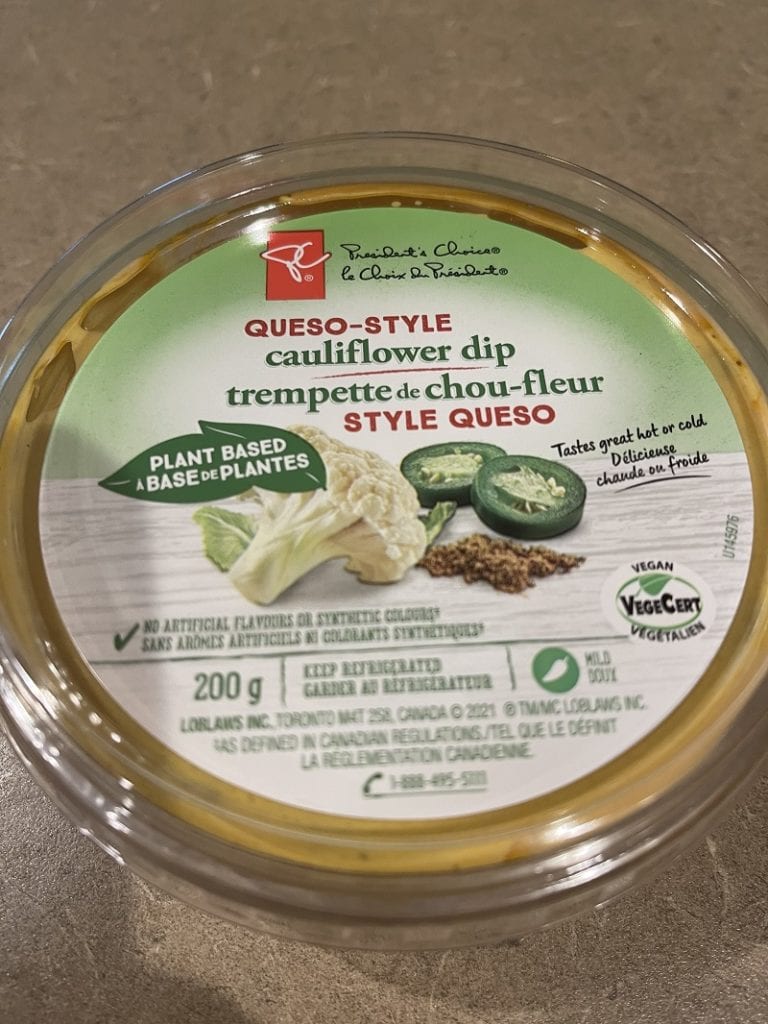 The only complaint I have is that the container for the PC Plant Based Queso Style Cauliflower Dip is way too small. In my opinion, it’s built for one hungry person or two people who are just grazing.

We made it last two days, but I would say we ate a lot of it. We each had a few bites, then I tried it on a couple of nachos, and then I ate the rest the next day with a few nachos.

I guess if you were to add it to tacos or in a burrito or something it might last a little longer – depending on how much queso you like in those things – but if you are snacking on it with nachos then it will be gone very quickly.

It’s Got A Good Flavor And Texture 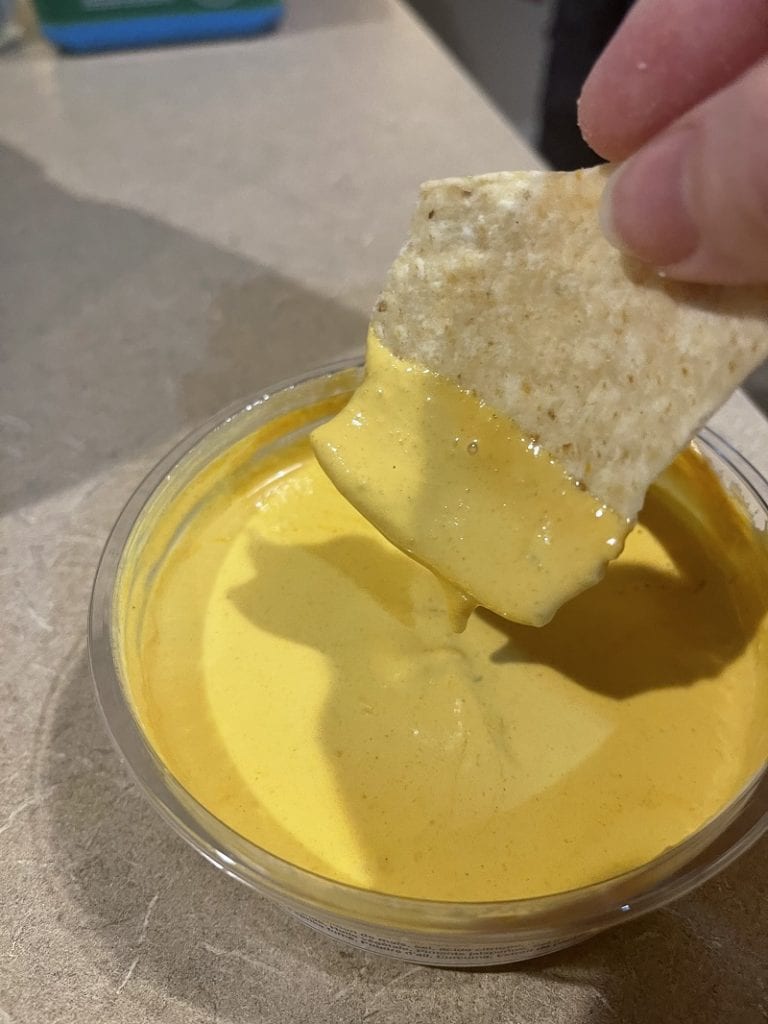 Between the cauliflower, almond butter, and mayo, I think it’s got a nice creamy texture.

My husband feels like it has a cauliflower texture. He says that the texture reminds him of cauliflower with cheese whiz. I remember having that, but it doesn’t have that texture in my opinion. It is very creamy to me.

It’s amazing that we can both experience different textures!

But we both agreed that the flavor is really good. It’s tangy thanks to the mayo, and it’s spicy and warm and savory, just like a good queso dip should be. President’s Choice really nailed this one.

When I ate dairy cheese, I would often put it on nachos and then throw it into the microwave for a minute. Then I would take it out, let it cool a bit, and throw it back into the microwave. This resulted in a texture and taste I liked. The milk fat would seem to come out like butter and, well, it just tasted fattier to me, which is something I liked.

This PC Plant Based Queso Style Cauliflower Dip comes out with a texture that I really like too. It’s not the same as the texture I would get with dairy cheese, but it is a little creamy and a little bit crumbly, which is something I haven’t tasted with plant-based cheeses.

This makes me really happy.

Of course, the queso smokes like a chimney in the microwave. I guess it might be the mayo that does that? I’m not sure. But I couldn’t leave it in there too long because of the smoke. It got hot and melted really fast though, so that wasn’t a problem.

I like the PC Plant Based Queso Style Cauliflower Dip better hot than cold, for sure. But it does taste good cold too.

The PC Plant Based Queso Blends Well In Casseroles

If you need a cheesy, creamy casserole, this queso is your answer. It blends well and gives that extra deliciousness.

I’ve used it in many dishes, including a bean and pasta casserole. It just blends in so well and adds that extra creamy goodness that we love.

The idea to use it in scalloped potatoes just hit me. I think it would do really well between the layers of potatoes. I’ll be doing that next.

This has inspired me to make my own. I think because you get such a little container of the dip, it’s not worth it to buy it all the time.

I may buy it when we are on a road trip or something and want a snack, or when we go to relatives and want to bring our own snack. But, as far as making it for myself, I think homemade would offer more value and bang for your buck.

Update: I buy it all the time. I can’t replicate it and I don’t have the time to try to figure it out. But they do need to make the container bigger! 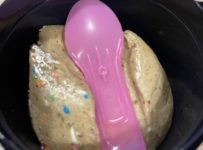