I know a lot of people struggle with the thought of becoming a vegetarian. They feel like giving up meat is a big thing, but I don’t feel like that because I’ve never really liked meat or ate it. In fact, as a vegetarian now, where they have a lot of vegetarian meat substitutes, I don’t eat them because I never needed meat in my diet anyway. I’m not missing meat. I don’t need ‘meatballs’ in my spaghetti or a ‘hamburger’ or ‘hot dog’ because I never ate those anyway. What It Felt Like To Be An Almost Vegetarian Growing Up

I didn’t become a vegetarian for any reason besides the fact that I did not like most meat and the thought of where it came from. I remember being very young and going to McDonald’s for chicken McNuggets. When I asked my mom what they were made of (shows you how young I was) she said “chicken”. I said, “The animal?” and she affirmed my worst fear as a kid who shouldn’t give a crap about what’s in their food. I spit it out and never and never ate anything with chicken again. Ever.

I never liked the taste or smell of fish, so I never ate that either. My mom thought it would be better if I did eat fish, so she tried to sneak it into some quiche once. When I found out I nearly lost my mind. I was still a kid. I remember standing just as tall as the table as I told my mom I didn’t trust her anymore and would never eat her food again!

Then, one day, my parents made ground beef in some sort of sauce and I didn’t like the texture of it, so I refused to eat it. They made me sit at the table for hours until I finished the meat, but I wouldn’t. I actually tried to eat it and then threw it back up. I never ate ground beef again.

I think after that my parents understood that I just didn’t like most meat. They stopped trying to force me to eat what I didn’t like.

I did still eat some meat, like bacon and ribs because I liked them. Again, when I was young, I wasn’t eating meat for any reason other than the fact that I didn’t like the taste or texture or the thought of where some meat came from.

As I got older, though, into my mid teens, I decided that I didn’t want to eat bacon or ribs either because I couldn’t justify eating those animal foods and not others. It wasn’t a passionate thing that I preached to all my friends or anyone that would listen. It was just a personal decision.

I still ate eggs and milk products. But, at the age of 25, I stopped eating eggs too. I couldn’t stand the thought of eating eggs that could have been chickens. That was how I rationalized it in my mind, anyway.

My husband ate meat for a few years after that. It didn’t bother me, except for the smell of the meat cooking. But, one day, to his Italian mother’s horror, he decided that he didn’t want to eat meat for health reasons. He just felt better when he was eating a vegetarian diet, so he cut out all meat and he hasn’t looked back.

I Didn’t Know Any Other Vegetarians, So I Was Definitely Different And Had To Make Food Discoveries Myself

I’m almost 40, so when I was 15 and trying to order a cheeseburger without the meat at McDonald’s, they thought I was crazy. It wasn’t something that you did back then. Even though McDonald’s got my order wrong most of the time (they usually put meat on it anyway) I would just make them remake it until they actually got it right.

It seemed like there were no other vegetarians out there but me at times. But, I didn’t really care.

People would meet me and ask me all kinds of questions about what I ate. Because I never really ate much meat, I didn’t really understand what the big deal was. There was, and still is, so many options besides meat.

In fact, it seems that there is a lot of ignorance around life without meat. I remember one girl asking me, “So, you pretty much drink your daily calories then?” as if there was no other food in the world besides meat to eat.

The biggest issue was going out to people’s houses. I knew that there were often meat or meat by-products used in different products, and I would have to do label checks to make sure that the foods I was eating were vegetarian. I was never bashful about it, though. I’ve had years of practice of refusing food because it contained fish sauce or gelatin or beef stock or Worcestershire sauce or things that most meat eaters wouldn’t even think about.

I still didn’t check restaurant foods. I trusted that if it was made of something like a potato, then I was eating a potato. Unfortunately, I was wrong.

For instance, I loved McDonald’s fries, but one day I decided to look up the ingredients and found out that they use natural beef flavoring to fry their fries, among other things. It makes sense. I can’t make a french fry at home taste like McDonald’s, so they would have to put stuff in there that adds to their unique flavor.

And, as I got older, I realized that making food at home was the safest bet because I knew exactly what was going into my food. And, I’ve found a lot of recipes to make vegetarian substitutes of my favorite ingredients, such as Worcestershire sauce. (I use Martha Stewart’s recipe for vegan Worcestershire sauce, and man is it good! Tastes exactly the same to me!)

If I Don’t Know What’s In Food, I Ask Or Avoid

McDonald’s fries threw me for a loop. I think that was the last time I blindly ate something not knowing what was in it. Now, I either find out or don’t eat it all. That means that I’ve cut a lot of food out of my diet. That means that restaurants are harder for me to eat at. That means that mother doesn’t know what the heck to cook for me anymore, despite her best efforts. In fact, I mostly cook from home because it’s crazy what goes into stuff out there. But there are still things I’m finding out today.

For example, just today, I found this article on foods that only seem vegetarian and was disgusted to read this in it:

… but McDonald’s restaurants (in the U.S) are one of the few that have confirmed the use of L-cysteine made from duck feathers in their Baked Apple Pie.

Lovely. I need to look into that more.

The fact is a lot of companies just won’t disclose some of their ingredients because they are not allergens and they don’t have to.

For instance, my husband wanted to try Kraft Singles the other day. We normally buy cheese from Superstore because we know that they use a vegetarian rennet, but he wanted to recreate that grilled cheese taste from when he was a kid with those processed cheese slices. I had read somewhere that they have gelatin in them, so I scoured their website trying to find out if they did, with no luck. So I sent a tweet out to Kraft to find out, and this is how the conversation went. Their products change so frequently that they can’t maintain a list of ingredients? That just blows my mind, not as a vegetarian, but as a person who thinks I deserve to know what I’m putting in my body.

So, Kraft is out for me, which is fine because I don’t really eat a lot of their products anyway.

Being Vegetarian Has Made Me More Health Conscious

I know a lot of people don’t care what they eat. Some of my family members could find out that they were eating duck feathers and insects and not give a crap about it. But, I’m just different. Always have been.

Moreover, as a vegetarian, I’ve found that I’m much more observant about what goes into my body, and it doesn’t just stop at animals or certain animal by-products. I’ve eliminated foods that contain additives like TBHQ and BHA. And, I don’t need color in my food to make it taste good.

For Me, It’s Not Hard To Be A Vegetarian

Thankfully, a lot has changed since I was young, and eating a vegetarian diet is easier than ever. Labeling is better, and, of course, I know a lot more about food and the additives that are put in. But, that doesn’t mean that I’m not still finding out new stuff about the foods I eat and adjusting my diet.

In the end, being a vegetarian isn’t limiting to me. There are so many foods out there to eat besides meat. But, of course, I’ve never really eaten a lot of meat to begin with, so while it’s easy for me to say that, it may not be so easy for other people to acknowledge. 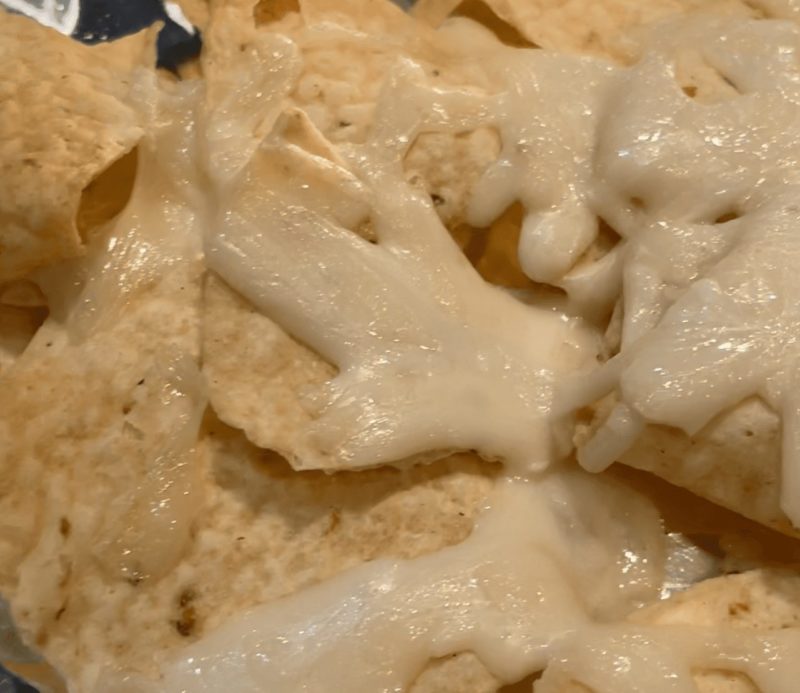 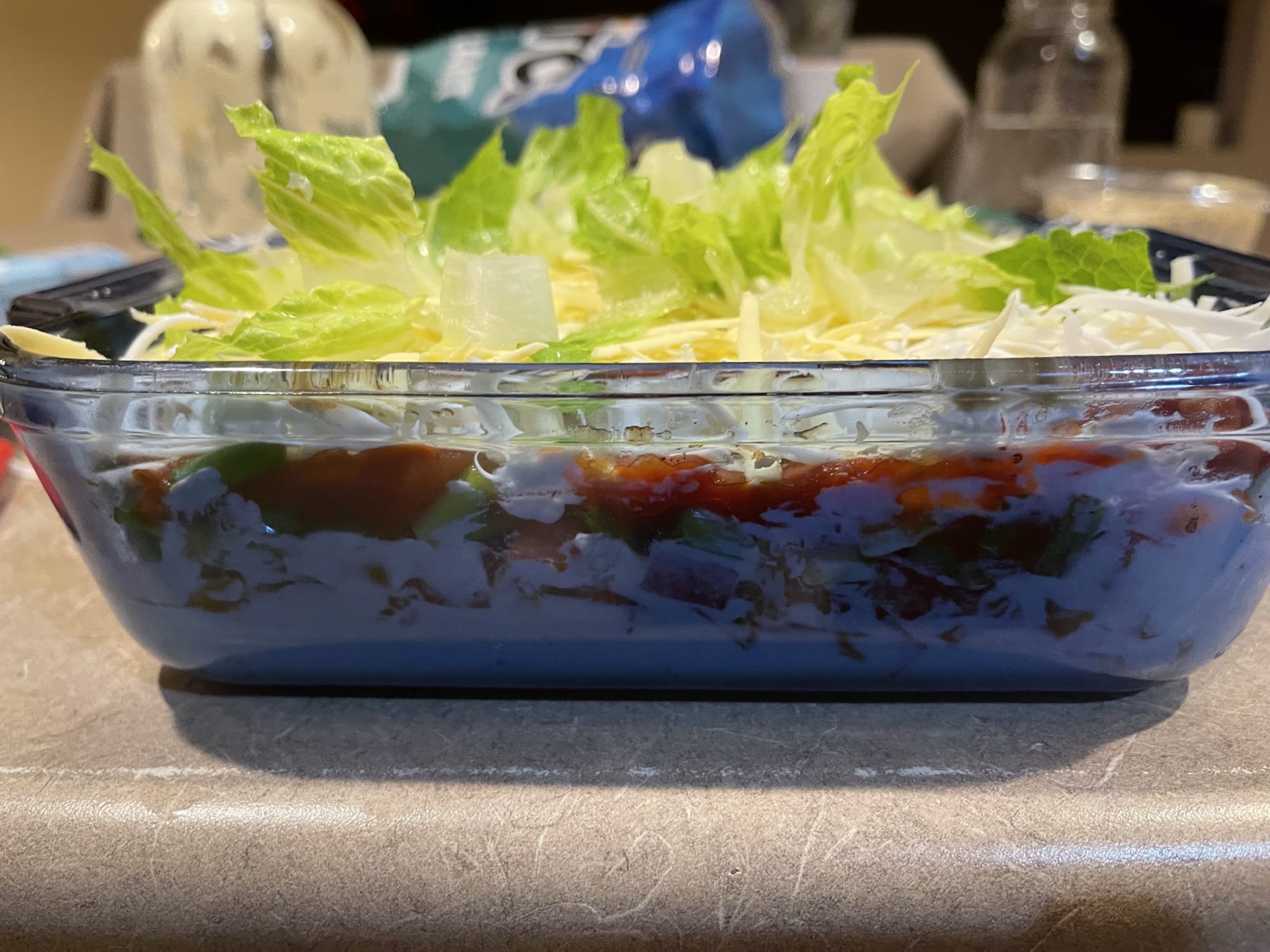