Not too long ago, I wrote about what it’s felt like to be a vegetarian for most of my life. Well, now I’m a vegan! I thought I would write about my experience going vegan from vegetarian because, as it turns out, it wasn’t that hard this time! But, first, let’s talk about my failed attempts at going vegan. The first time I really thought about going vegan was on a cruise called Holistic Holiday At Sea. That was in 2009.

There were plenty of speakers on that cruise, but my husband and I got so caught up in the cruise itself that we only saw one, T. Colin Campbell, author of The China Study. I remember sitting there thinking about my beloved cheese and how bad it might be for me.

She and her words have never left my mind.

We were fed the BEST vegan meals on that cruise, but the cruise still had all the regular buffets because the Holistic Holiday At Sea group was just a small portion of the people on the ship. So my husband and I would go and get sandwiches with cheese and cheese and crackers. We had no guilt about it, even we when got dirty looks from our fellow holistic group people.

After the cruise, we figured we should attempt to go vegan. It went very much like trying to quit smoking.

We cut out dairy.

We cut out dairy.

We gave up and started eating dairy again.

This happened at least five more times up until a few months ago.

Each time we tried to go vegan, I figured I was really missing out, and that pain of not having cheese and cream was what kept me going back to dairy.

My Health And Dairy

In the past few years, I’ve noticed that after eating dairy in any form, I would feel sick. My joints would ache, I would bloat, and I would get insanely tired.

My husband kept telling me that I should cut out dairy for just a few weeks to see if it was the problem, but the thought scared me. Even though I was feeling disgusting and worn down, I didn’t want to give up my cream or my nachos – I wasn’t willing to discover that dairy was an issue for me because that would mean giving it up altogether.

Dairy Started To Seem Gross To Me

I’m not sure when it started, but suddenly dairy seemed gross to me. Cream looked gross and sometimes tasted off to me, especially during certain periods of the month where my hormones were all messed up.

Cheese was starting to look gooey and gross to me.

I started to think about where cheese came from, but I wouldn’t allow myself to look up information about the dairy industry because I knew that if I did, I would cut out dairy completely. I hadn’t found replacements for my favorite dairy dishes yet, so the thought of having to give it up scared the crap out me.

The sad truth is that I knew that ignorance was allowing me to continue to eat dairy and knowledge would kill that freedom.

Then I Allowed Myself To Watch ‘What The Health’

One weekend, my husband and I were looking for something to watch on Netflix, and I saw What The Health. I didn’t fully know what it was about, but once I started watching, my ignorance could no longer rule my diet.

Yep! The documentary, What The Health, that has turned so many people vegan, was what did it for me too. After listening to the facts in the film, I decided what I felt all along – but had pushed back so that I didn’t have to go vegan. I decided that being vegan was better for my health and my conscience.

Things that really got me were:

After we watched that movie, we went vegan that day. It was just like when I quit smoking – once I educated myself and gained the mindset that smoking wasn’t good for me and I didn’t need it, I quit instantly.

My Ignorance Was Abolished

Once I knew I was going to be a vegan without the struggle, I started to educate myself more about the dairy industry and now I can safely add environment and animal treatment to the reasons of why I want to be a vegan.

The point is that ignorance will allow you to do things that you feel are not right. But, once you educate yourself, all that ends. You can’t keep doing something that you know is disgusting and wrong.

What I Eat Now? The moment we went vegan, I began looking for alternatives for cheese and cream. It seems like since the last time we tried to go vegan, so many amazing products have come out.

I found Silk’s Almond Hazelnut creamer and fell in love! It’s sweet, just like I like it. I don’t even have to add extra sugar. My husband took a little longer to find something he liked to replace cream, but eventually found cashew coffee and is in heaven! I’ve never seen him enjoy coffee so much! (He says that adding the salt is key to making this coffee taste so good, so don’t skip it!)

As far as cheese, I had never liked Daiya before, but we tried Panago’s pizza with Daiya on it, and as I took a bite into it with hesitation, I surprised myself by liking it! Now I even like Daiya swiss cheese.

We found Earth Island cheese (also known as Follow Your Heart cheese) and we found the shreds tasted good in the dishes that required melted cheese. Also, their mayo tastes exactly like mayo with eggs. And their dressings, like blue cheese, are amazing!

And then we started to find recipes online and make our own cashew cheese, which can be a hit and miss depending on the steps and ingredients you use

Also, parmesan cheese made from cashews is a hit every time. Put it on any of those pasta dishes for yumminess!

As far as sour cream, we didn’t find anything suitable (sour and creamy) until this past week when I was at a farmer’s market getting vegan perogies, and they had a sour cream that smelled and tasted like sour cream. Since then, I’ve been playing around with fermenting cashews for sour cream, and I’ve come damn close to their recipe. It’s great for dipping or in burritos. It’s only a matter of time until I perfect it. (Update: I perfected it!)

Lastly, we found Ben and Jerry’s non-dairy ice cream, and all we need is their P.B. & cookies ice cream to satisfy our ice cream needs.

We are still learning about what we like and adapting, but it’s been a few months now and we are doing just fine. I’ve even made awesome cheese sticks with Earth Island provolone slices.

One of the things I’ve found is that my taste buds have been changing. Before, I couldn’t stand the taste of Daiya shreds, but now I don’t mind them. It’s not the best thing in the world, but it’s doable.

I’ve also found that other foods that I used to love are starting to taste horrible, like fresh cilantro. So, it’s obvious that my taste buds are changing since I cut out dairy.

One thing is for sure, when something tastes good, like all the food we took on our picnic the other day, it tastes GOOD!  I enjoy every bite.

Do I Love Or Hate Being Vegan?

I’m sure you know the answer if you read this far.

My husband and I love being vegan. Love it. We feel so good about ourselves and the food we eat that I can honestly say we’ve never been happier with food than we are now.

I had to tell my parents that this wasn’t another attempt at going vegan – it was the real deal. They accepted it quickly. They adopted a few new vegan foods they like after eating at our house. And they even made a vegan chocolate cake the other day for my dad’s birthday, which was delicious.

In the end, going vegan is one of the best things I’ve ever done in my life. Along with enjoying food so much more, my joint pain has disappeared completely along with the bloating and other weird symptoms I had been having. I can’t ask for anything more than that! 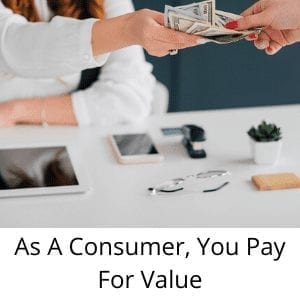