We have tried Daiya’s Deluxe Cheddar Style Cheezy Mac a few times. I find that it has that Daiya taste that makes it hard for me to gobble down everything with pleasure. I need to add a ton of mustard to that stuff and I can still taste the Daiya taste. That’s probably why we took a long time to buy Daiya’s Deluxe Alfredo Style Cheezy Mac. I was convinced it would taste the same. But, yesterday I went shopping when I was really hungry, and the Deluxe Alfredo Style Cheezy Mac ended up in my cart as my hunger and curiosity got the best of me. Just noticed I took a picture of the French side. 😏 It basically says, gluten and soy free plus dairy and lactose free.

The Taste Of Daiya’s Deluxe Alfredo

Let’s just start off by saying the taste is… pretty damn good!

I’m not a fan of the original Daiya cheese. I like it on restaurant pizza, but I have a feeling they are using a different version of Daiya cheese, called Cutting Board Shreds. Either that, or we order some really flavorful pizza and the Daiya taste may actually be getting overpowered.

Anyway, I don’t put Daiya on or in anything I make because the flavor of it always stands out, and I don’t like it. If I really want a cheesy element, I use Earth Island provolone or my own homemade cheese.

I smelled the sauce before mixing it with the pasta, and it kind of smelled like Daiya, but it wasn’t as strong as it normally is. The fact that the smell was there, though, made me think that it was going to taste like the cheddar cheezy mac.

Because of that, I didn’t put a ton in my bowl, and I put pepper all over it before I even tasted it.

Then I sat down and tasted it and something crazy happened… I felt like I might be eating something with Alfredo sauce. I went back to the pot and scooped out a bit without all that pepper all over it and, again, it tasted like Alfredo sauce.

I Needed To Stop Scrutinizing Each Bite To Really Enjoy It

While I was eating, it was confusing. Sometimes I felt like I might be tasting that Daiya taste, but then it would turn into an Alfredo sauce taste. The thing is I have a very high sense of smell and taste, so I can really pick out those subtle flavors.

My husband thought it tasted like Alfredo sauce immediately and he enjoyed every bite without scrutiny.

When I stopped nitpicking every bite and just started eating, I really, really enjoyed it. It didn’t have that harsh Daiya taste and it honestly tasted like Alfredo sauce to me. It was creamy and satisfying, just like pasta with Alfredo sauce should be. Here’s the thing though: as it cooled down, it tasted more like Daiya. I didn’t give my bowl a chance to cool down, but when I went back to the pot, and scooped out a bite, it had more of that Daiya taste for sure. 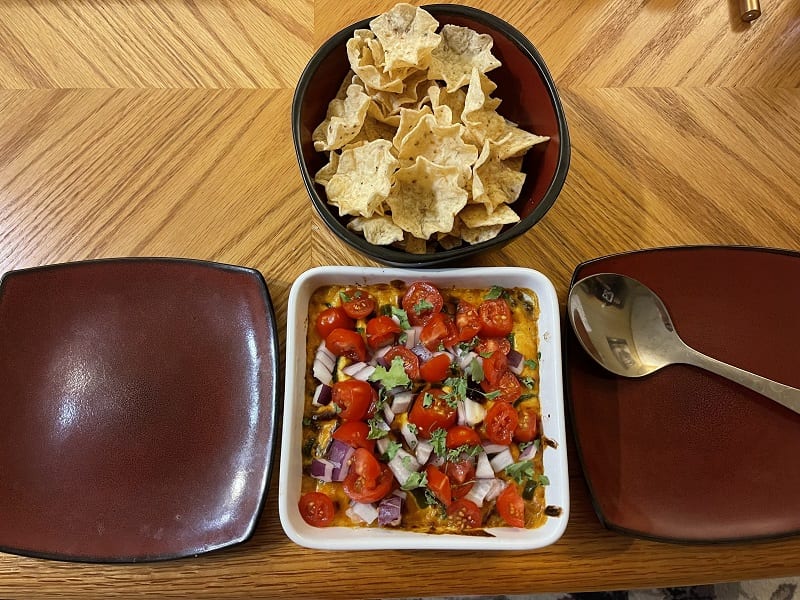