I’ve thought my hormones were off for a long time. I’ve tried to get conventional doctors to look at them, but no one will. I went to a holistic doctor at the end of 2019, and he got me tested. It turns out I had some low estrogen and DHEA, so I started taking DHEA to boost everything.

After a month of taking the DHEA, I ended up getting anxiety for the first time in my life. I’m not sure if it was coincidental, but it wasn’t pleasant. It was the first time I’ve ever gone to the emergency room terrified something was wrong. I thought I was having a heart attack because my heart would not stop beating fast and hard.

Everything turned out fine and the emergency doctor told me that I probably had anxiety.

So, I went off the DHEA and worked on getting rid of my anxiety, which I eventually did. I think that maybe an upcoming pandemic had something to do with it and perhaps the DHEA wasn’t the issue? I can’t say for sure.

But, I think that I need to get back and look at my hormones because this year has been a heck of a year for dealing with ailments and I strongly believe my hormones are in part to blame.

Note: This may be too much information for some people, so if you don’t like hearing about certain body parts and functions, stop reading now.

My Experience With The Breast Cyst

In June of 2020, my left breast was in a lot of pain. I couldn’t feel a bump, but I knew something was not right. My nipple kept getting pulled inward slightly and that’s not something that I’ve ever seen my nipple do before.

I went to see my doctor and she didn’t see or feel anything but she ordered a mammogram to be sure. She told me she would let me know what they found as soon as the results were in.

I had the mammogram, and during the appointment, they told me that they didn’t see anything but the radiologist would take a deeper look and compare it to my last mammogram. I heard nothing for 3 weeks after that so I thought everything was good. I still had a little bit of pain, but it had gone down quite a bit.

Then I received a call from the x-ray department. I was told the radiologist wanted to do a breast ultrasound.

That was a nightmare. Getting the call was scary and having to wait was scary.

I had to wait 1 1/2 weeks to go in to get it done. It seems like a lifetime when you are worried.

The lady doing the ultrasound told me she would let me know if she saw anything. I could tell by the way she was focusing on one area she could see something. Moreover, the ultrasound took longer than normal. When she was done, I asked her what she saw and she became very defensive and told me I needed to talk to my doctor. Of course, I thought the worst. I left there crying and spent the next week sitting around thinking the worst and praying for the best.

My doctor never bothered to call me during that week, so I called to book an appointment with her only to be told she had just gone on vacation!

Another doctor was scheduled to call me in 5 days. It was just 5 more days of agony.

I had googled myself sick. The best thing it could be was a cyst and the worst was cancer.

When the doctor called, my husband and I were waiting to hear the worst. But, he told me it was a small cyst, about the size of a pea, and there was nothing to worry about.

I decided right there I would never go back to the radiology department.

The pain and nipple changes stopped within a few weeks. But, I didn’t pay much attention to it after I found out about the cyst because it didn’t seem like something I needed to worry about.

My Experience With The Ovarian Cyst

At the beginning of February 2021, I started having lower left abdomen pain. I’ve had bowel problems my whole life, so I thought that’s what it was. In fact, in 2019, I had gone into the doctor with the same pain and been told that I had diverticulitis. I had no imaging to prove that, though.

Still, when this pain started, I thought it was diverticulitis and tried to get through it like I did last time.

Then the pain got worse.

I was in so much pain. It hurt to go to the bathroom. Everything from my chest down was acting up. I was having painful gas, acid reflux, and it felt like there was a ball stuck in my lower left abdomen.

I stopped eating because I was terrified of what was going on and eating seemed to cause a lot more pain. I lost a quick 10 pounds because I was scared to eat.

I didn’t want to go to emergency because of Covid, so I called 811 which is a hotline where you can talk to a nurse and decide what to do. He was the best part of the whole experience. He was calm and calmed me down, and I noticed that when my stress level went down, so did my pain. He recommended I talk to a doctor within the next 24 hours.

I called to book with my doctor and she was not available for a week, so I was booked in to talk to another doctor the next day.

I had a little hope that I was going to find some answers soon.

When he called, I explained everything to him and his response blew me away.

I was hoping he would order some tests, but he said, “I guess you could come in and I could check you out but I don’t want you coming in and making everyone sick.” He then proceeded to ask me if I had been tested for Covid. I told him that it was very unlikely I had Covid because I work from home and so does my husband and we go nowhere, but he insisted that I probably had Covid and should get tested, even though my symptoms had nothing to do with Covid.

Then he told me it was best if I talked to my doctor about these symptoms.

I waited another week with the same pain level but more advanced fear and talked to my doctor. She ordered bloodwork, an ultrasound, and an abdominal x-ray and told me that if it showed nothing she would diagnose diverticulitis.

I had my blood work done that day. It mostly came back fine. My thyroid levels were slightly high (I have hypothyroidism), and my urinalysis had oxalate crystals in them, so I started to wonder if I was having kidney stones.

I couldn’t get an ultrasound booked until 2 weeks later. But I thought that maybe my doctor would call to talk about the blood work and urinalysis and be able to do something about that.

She never bothered to call. I tried booking with her after waiting for 1 1/2 weeks, but she wasn’t available until after my ultrasound, so I just stopped trying to book with her.

Meanwhile, I was having all kinds of pain.

The pain would be in my stomach one minute and in my vagina the next. In fact, I had pain in my vagina that I’ve never felt before and it was terrifying.

And I had this constant feeling of having a ball in my lower left abdomen which made me think of a tumor.

I had to go to the bathroom all the time and sometimes it felt like I had a UTI.

I had the worst gas of my life that would not come out of my body. I’ve never had that kind of painful gas. It was like it was stuck inside of me and moving up and down my abdominal area trying to come out of some non-existent hole.

I went for the ultrasound and was in a ton of pain. The amount of water you have to drink for a pelvic ultrasound is a lot. I think the cyst made less room in my bladder. There was a point where I thought I would have to go to the bathroom and skip the ultrasound which terrified me because I just wanted to know what was going on.

She spent a lot of time on the transvaginal ultrasound, so I knew she saw something but, learning from my breast cyst, I knew better than to ask. (I was at a completely different imaging center.)

The day after my ultrasound, I tried to book with my doctor. Her history of not calling prompted me to take my own action. She wasn’t available for another 2 weeks. It was then that I decided to find a new doctor once whatever was going on was resolved.

When she finally called, she told me I had a cyst on my left ovary and that it was less than two centimeters big. She said it was a follicular cyst and I would have to get another ultrasound within a few months to see what was going on. If it got bigger, I might need to get an operation to get it removed.

That much pain for a small cyst? I think my stress over the situation added to the pain. The pain I was feeling all over my body, the initial unhelpful doctor talking about Covid, my doctor never being available, and a case of alopecia that has left me wondering if I’m going to lose my hair, all added to the pain.

Once I knew what it was, I joined this group on Facebook (highly recommend if you have an ovarian cyst) and came to terms with what could happen either way. I was thankful that it was a simple cyst, but I didn’t fully believe her. She’s not a good doctor and I just don’t trust her anymore.

My next ovulation and period were painful. Mostly the pain was in my vagina again, which isn’t pleasant. It was hard to pee because everything felt tight and constricted. And things hurt that shouldn’t hurt. I didn’t have any pain during sex, though, which was good.

My second ultrasound is at the end of this month.

Most of the pain resolved about 5 days ago. It’s no longer constant. I might feel a twinge here or there throughout the day, which is nothing compared to what I was feeling. So, I had some level of pain pretty consistently from February 2nd to around March 28th.

I’m a day before my regularly scheduled period and I’m feeling good, so that’s hopeful. I’m hoping the cyst is going away and almost gone.

This has been quite a year for me. But, between the anxiety, cysts, and alopecia, I’ve learned that I need to take my health into my own hands. Whether I’m going into perimenopause (I’m 43, but my friend is the same age and going through it) or something else is going on with my hormones, it’s obvious that doctors are not going to take the reins to see what’s going on. I need to dig into this on my own.

Moreover, I hope I never have any kind of physical issues again, but if I do, I’m probably going to take my chances with the ER. Waiting a month or more to find out what’s going on is not good. It causes more stress, more pain, and I think it keeps you sicker longer than you need to be. I think I probably could have resolved this pain a lot sooner if I had some information and could stop worrying about what it might be. 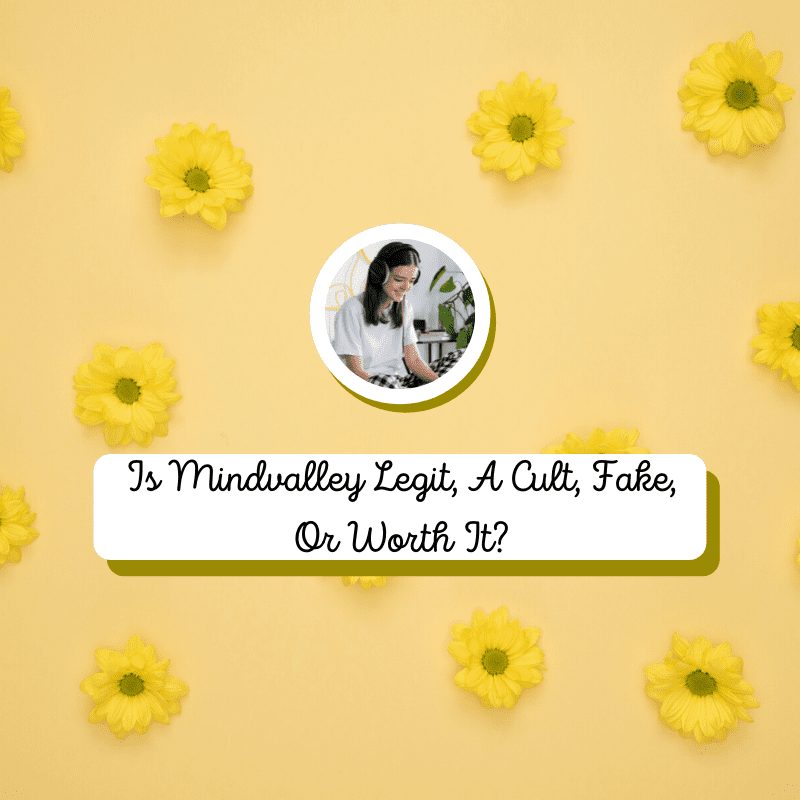