I’ve been taking WildFit by Eric Edmeades despite knowing that he doesn’t promote a vegan diet. When I wrote about what Eric Edmeades says are essential physical needs, I didn’t think I would end up taking his program and doing a review because he doesn’t support a vegan diet, and I’m vegan and always will be. I haven’t eaten meat since I was young and dairy has become a thing of my past in the past few years.

But, after listening to him over the months, I realized that he has a lot of insight into nutrition and could help me shift some beliefs holding me back from eating better. For instance, maybe he could help me cut out those processed foods that I still eat. So, I started his program and it’s pretty impressive how he’s set it up and how much information he gives out during each day.

On day 10, I was interested to hear him talk about dairy and some thoughts on how he feels about it. I can say that he’s on the same page as me with dairy. Once I started to educate myself around dairy, there was no way I would ever drink or eat anything made with it again. Ever. You couldn’t pay me to do it. These quotes from Eric Edmeades in his WildFit program illustrate exactly what I mean.

Cows are now suffering frequently, like as many as 1 in 5 of them in the US, with mastitis.

Why does that matter? Because when a dairy cow has a mastitis infection, the cow’s body does what it should and creates somatic cells to help fight the infection. These somatic cells end up in your milk. A lot of people refer to this as puss. Either way I look at it, I don’t want it in my mouth.

In WildFit, Eric says the government has determined a safe level of pus in the milk because it’s there.

According to this article, the FDA allows 750 thousand cells in every liter of milk. I’m not sure if they meant milliliters instead of liters. For some reason, I cannot find a page from the government that makes it clear. I’ll keep looking.

When looking to see what they do in Canada I found that they allow 400 million cells per ml and something called Aerobic Plate Count of less than 50,000 per ml.

What does your country allow?

Eric also says that the dairy industry has needed to increase the pus limit. I can see this happening. If you want your milk to get out there, then you need to make it as likely as possible it’s going to happen despite what’s going on with your cows.

In fact, in this article, they are talking about the need for global somatic cell counts standards… for better ratings and easier trade?

Advertising standards in various jurisdictions made them take that advertisement off the air because there’s no proof whatsoever anywhere that milk does a human body good any good at all.

I’m from the ‘milk does a body good’ generation. I think a lot of us are. I can still remember the commercials where I became convinced that milk is good for the body. Of course, I didn’t know anything about marketing at that time.

In WildFit, Eric said that if you give adults milk, and they have never drunk it before, they will throw it up because it’s too gross, so you have to condition kids to drink it, which is where all the fun marketing comes in. This is funny because I never liked the taste of milk growing up. I liked cheese, but not milk out of a carton, despite my mom trying to constantly give it to me because she thought it did my body good.

Every time I see a dairy commercial, I see the marketing going on behind it. They want to convince you of something. Either that their milk does your body good in some way or that their milk rises up to the standards that you currently think they are at.

When I was in my early twenties, I had a boss who gave up dairy. He was disgusted by it (much like I am now) and I remember him saying to me, “Why would I drink something from a cow meant for a calf? I wouldn’t drink cat milk meant for a kitten!”

At the time, I didn’t really get it, but now I do.

What kind of hypnosis would have to be in place in order for you to think that human milk is gross and milk from a cow is ok?

In WildFit, Eric talks about how he mentions to his audiences that you can buy ice cream made from human milk and many people in his audience get disgusted.

It shows the level we’ve been brainwashed to think that cow’s milk, meant for calves, is good for us, but human milk meant for humans is not.

Eric goes on to mention that we aren’t willing to drink other animal’s milk, like dog milk or rat milk, but cow’s milk… that’s a necessity! Well, that and goat’s milk.

This is an interesting fact. Breast milk changes as the baby grows. So what stage of development is the cow’s milk at when you drink it?

From what I’ve read, dairy calves are not allowed to drink their mother’s milk soon after being born.

In fact, according to this article and many others that I’ve read nursing isn’t allowed at all. They get fed by a bottle and then they could get discarded milk from antibiotic-treated cows?

It’s good for humans who drink milk, though. This allows the milk to be collected and sold to us humans rather than consumed by the calf that needs it.

Also from what I’ve read, cows raised to be human’s meat can milk their calves. How nice of the industry to allow that. 🙄

The more I read about the dairy industry, the more disgusted I am. I’ve even read articles from dairy farmers who talk about selling their calves and how calves aren’t used as much for veal as people think because, instead, they get to grow up and get ground up for beef. Don’t you feel better?

It just blows my mind the lack of compassion people have around animals like cows.

In any case, so far I agree with Eric in WildFit on dairy. Looking forward to what else he has to say about it.

Is WildFit Included In The Mindvalley Membership?

No. It’s one of the few programs that is not included in the Mindvalley Membership. You have to pay for it separately. It’s a long program and it’s intensive, so it’s considered a premium program. You can find the current price for it on this page.

If you want to learn more about WildFit, you can take his free masterclass here. 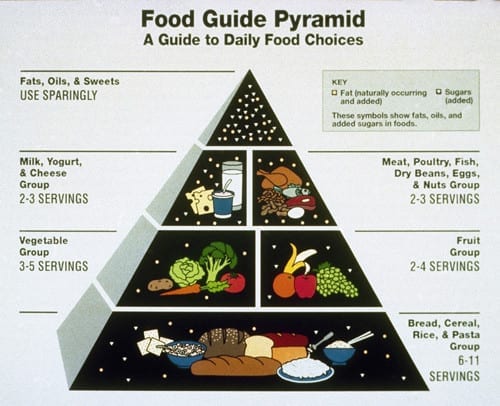