Just because something is vegan today doesn’t mean it will be vegan tomorrow. This is an important lesson I’ve learned as a vegan and I’m hoping my experiences will help newer vegans avoid the mistake of continuously eating something thinking it’s something vegan-friendly. 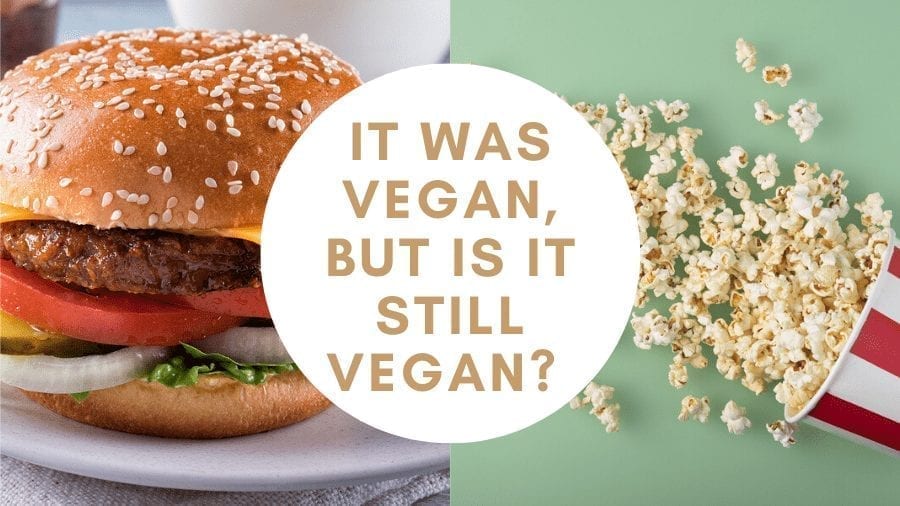 Before I eat something, I research it meticulously to make sure it’s vegan, but I don’t always go back and research again. I’ve made the mistake in trusting that things will just stay the same.

While it’s time-consuming and annoying, it’s important to keep up to date with the foods you eat in order to make sure they are still what you think they are.

Subway Got Me First

We ate Subway all the time on our road trips. We would just bring our own vegan cheese and mayonnaise, and we were set.

Then, one day I decided to follow up with my Subway research to see what other breads were vegan. And, that’s when I found out that Subway had added milk to their flatbread. At some point, it was added as the last ingredient. The following screenshot is from the Canadian PDF for nutrition. You can download your own copy by searching for subway ingredients in bread.

Why it needs to be there is beyond me. It was fine without the milk.

My husband and I have a theory that dairy owners are just trying to get their milk into everything because interest in it is on the decline – and for good reason. So, they are putting their dairy into any food that will take it, whether it’s needed or not.

Of course, that’s just our theory.

Anyway, I took it as a lesson to constantly check ingredients before planning to eat somewhere.

Also, we boycotted Subway because of it.

Cineplex Got Me After Years Of Being Vegan

Other theaters around us used dairy butter, but Cineplex was all good. Or so I thought.

Then the other day my husband and I went to a movie. I was so excited about the popcorn until I saw this ad above the ticket booth. 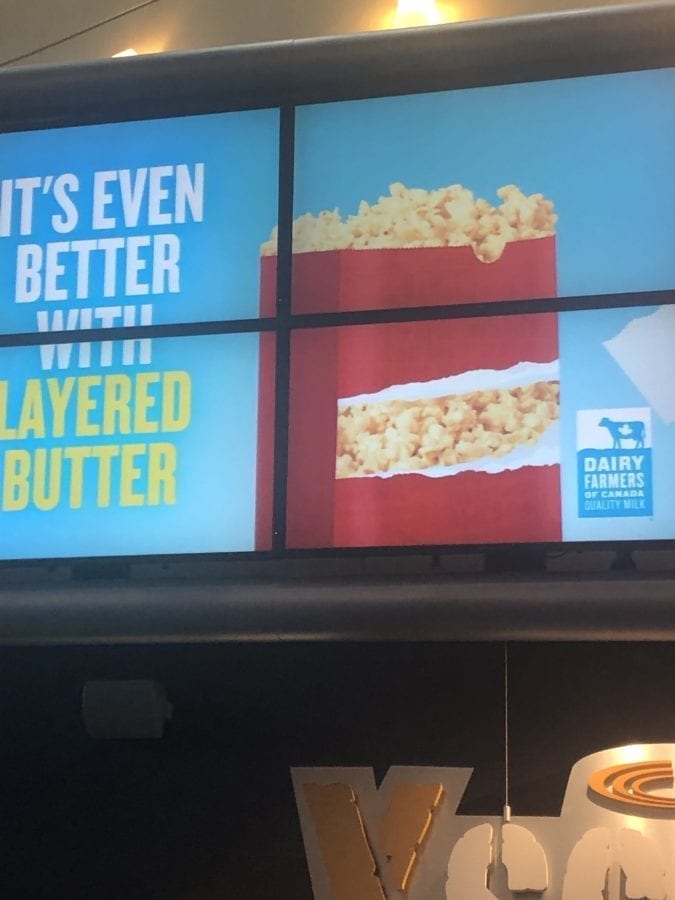 Everything I had read up until that point had me believing that I was eating a soy-based topping on my popcorn.

@ericabaguma Yes, it’s soybean oil based margarine however our popcorn itself is not vegan. It contains butter whey in the popping salt. ^RW

@Plaidratz Good news! Though it is not officially vegan because the packaging plant is not, our popcorn salt no longer contains whey powder.

To be honest, it’s really my fault that I didn’t recheck it. I should have. My instincts had told me that it was butter on their popcorn. We had only been to the movies a few times in the past six months, but I always told my husband that the topping tasted like butter. I essentially was saying, ‘I can’t believe it’s not butter!’ Still, I didn’t bother to check it out again because I had done a ton of research on movie theater popcorn and truly believed that Cineplex had vegan topping for the popcorn, even if they called it butter.

I found this article from July of 2019 saying that Cineplex butter popcorn had got an ‘upgrade’ by using real-butter topping. Apparently, Cineplex teamed up with the Dairy Farmers of Canada.

Do Your Research Or Eat At Vegan-Friendly Places

These little things are why we now prefer to make things at home or eat at restaurants that label things as being vegan. Thankfully, plenty of restaurants are adding vegan sections to their menus.

Even better, we prefer to eat at strictly vegan restaurants, which seem to be popping up more and more. There we don’t need to research anything or cross our fingers. We know it’s vegan, and it’s a really nice feeling.

But, even after years of being vegan, I needed this reminder to always double-check ingredients before going out. It’s a pain in the ass, but it saves us from eating something we don’t want to eat.