I’ve always been a fan of layered dips. Before I was vegan, I had a fresh layered dip that I loved, but it required cream cheese and I never found any vegan cream cheese good enough to use for it. Until recently. Now, I can make my layered cream cheese dip vegan style and it’s so good. I’m quite picky when it comes to vegan cheeses on dishes, so I’ll share what I used.

It’s not super pretty because I can’t delicately put my vegan sour cream and this vegan Spread’em cheese perfectly on the bottom. But, it’s so good! I added two packages of The Classic block cheese by Spread’em and at least 4 tablespoons of sour cream. 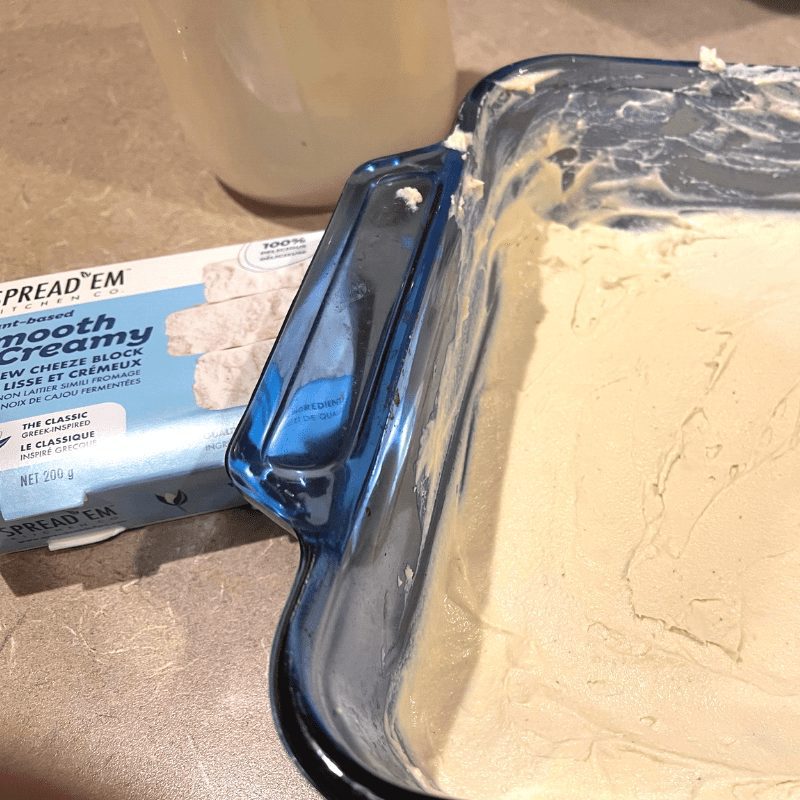 I only realized how good of a cream cheese replacement it was when I had to make a cheeseball for Christmas and didn’t want to make it from scratch so I tried it with this. It worked beautifully.

The only thing I don’t like is that there are little black specs in their Classic block. If you know me, you know I wash my cashews before I make anything with them, because… well, I did a video on why that I’ll include here if you are interested.

I wrote into Spread’em to ask them what the black specs were as I never have them in my cashews. I thought maybe it was pepper. Here was their response.

It’s just cashew. Let me know if you have any other questions.

I was a little hesitant because I work with cashews all the time and don’t have black spots. But, my husband convinced me that it was fine. He thought it was the end of the cashew or maybe even some sort of remanent of the shell. Ok, fine, I could get behind that.

I wish she would have given me a little more explanation, but on we go.

Diced Peppers Go On Next

These are so good in this layered dip. They add a freshness and a crunch that you don’t really get from the rest of the ingredients. If I had green pepper, I would have put that in too. I just put whatever peppers I have on hand. For this, it was two small yellow peppers and two small red peppers. 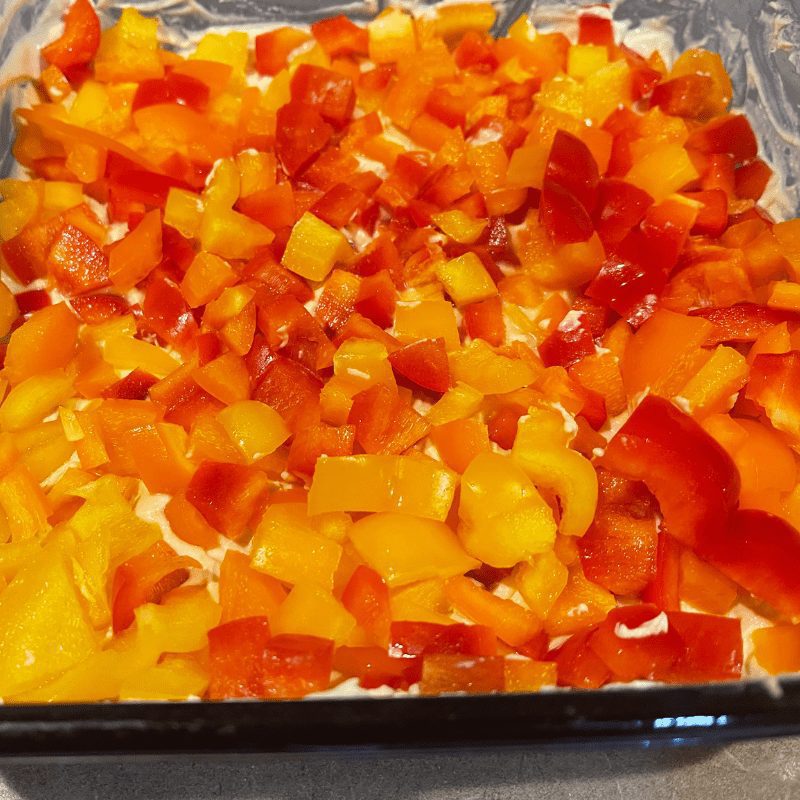 I make my own salsa with two cans of diced tomatoes, a can of tomato paste, jalapenos, onions, garlic, a splash of vinegar, a pinch of sugar, a pinch of salt, and a pinch of cumin. I just boil it all together and let it simmer for about an hour until it thickens up. Then I let it cool down and throw it in a jar. I put a lot on here, but in the pic, I just have a couple of dollops.  And I love green onions, so I add a lot to this layered dip. 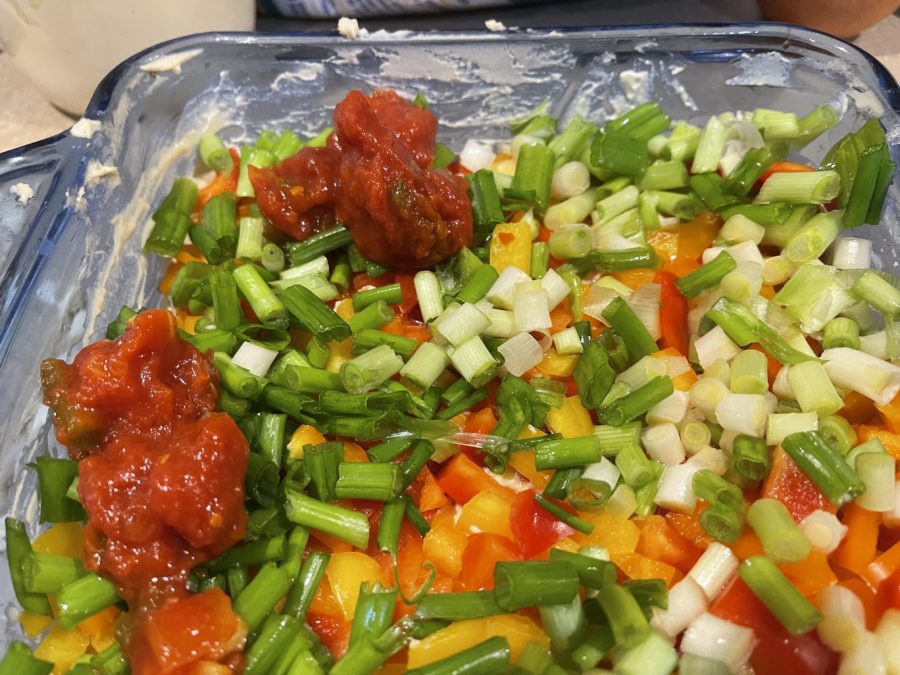 First I added Nurishh mozzarella. I often say that ‘this’ is my new favorite cheese, and I’ll say it again! This vegan mozzarella is my new favorite cheese. We found this about a month ago and man is it good. I mostly like it not heated, so I put it on fajitas or in wraps or on a tasty vegan layered dip! It comes in a block and grates beautifully. 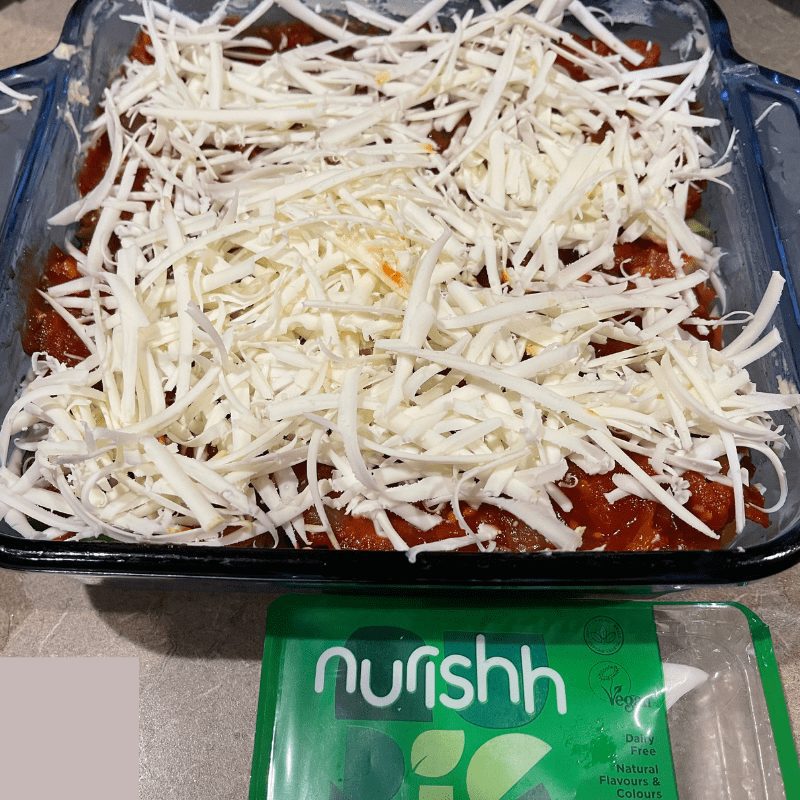 Then, I add my next favorite cheese which is Applewood’s vegan cheese. It’s tangy and smoky and shreds up really good too. 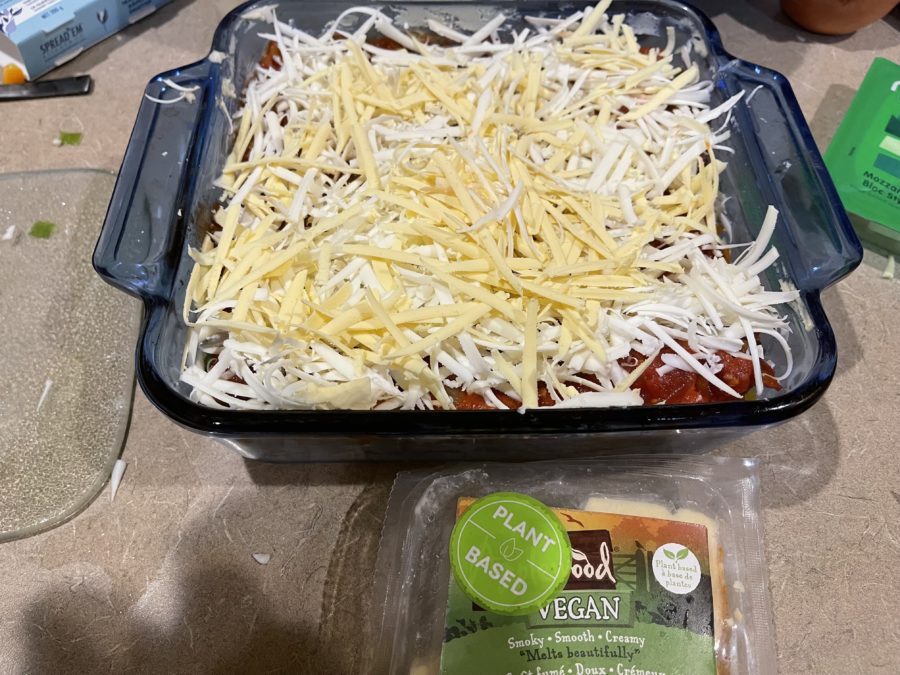 And Then I Add Some Lettuce 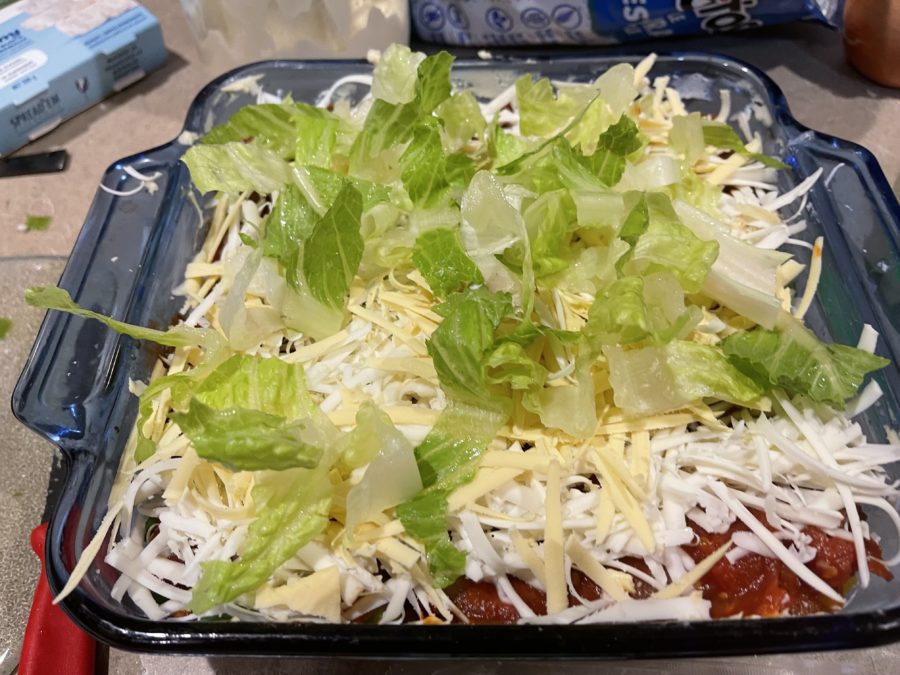 And voila! A yummy vegan layered dip that I could eat every day of my life but didn’t think I was going to until I found all my delicious vegan cheeses. 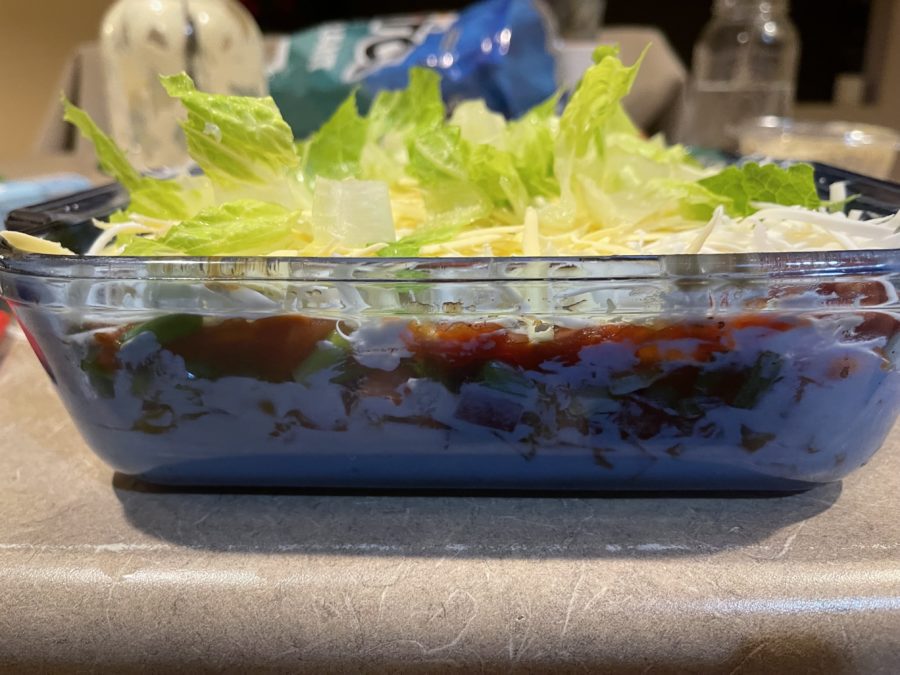 I have an idea for making my own vegan cream cheese similar to the Spread’em cream cheese, so if I can do that, I’ll make sure to write a post about it.