Everything Requires A Reason 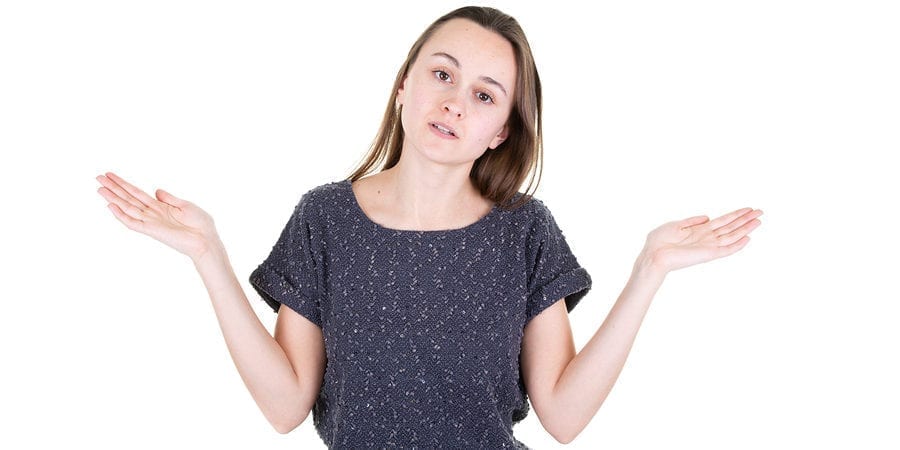 I had one boyfriend who was stealing money from me. He told me it was to pay off old debts because he was being threatened by people he had borrowed from.

I rationalized his stealing by telling myself and others that he was a good guy who was desperate and didn’t want me to get hurt if he got hurt. I rationalized the fact that he owed so much money with the excuse that he had been broke and desperate before me and needed to borrow money to survive… even though he had lived with his sister.

It didn’t make sense, but I didn’t want to admit that he was a bad guy who was lying to me. I wanted to believe that our relationship was better than that.

One time his entire tax refund disappeared the day he got it. He told me that he had given it to his brother to keep so that he could save up money and buy me a ring. I knew it was bullshit. We needed the money for rent and food and saving money for a ring was not a logical thing to do.

But if I had let myself truly admit that fact, I would have gone insane. I would have lost it on him for being so stupid. I would have caused so much stress in the relationship and on myself. So, I took his excuse and adopted it as my own. Deep down I was miserable because my inner self knew that he was lying, and that affected my happiness negatively, but I kept making the excuses.

Now I can see it for what it was. He was buying drugs with the money and lying his ass off to me.

The thing is that we have to come up with a reason. We don’t just let things go. So, when we don’t want to admit what’s really going on, we can come with excuses that don’t make sense to justify bad behavior and keep our sanity and relationship intact as we go forward.

I didn’t just want to rationalize things to myself. I wanted my friends and family to know that I wasn’t an idiot who would stay in an unhealthy relationship. So I told myself and them things that made everything seem more reasonable – at least in my eyes.

But, they were just excuses. They helped me cope with the stuff that was going on. They helped me face my friends and family in times of struggle. And, they helped me keep the relationship that I thought I so desperately needed.

The Act Of Rationalizing Is A Sign Of An Unhealthy Relationship

Every unhealthy relationship I was in had a lot of rationalizing in it. I can see that clearly now. I spent a lot of time trying to explain away things.

But, now that I’m in a healthy relationship, I don’t have to rationalize anything. Things just… are. They are what they are. I don’t need to make excuses for my husband’s behavior, my behavior, or my relationship, and that feels damn good

What I Learned About Rationalizing And Relationships

If you find yourself repeatedly making excuses about something, then there is a problem. And if you don’t deal with that problem, you will spend the rest of your time rationalizing it and suffering because of it.

Excuses I have made and hear from other people in my life are:

The list goes on and on. A lot of excuses are about ourselves too. For instance, I act like this because he/she makes me act like this.

We can rationalize almost every behavior away with an excuse, often with the hope that things are going to change in the future.

Rationalizing Only Allows The Behavior To Continue

Time after time, excuse after excuse, things will never change because there is no need for things to change.

I’ve learned that people develop habits both in their life and relationship, and if there is no real reason to change those habits, then they don’t change.

For example, I know a woman who is being mentally abused by her husband and, we think, physically abused (she once made the excuse that the car door gave her a black eye). She excuses his behavior with the lamest excuse – that’s just the way he is.

She’s obviously miserable. She’s aged 30 years in the past 10.

She left him for a month, but then she took him back knowing he was exactly the same as he was before. She didn’t require any kind of change or work from him, so he hasn’t changed. It’s been years now and the more she rationalizes his behavior, the harder it is for her to see that she’s making excuses.

In fact, she’s started saying that relationships are meant to be depressing and bad and that excuses everything he does – including cheating on her, abusing her, abusing her kids, and demanding her to clean and cook for him no matter what he is doing.