I’ve talked about Panago Pizza before. They offer the biggest selection of vegan pizza (from a non-vegan pizza place) that I’ve seen. I’m in love with their vegan cheesy bread, which has Daiya on it, but somehow doesn’t taste like Daiya cheese at all. But, as far as desserts, I haven’t known them to have anything vegan, until now. They are offering a new vegan apple pie on their menu! Or, as they call it, plant-based apple pie.

The problem with saying plant-based instead of vegan is that it could mean the ingredients are focused mostly on plants, but there are also animal products found inside too.

I’ve talked about this whole plant-based issue before.

The bottom line is that some people think that plant-based equals vegan while others just think it means something that is mostly made of plants.

Panago announced their plant-based apple pie through a Facebook post, and I thought the comments on it were telling of how confusing the term plant-based is.

In the comments, a woman asks:

As opposed to… meat-based apple pie?

It’s an example of how most people don’t think of dairy as something that comes from animals.

Thank God, I was getting tired of all those apple and wheat-based pies, cool that you guys are using plants now.

It’s such an ignorant and smart-ass comment, but at the same time, I get the ignorance – someone who doesn’t understand or care about veganism wouldn’t have a clue why apple pie isn’t already considered fully plant-based or vegan.

In fact, I think it would be better if Panago just wrote ‘vegan’ instead of ‘plant-based’, but I understand that the word would cause many non-vegan people to avoid it because… it’s vegan. But it might also cause actual vegans to pass it by because it doesn’t say vegan.

It’s such a conundrum.

Then again, maybe Panago is using non-vegan sugar and can’t claim vegan for that reason?

What Makes An Apple Pie Vegan?

Generally, to make an apple pie vegan, you would use non-dairy butter or margarine in and on the crust and vegan sugar in the filling.

I know how to find vegan sugar in my area because I’m in Western Canada, and Roger’s sugar which has a product number starting with 22 is vegan, so I just stick with that. If it’s a concern to you, it’s important to contact the company that makes the sugar directly to find out whether they use bone char.

I sent a quick message to Panago to ask if the apple pie was considered vegan. Here’s the reply I got. 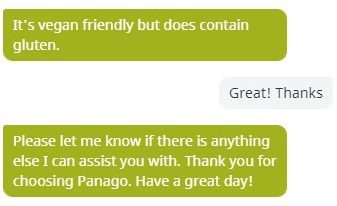 We had to try it. The description of it was an apple pie baked in a flaky pastry, with (obviously) cinnamon and nutmeg inside.

From the look of the box, I thought it was going to be hot.  But I think that’s just because it was in with the pizza and cheesy bread we got. 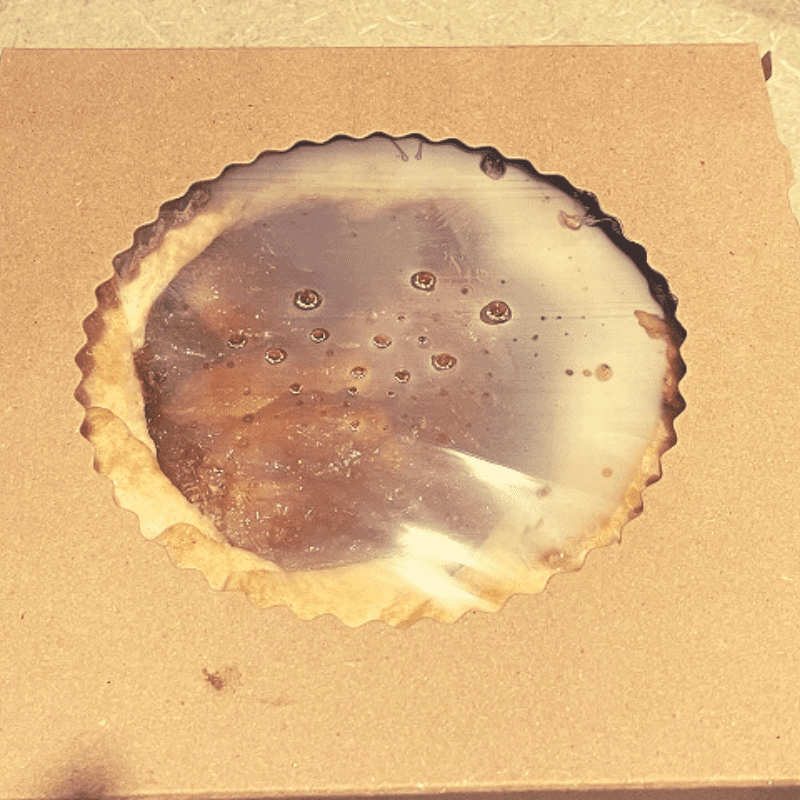 It was actually quite cold. 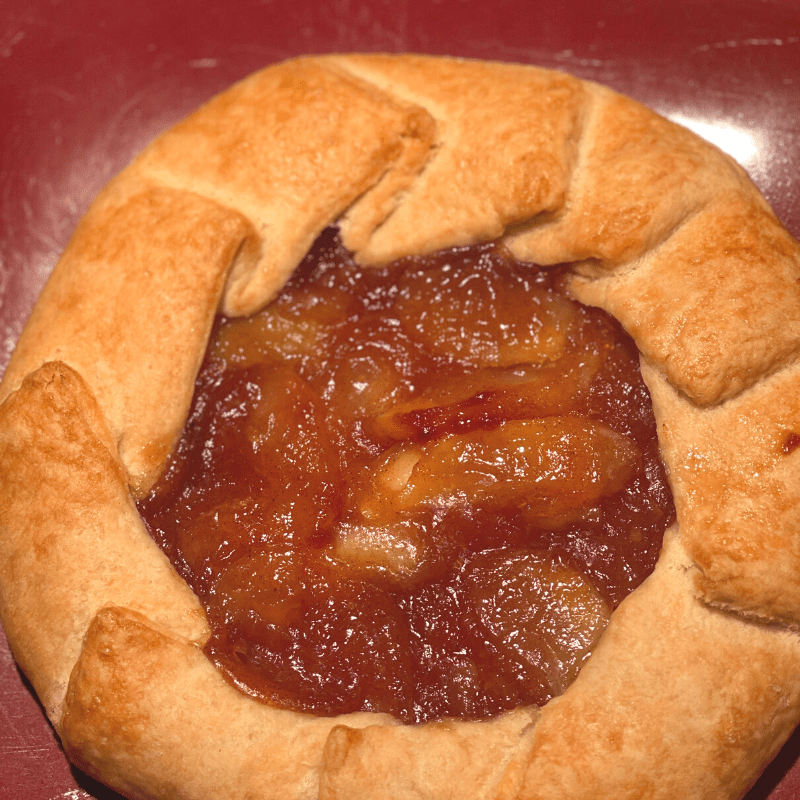 But it was good.

It just tastes like an apple pie with a soft crust around it. I don’t know about flaky. It was just soft.

There might be a little bit too much nutmeg for my taste, but my sense of taste is very high right now, so that could just be a me thing.

I tried it cold and hot, and I like it better hot.

Other than that, there’s not much to say about it. 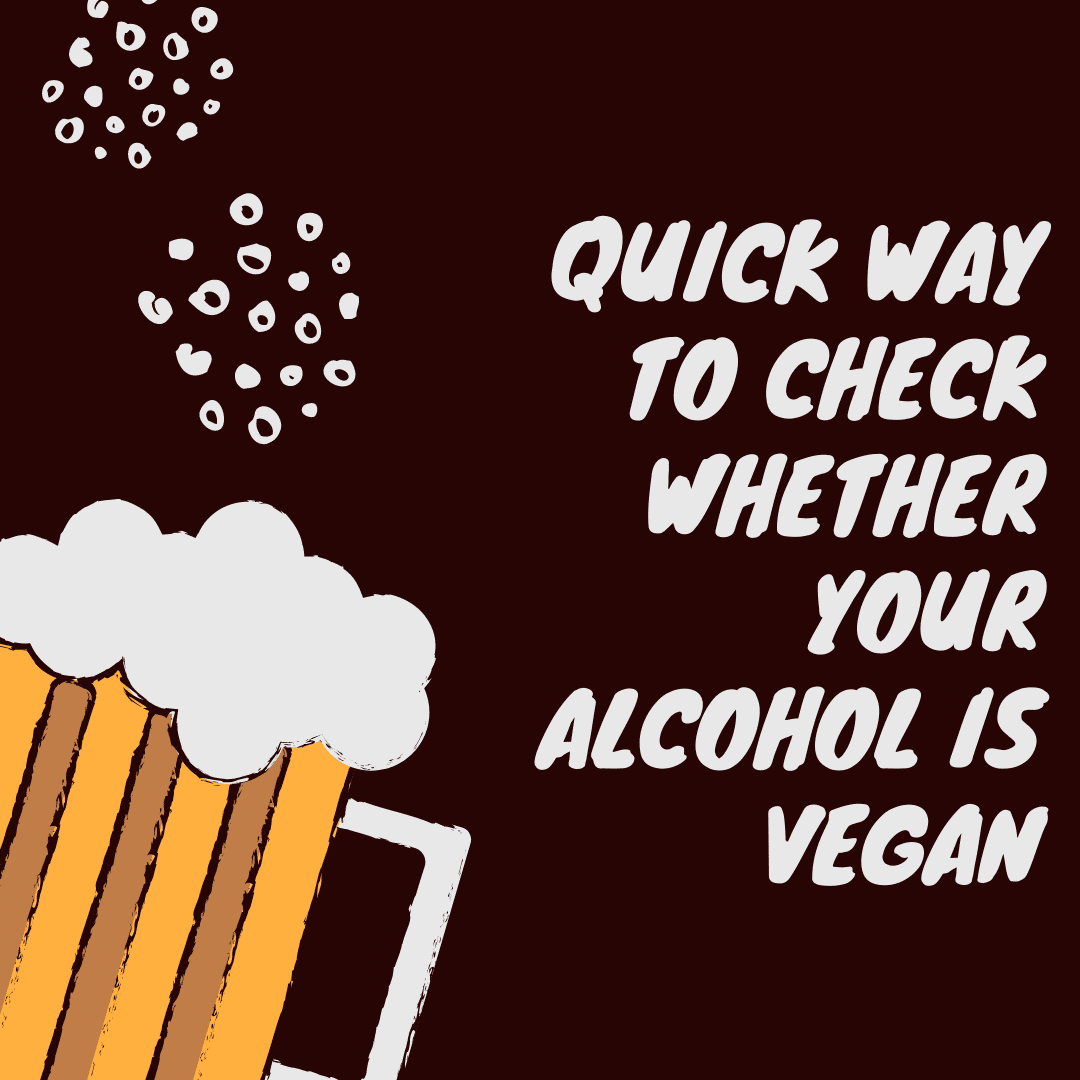