I would say that I’m pretty good at spotting a liar. I wasn’t when I was younger. I was lied to over and over again. And, despite the truth staring me straight in the face, I believed the person lying to me. But that’s alright because I learned from it. I was lied to so much about certain things that I became an expert at figuring out when someone is lying to me or not. Now I use that superpower to help me determine whether or not someone is being straight with me. Following are some of the obvious lies that I’ve been told over and over again. 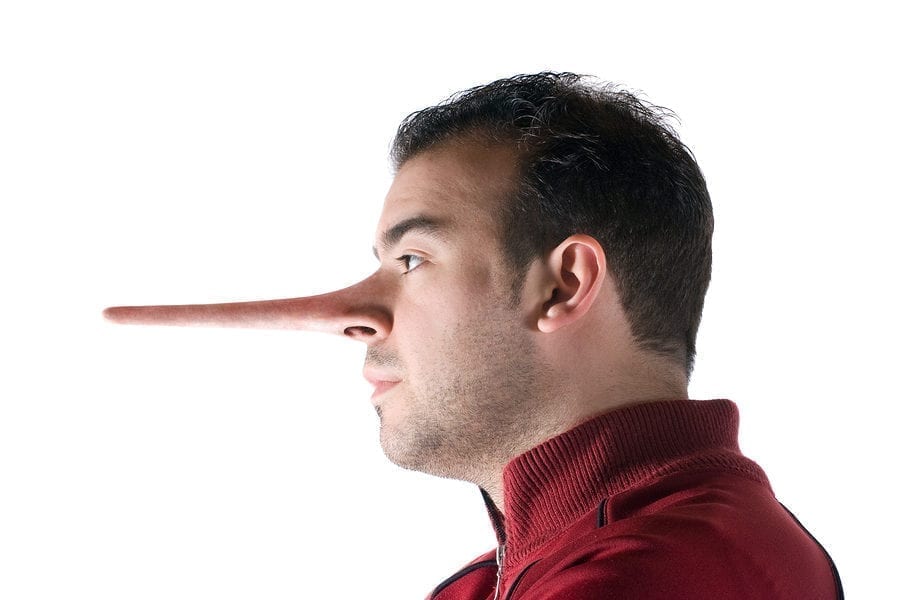 1. In Regards To My Websites

I’ve talked about why other bloggers can easily piss me off, but I forgot to mention this one. This lie is something I get told at least once a week through email. And, the email always seems to be the same, which tells me it’s a copy and paste email that gets sent around by bloggers and website owners trying to boost their site.

Then they send 5-10 follow up emails asking you if you’ve thought about their great deal yet.

They want a link to their website to boost their website’s power. I can understand that. What I don’t understand is why they send this kind of email when it’s obvious that they have never read one word on my site. How would they know what the vision of my site is?

The person who sent me this email runs a site that has nothing to do with reviews or life experiences, which is what Best Friend Reviews is based around. Their site has to do with beauty, health, and wellness.

Moreover, they promote recipes with meat on their site and I’m a vegan. One tiny look around my site would have told them that.

I don’t understand why people make up lies like this when it comes to building up their blog. I honestly wouldn’t promote their website at all now because of their lies.

If they had just taken the time to look around my site, figure out who I am and how we could work together, I would have been glad to work with them if our visions truly did align. But, now, I just see LIARS when I see their website.

2. In Regards To Texting With Friends And Family

I didn’t get your message.

I know someone who is always on their phone. When I spend time with him, he will spend more time on his phone than he will talking to me. He hears every alert. He sees every Facebook update. And he definitely sees every text.

Yet, sometimes when I text him, he won’t answer for days. Then, suddenly, he will say, “I didn’t get your message!”

Listen, I know you got my message. I’ve seen you and your phone. It’s attached to your hands.

Just tell me that you were busy or not in the mood to text. I would respect that WAY more than the lame lies you tell.

I don’t care about the money.

OK, so I’m not being told this directly, but it’s still a lie I’m being told over and over again. After all, vloggers and bloggers are speaking directly to the people who listen to them or read their writing.

Bloggers and vloggers are doing what they love to do. They either film or write about their lives, their passions, or their interests, and then they find a way to monetize it so that they can keep doing it. It’s not just a hobby, it’s a job or a business.

I don’t know why people are so ashamed of admitting that they are trying to make money doing what they love. Why do they hide the fact that their vlogs or blogs are their job or a part of how they make an income?

I’ve seen more and more vloggers and bloggers disclosing that they make money and are able to do their vlogging or blogging full-time now. In fact, because of Patreon, a site where they can get paid by their viewers to create content and do what they love, it’s hard to hide the truth now.

But that doesn’t mean that some people don’t try. One of the worst lies I hear over and over again is ‘I don’t care about the money.’ That’s simply not true.

If they didn’t care about the money, they wouldn’t have ads or do brand deals. Making money and doing a job go hand in hand. And vlogging and blogging are two jobs that you can earn money at while living the life you want.

When I see a vlogger or a blogger say that they don’t care about the money they make, I know they are lying. It doesn’t matter how passionate you are about a subject, you need money in order to feed yourself, keep a roof over your head, and live the life you want.

The truth is nobody has the time or the energy to work an offline job and vlog or blog full-time as well. If someone is vlogging or blogging, one of their goals is to make enough money to at least sustain them so that they can keep doing what they love.

And, even if they still want to work at an offline job because they love it, the extra income from vlogging or blogging helps them live a life that they want to live.

It’s not a bad thing to want to make money from something you love to do. You can be an awesome person and still make money. If you don’t believe me, take the course The Spiritual Laws of Money by T. Harv Eker. You will get pumped to do good things for others and the world – and make a ton of money while doing it.

4. In Regards To Spending Time With Loved Ones

I’m too busy to get together.

One of the most painful lies is when someone you love tells you that they are too busy to hang out with you. Almost always, you later find out that they sat around doing nothing or did something that was completely meaningless.

I can’t count the number of times that I’ve seen someone on social media doing nothing but gossiping and reposting contest posts after they said that they weren’t able to hang out because they were too busy.

I understand that people don’t always feel like doing something. I feel like that all the time. And when it happens, I’m honest about it because I don’t want them to find out that I’m lying and make them feel like I just didn’t want to spend time with them.

My husband has to deal with this lie constantly from his sister and his mother.

His sister and him have not hung out for over two years because she is always too busy. Yet, she will text him about a ridiculous show she watched or talk about how she spends all of her time at home doing nothing. It’s obvious she just doesn’t want to put in the energy to get together with him, and I’m not sure how she doesn’t realize her brother is aware of that. But, she doesn’t, and she keeps lying about being too busy to spend time with him.

His mother is always too busy to do something with him, but then we find out that she sat at home waiting for his sister to call instead of actually doing anything. She’s missed out on many road trips and fun times together because she’s too busy… spending time at home doing nothing.

5. In Regards To Getting Help From Co-Workers Or Employees

These lies are something that I’ve had handed to me so many times in my life I can’t even count.

When asking someone to help you out at work, they tell you they are too busy or so stressed out from the amount of work they have. But, when you see them later, they spend an hour talking to someone about nonsense and then another hour on their break and then another hour sitting around doing nothing.

Or, when asking someone at a store to help you, they tell you that they can’t because they are too busy. But, then you see them standing around doing nothing, talking to someone about their life, or going on their break.

You are not swamped.

You are not busy.

You may be stressed out, but that has nothing to do with work.

You are lazy when it comes to work.

6. In Regards To Doing Something That Costs Money

You want to go see a movie with a friend, but they tell you that they are broke and can’t afford to go see a movie. Then, you learn that they got their nails done, bought a new cooking appliance, and caught the latest sale at their favorite store.

People who are broke do not go out and buy something for themselves. They are on a strict budget and don’t have money to spend over their bills. Heck, half the time they can’t pay their bills.

If you really are broke, that’s a good reason not to do something. But, if you just don’t feel like doing something, then be honest and say so because people are not stupid and can easily see that you are not broke when you walk in with your new shirt.

The more you are lied to, the easier it becomes to spot a liar. I’ve been lied to by boyfriends, family, friends, co-workers, strangers, and people online. It gets exhausting after a while, and it’s the number one reason I try not to lie. I don’t want to look like a fool when I get caught lying – and I’m pretty sure I’ll get caught eventually.

Liars needs to understand that they are not hiding anything. Many times it’s obvious that they are lying, and that can cost them respect, trust, and even relationships.

Are there any obvious lies that you are fed consistently? Please share in the comments below. 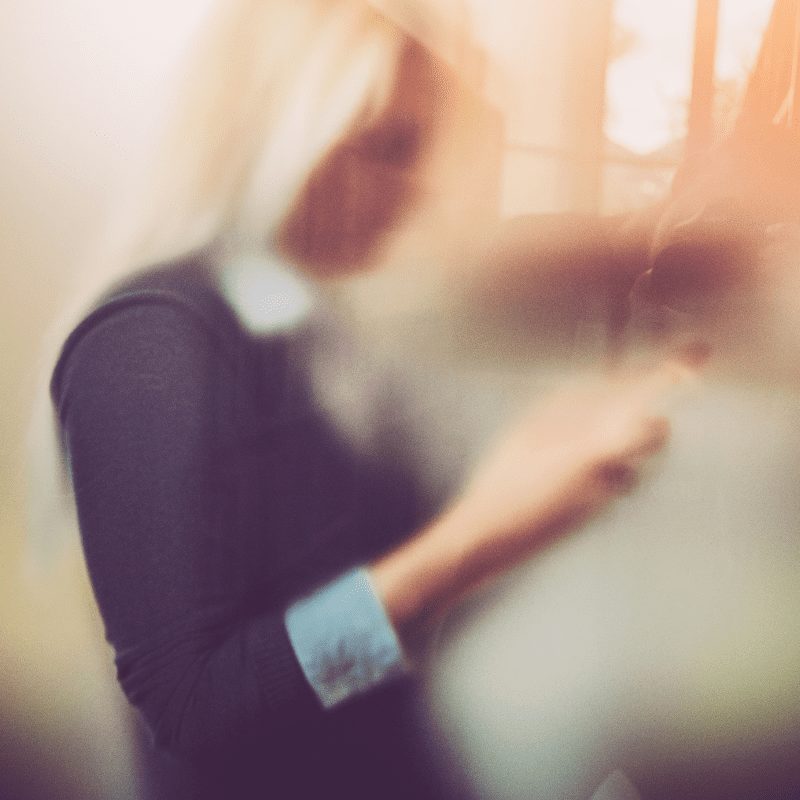 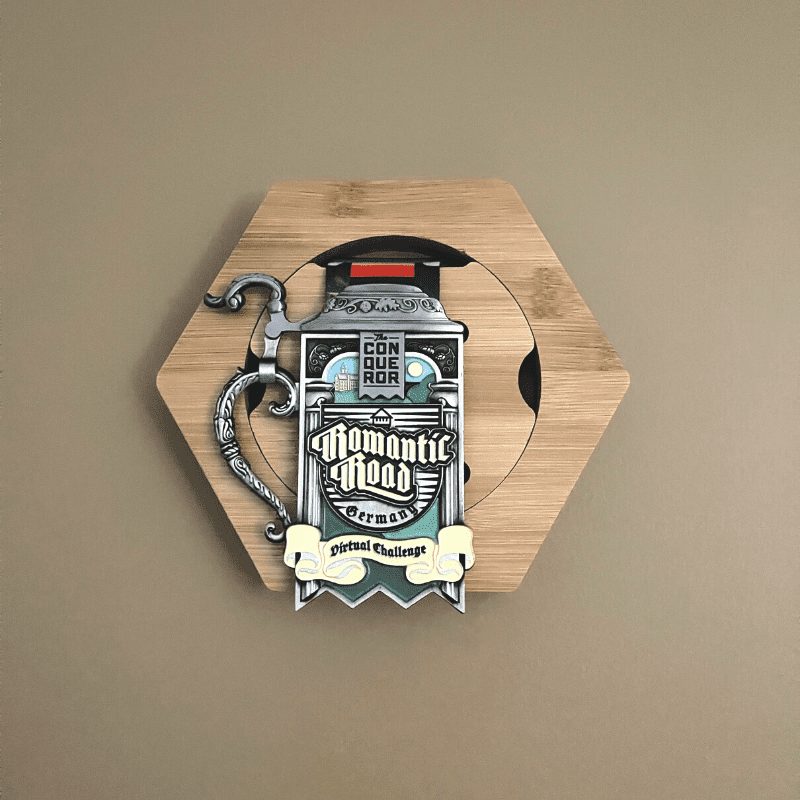