I love Lauren Toyota and her Hot For Food Vegan Comfort Classics cookbook. Because of her, I enjoyed tofu for the first time. And, among other recipes, I’ve made her vegan nacho cheese recipe a ton of times. Each time it has come out perfect. Before we went vegan, I found a potato and carrot recipe for cheese and it looked great in the pictures. I thought it was going to be amazing, but it tasted so bad we actually ended up pushing off going vegan for another month.

This nacho cheese recipe uses potatoes and carrots, but it is really, really good. I wish I had tried it first.

But, this time, I deviated slightly from the recipe and I was not happy. The nachos I had been craving so badly were covered in cheese that didn’t make me happy. It was so upsetting, so I thought I would share my lesson learned about her nacho cheese: don’t deviate from the recipe.

Her Vegan Nacho Cheese Recipe Is Probably The Most Popular Online

Her recipe for nacho cheese is no secret. You can find it on her blog here.

Yes, the recipe is also in the book, but it’s so good that it should be. It’s an essential for things like chili cheese fries or nachos, so it only makes sense it’s in her comfort food book.

Where I Went Wrong…

I did a few things differently. It was the taste that was affected, so I’m pretty sure I know what happened. Here’s what I did.

First, I used too much potato and carrot. You can see it’s clearly over the 2 cup mark and it should only be at about the 1 1/2 cup mark with 1 cup of potatoes and 1/2 cup of carrot.

Then, I added in too much coconut milk. You are supposed to add in 1/4 cup of non-dairy milk. I would say I added in somewhere between 1/3 cup – 1/2 cup. We use coconut milk because we find it gives it a good creaminess; however, I think this is where the recipe went wrong today. It tasted like coconut cheese! I’ve tried coconut cheese when I ate dairy cheese. I didn’t like it then, and I don’t like it now. I wanted spicy nacho cheese, not coconut cheese, but the coconut flavor overpowered everything.

Also, I didn’t have any tomato paste, so I added a little bit of raw tomato. I wouldn’t do that again. This could also be the reason for the intense coconut flavor. Maybe the tomato paste was covering up the coconut milk or adding some sort of element to the nacho cheese that gave it a zing and distracted from the coconut. I’m not sure.

I did notice my cheese had a tiny bit of water sitting on top of it after being blended, so I’m assuming that was from the tomato.

I have never substituted raw tomato for tomato paste before, and I’m not sure why I did it. But, I won’t do it again.

In the end, the cheese sauce came out at a decent texture, but it tasted like coconut cheese, not nacho cheese. There are many recipes out there you can play around with, but this isn’t one of them. For now on, I’m sticking to the recipe. I suggest you do as well! 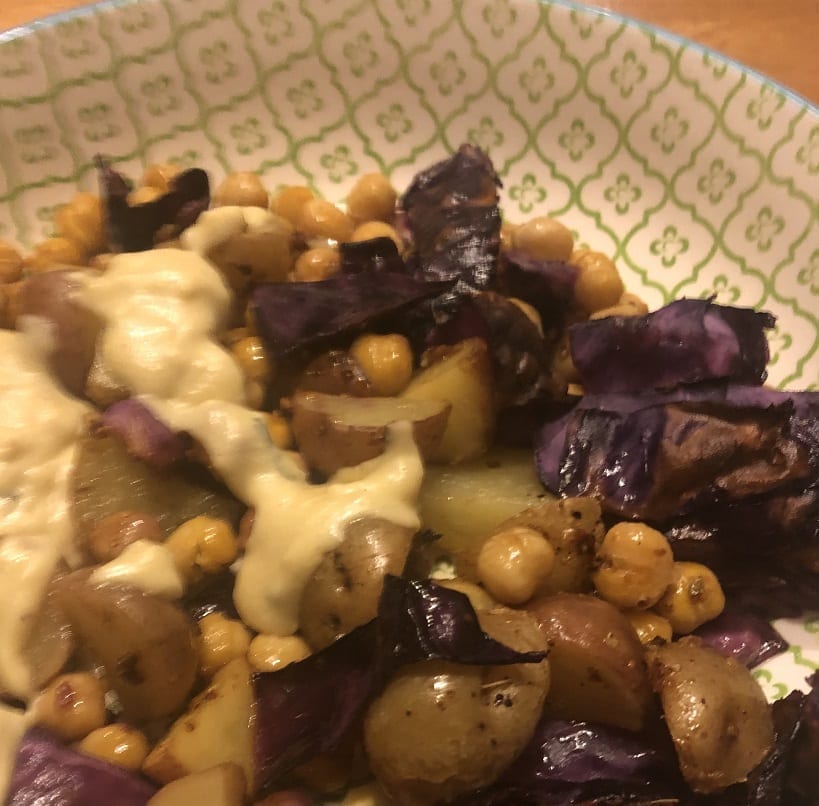