Why do so many people seem to see 11:11? It seems to be the most common number sequence that people see, and I think it’s so weird. According to Kyle Gray and his book Angel Numbers, 11:11 is a sign that we are all one. He says it’s a call from the angels to increase our intentions and actions to a higher level, as a lightworker would. So are we all being called to just be better humans? Maybe.

Are Angels Sending Us Messages Through Numbers?

I’ve always valued numbers. I’ve always played with them and noticed them and wondered about them. I do believe in things like numerology and enjoy sites like Numerologist that display how numbers have meaning in your life.

My husband is an accountant, so he also has an interest in numbers, just in a slightly different way.

We both believe, however, that numbers can convey a message.

For instance, a few years ago, I woke up at 4:44 am. Our 14-year-old Miniature Pinscher, Goliath, was very sick, and for some reason, I woke up at this time and looked directly at the clock. The number 444 was shining brightly, and it was seared into my brain. I went to Goliath and found him very sick. Much sicker than when we had gone to sleep. He was always such a strong-willed dog, so to see him sick like that was devastating and still hurts me deeply to this day. He died that day. Ever since then we have viewed the number 444 as a sign that he is around.

Why do we all have this common thread? With all the number combinations out there, why are 1111 or 111 or 444 the most seen numbers?

Maybe it does have something to do with this common thread we all share and the angels, universe, or whatever you want to call it is actually sending specific messages related to those numbers.

In Angel Numbers, Kyle Gray says that the number 444 is a message that your guardian angels are with you and your prayers are being heard. It’s a message to have faith.

Here is Kyle Gray talking about numbers and his book Angel Numbers.

The Angel Number book lists angel messages related to the numbers 0-999 as well as numbers you would see on a digital clock, such as 12:12. These include mirror numbers, such as 15:51 or progressing numbers such as 12:34.

Most Of The Angel Numbers Book Is About Messages Behind Numbers

There’s not a lot to the book. I read all the material in less than 15 minutes.

Kyle Gray talks about angels and numbers and how they can intertwine, and then he jumps into the number’s messages quite quickly. So, this book is mostly a book with numbers and corresponding messages.

Kyle Gray Channels The Messages Corresponding To The Numbers

I had never heard of Kyle Gray before buying this book, but apparently, he has been interacting with angels for a while. He first saw an angel when he was 15, and since then he has become one of the UK’s foremost angel experts.

Kyle Gray says that these messages he’s conveying in the book are channeled, not calculated in the way that numerology focuses on numbers.

In other words, Kyle Gray says he downloaded all of the book’s messages through angels. He did a lot of meditation while writing this book and invited angels to reveal the messages related to particular numbers.

I don’t write off anything as impossible, so while I’m not 100% faithful that he is channeling messages from angels, I’m not closed to the idea either. I would say I’m somewhere in the middle. I believe and I question, so I can’t make a definitive stance one way or the other.

Ironically, I 100% believe in using tarot cards to gain messages from the angels. I love my angel tarot cards and use them often. So obviously I believe in my ability to communicate with the spirit world more than I believe in other people’s abilities.

In any case, if you enjoy numerology, Kyle Gray says that you can combine what you learn through this book with numerology to help you gain more clarity on the messages being sent to you through numbers.

The other number I see a lot is 153. In fact, I dreamt about it years ago and it’s stuck in my head ever since.

I’ve always viewed it as a lucky number. After my dream, I spent a long time playing a lottery game called pick 3 (where you pick 3 numbers) with the numbers 153.

In Angel Numbers, Kyle Gray says that the number 153 means that your increasing trust in the universe is allowing it to present you with miraculous solutions to your challenges and that you should continue to trust.

I like the idea of that. That message feels lucky to me. It makes me feel as if I keep having faith and keep taking action, things are going to work out.

The book gives you a reference tool if you want to look up numbers. No matter what number you come across, you can find a way to interpret it through Angel Numbers, because Kyle Gray gives you meaning for the numbers 0-999 as well as a key code to help you decipher other numbers.

You can also use the book as an inspirational tool. For instance, look at the clock right now and notice the numbers. For me, it’s 9:49. Look up the message in Angel Numbers, I can see that 949 means:

The Holy Spirit is filling up the cup of your heart until it is overflowing. Know that you are deserving of miracles. 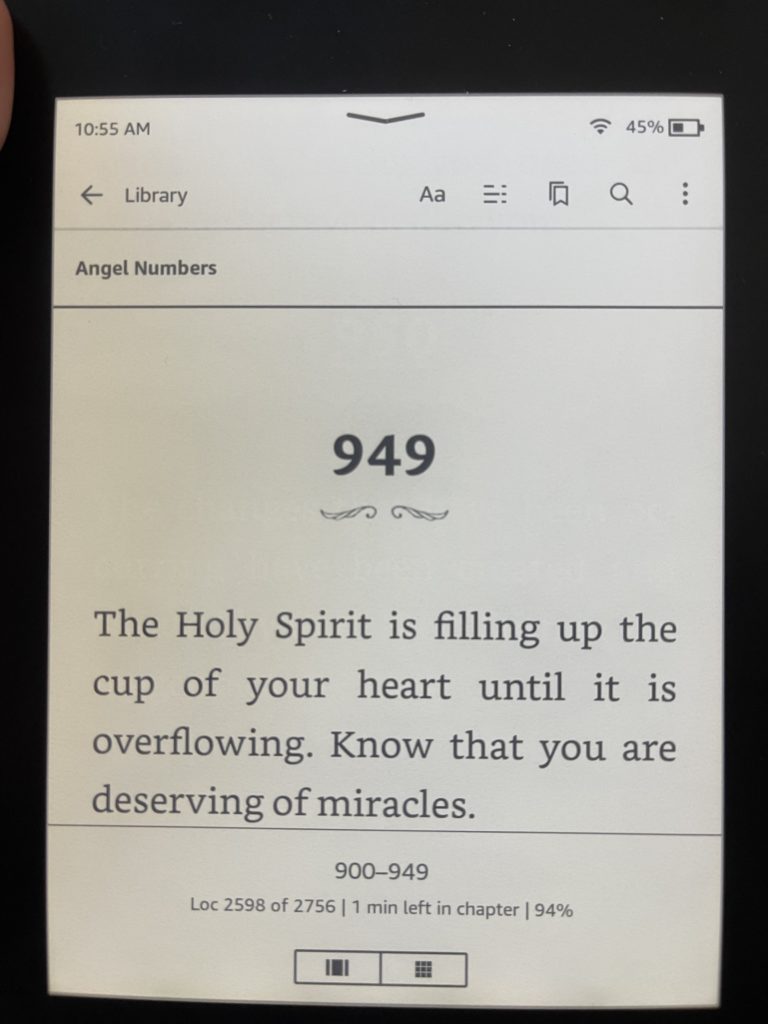 You can use the Angel Numbers book to look up repeating numbers, numbers that you dream about, numbers that stand out to you, or numbers that appear during a particular interaction.

The bottom line is that the Angel Numbers book has a lot of good reviews on Amazon, which is why I bought it. Most of the good reviews view the book as a resource to turn to when a number appears in their life and they want to find meaning for it. I concur. Therefore, if that’s what you are looking for, then you will probably like this book too. 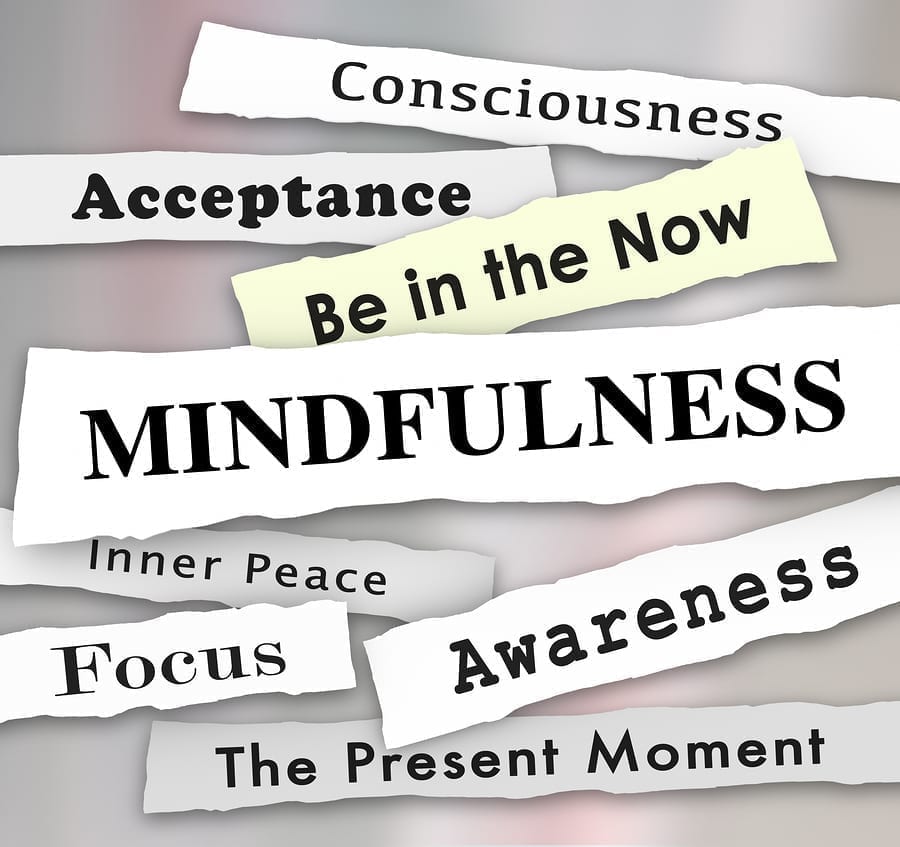