I’m part of a few vegan groups online, and the number one complaint people have is that their family is not supportive of them being vegan. My family is different. We have my parents over once a month for dinner, and they have really grown to like vegan food. I never expected my parents to host us for meals, but my mom decided that she could make a vegan meal once a month, and she has been doing really well. The last meal we had there was a nice thick chili with everything in it and lemon meringue pie. 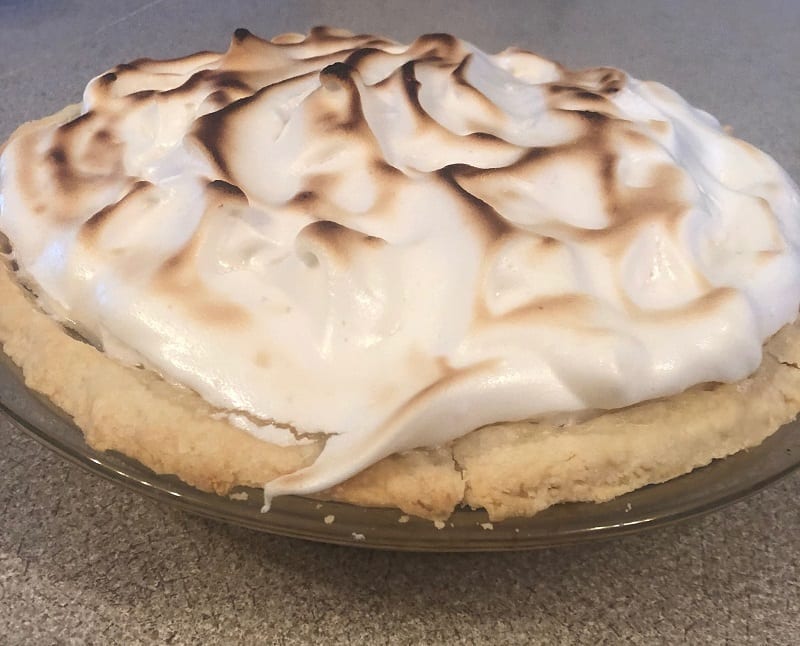 My mom found this recipe for vegan lemon meringue pie and went for it. She made the crust and pie filling with no problem. And then, on the day we were coming over, she made the meringue.

I haven’t even tried making meringue out of aquafaba yet, but she was brave enough to give it a go. She says it whipped up really good and soon she had this delicious white stuff that she plopped on top of the pie with a spoon.

It really was good. I haven’t had meringue in forever because I haven’t eaten eggs in forever. But, in this recipe, I could taste the vanilla and sweetness, which was so yummy. The meringue was soft like whipping cream. 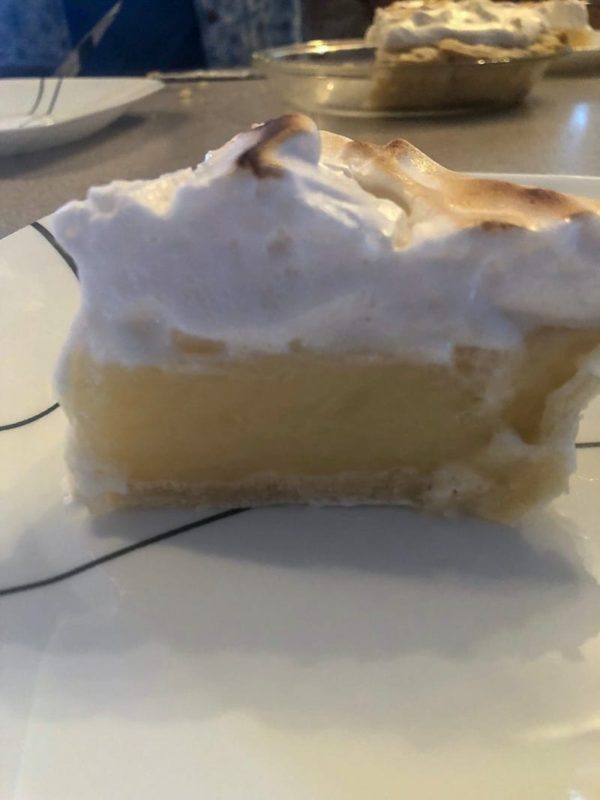 The top even browned in the oven. My mom says she had her face glued to the window to make sure it didn’t burn. And she had no problem pulling it out at the right time. 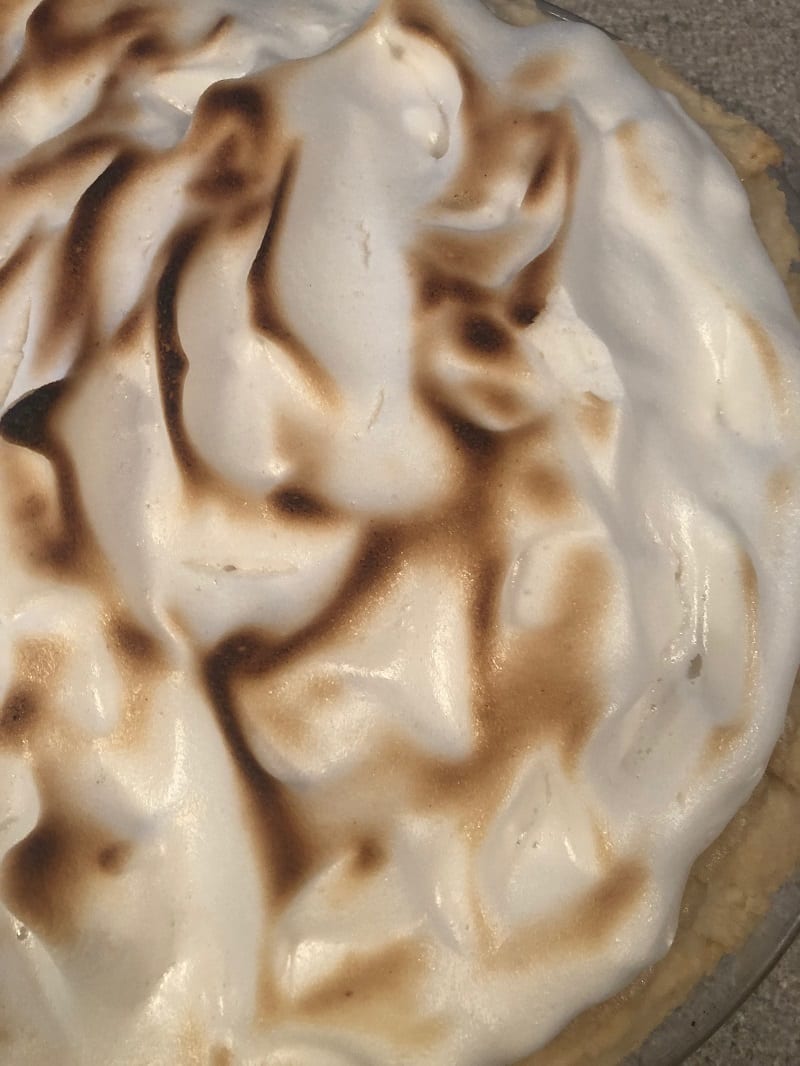 She Almost Nailed The Vegan Part

I’ve made it clear to my mom that I can’t help but check the ingredients she’s using when we go over there because dairy gets snuck into a lot of things. I hate doing it because I feel like I’m showing her I distrust her, but I know how hard it is to catch dairy sometimes.

There’s only been one time when she bought something that she thought was vegan, but it turned out not to be. Other than that, she had been doing pretty good. So, I checked the ingredients in the recipe. The only issue I saw was the vegan butter, but I knew that she knew what vegan butter we used, and I figured she had used that in the pie.

Unfortunately, while we were eating, I remarked on how good the crust was, and my mom told me that she even went out and bought stick margarine for it.

Now, if you are vegan, you know that margarine usually isn’t dairy free. That’s something that gets learned through trial and error.

I looked up at my mom and asked her what brand she used. She told me Becel and pulled out this stuff.

She had every right to think it was vegan. It says ‘made with plant-based oils’. The first few ingredients say oil and water. Why would she think to look for milk in there? But, I saw the ‘whey powder 1% (milk, barley)’ very quickly when I took a look at it.

I’m not sure if companies do this on purpose, but it’s frustrating to me. It feels like they are tricking people into thinking their products are something they are not. But, I’ve learned that unless it says dairy free or vegan, you really need to check the ingredients to make sure that dairy hasn’t been snuck in there.

My mom felt so bad, and I felt bad.

I remember when we first went vegan, almost two years ago. I didn’t want to cook for my parents because I had no idea what to cook.

Now, I have too many ideas.

I’ve always known that my mom might accidentally put something in her food that isn’t vegan because she’s not the hardcore label reader I am. She doesn’t need to be! She is willing to eat everything, so checking labels is not something she does.

I appreciate her efforts and am going to do my best not to spend too much time in her kitchen looking over labels with a magnifying glass. She has learned a lot about vegan cooking over the years, and this is just one more lesson that will make her a great vegan cook for when we come over.