I’ve been having some physical issues this past month, and my doctor has been less than helpful. In fact, she and her staff had made me worse by stressing me out, not following up, and rescheduling appointments. There’s not a lot I can do about that besides getting upset – which doesn’t help me feel better, so I decided to take some sort of external action on my health. I decided to book a Reiki session to see if it would help me feel better. Thankfully the Reiki practitioner was quick to get back to me, made me feel important, and booked me in fairly quickly. It was such a relief. 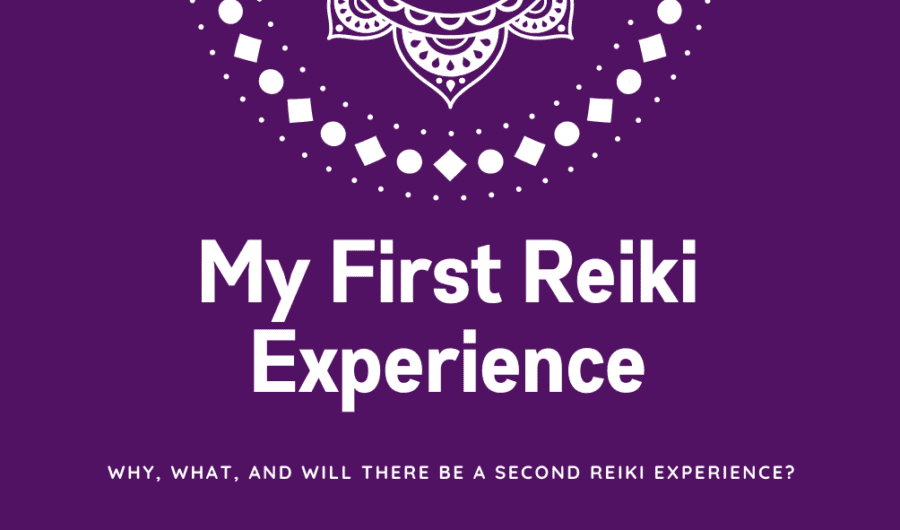 I’ve been trying to get a grip on my physical pain since February 2nd. It’s a pain in my lower left abdomen that one doctor diagnosed as diverticulitis a year and a half ago, but I’ve never had any imaging done to prove that.

I’ve been struggling with getting centered and thinking rationally about my pain. I’ve been doing hypnosis, stress-relieving techniques, and a lot of distractions, but I haven’t been able to overcome the issue on my own.

Obviously, I’ve had this pain before as it was what led to a diagnosis of diverticulitis, but this is the longest I’ve ever had it and it’s been the most pain I’ve felt. I couldn’t get past worrying and stressing out about it because my blood test and urinalysis had me worried that I had some sort of kidney issue that went along with this pain. Thankfully it didn’t show an infection, but it did make me think that kidney stones were an issue.

Unfortunately, I wasn’t able to book an ultrasound for weeks, which made everything worse.

And, my doctor, who said she would follow up within days after the blood tests, never did. I tried to take that as a good sign and wait for my ultrasound, but it didn’t work because I can see my results online and I knew there were a few things on that blood test that needed attention, including my thyroid levels.

As soon as I had my ultrasound done, I tried to book with my doctor. She was not available for another two weeks! She hasn’t bothered to call me at all. Again, I’m hoping this is a good sign, but because she had said she would call me if something was wrong on my blood tests (and there was), keeping the faith that it’s all good is not easy.

What a shitshow, to say the least. If nothing is visibly wrong (and it better not be, or she should have called me sooner!) I’ll be looking for a new doctor as soon as I get my thyroid sorted out. (Update: She finally called me and I have an ovarian cyst. Why she didn’t call me sooner is beyond me, but I’m going to be looking for a new doctor when this cyst is gone! Her inability to call me made everything, including the pain and likely the cyst, worse.)

In any case, after my ultrasound a few weeks ago, I decided that I needed to have some sort of control over my body, so I booked my first Reiki session.

What I Expected From My First Reiki Session

I expected to lay on a bed, have someone move their hands over me, and hopefully get my energy moving. I felt like my energy was stagnant, especially in my lower chakras, and I couldn’t get it unstuck. I really wanted my energy to start moving.

Before my Reiki appointment, I did go back into Donna Eden’s energy medicine program and try some pain-relieving techniques, which worked a bit. But I think my worry and fear were preventing my body from totally letting go. I mean, how can it when your mind is sending constant messages that something is wrong?

This is why I needed someone else to help me. I needed help from someone grounded and full of positive energy that was flowing and moving and doing what it should. I felt that if I could get into their energy space, my energy could align with theirs as they worked on me.

So that’s what I expected. I was hoping my Reiki practitioner would be balanced and I would align with her energies as she worked on me.

I also hoped my energy would start to flow better and release whatever issue was keeping this pain in my abdomen.

What Happened During My First Reiki Session?

I was so nervous. Maybe because I hadn’t had close contact with someone outside of my bubble since the pandemic started. But also I think I was putting a lot of hope into the experience. I was really hoping it would help me heal.

When I got there, she took me to her Reiki room and had me fill out some papers for Covid’s sake. Then she got me to get up on her heated bed for the session. She explained what she was going to do, but I wasn’t totally listening. I was busy trying to calm myself down and get into a state where I would be open to receiving any sort of healing she offered.

She started at my head by putting a tissue on it and then laying her hands on top of the tissue. Unfortunately, I had two masks on, and apparently, I was able to breathe easily from the top gap which I only realized when I suddenly had a hard time breathing as she covered the top of the masks. This led to a small amount of panic and worry about my breathing. She later told me that I should have felt a multitude of thoughts during that aspect of the Reiki session as the energy would work on releasing negative thoughts. Well, I just had two thoughts. Am I going to be able to breathe? Should I tell her to stop?

Once she moved past my head, I really enjoyed the Reiki session. Her hands were warm, and I tried to concentrate on the area she was working on.

I thought she would hover her hands above me, but she actually put her hands directly on me. She laid her hands on my forehead, neck, above my chest, my upper abdomen, middle abdomen, lower abdomen, knees, and feet.

When she got to my lower abdomen, I went into hardcore prayer mode. I set an intention to heal that spot before I came, and I focused on the word heal as she stayed in that spot and worked on it.

After doing my front, she had me turn over. The bed was essentially a massage table, but it was really hard for me to lay with my face in that tiny hole with my masks on. I could barely breathe again, so I had to fold my arms and lay on them, which was uncomfortable. I wish I would have spoken up about it because I focused more on how uncomfortable I was than the rest of the Reiki session. Although, I did say my healing intention word heal when she got down to my lower back.

When she did my feet as I laid on my front, I felt a ton of energy. I felt it pulsating off my feet in waves – out into her hands. Researching this afterward, I have to wonder if all my excess energy from stress – both mentally and physically – left my body.

I also noticed that some people, such as this person, said that when your feet’ chakras are blocked you can be slow to heal. Usually, my pains go away in a few days, but this time was so different. I’ve never experienced so much pain continuously before.

After My Reiki Session

I was a little dizzy when I got off the table, but I didn’t feel much different.

Well, that’s not true. I felt a little awkward because I knew she was going to ask me how I felt, and I didn’t feel much of anything.

I told her I felt more relaxed than I had in a while, which was true because I had spent the past month focused on my pain and worry around it. With the Reiki session, I was focused on healing and found myself to be totally present.

I also told her that I felt a lot of energy in my feet. But she couldn’t explain to me what that meant, which I thought was a little odd. She didn’t have an explanation for what the feet meant. It was just part of the Reiki sequence, she told me.

Then she told me that I had a lot of heat coming off my chest and around my hips. But she looked bashful when she mentioned my hips. This had me wondering if she was just saying that because I had told her about my abdomen pain.

Regardless, as someone who believes in energy medicine, I left the appointment hopeful that something would shift, and it did.

That pain in my abdomen went from a constant 3-5 out of 10 to almost nothing. Then it disappeared for a day and came back with a pain level of almost nothing again.

The relief I felt was off the charts.

I feel like going to a Reiki session was the best thing I could have done.

At the most, her energy helped me.

At the least, my belief in her energy helping me helped me.

Either way, I don’t really care. The pain is gone, and I feel normal again.

Will I Have A Second Reiki Session?

Despite me being a skeptical person on some accounts, I truly believe that sometimes I’m going to need someone else to help me balance my energies out. I had relief from my pain after the Reiki session, and that’s outstanding to me! Everything else I tried on my own failed.

I’m so glad that we have some alternative options to help with our health, and I will always take advantage of whatever I can to do so.