This review is of the Modern Qi Gong program on Mindvalley by Lee Holden. It’s a 30-day quest with daily lessons and, of course, a daily video with Lee Holden taking you through the practice of Qi Gong. I really enjoy this practice. It feels spiritual and healthy. But I wasn’t always able to do it the way he was doing it, which I will explain in the review. 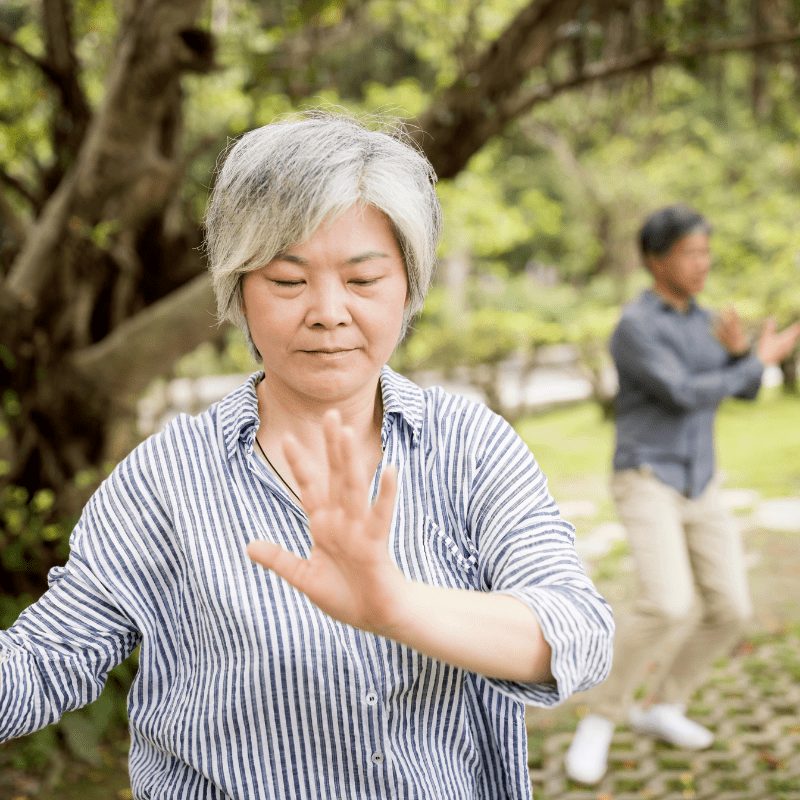 I’m even confused about how to spell Qi Gong. In the quest on Mindvalley, they spell it both as Qi Gong and as one word – Qigong. Looking online, I see that it’s spelled both in one and two words too.

I’m just going to use Qi Gong because that’s what the program used.

Even though I’ve never practiced it, I’ve been around it.

When I was younger, I worked in a continuing care hospital, and I occasionally worked on the Ming-Ai unit, which was home to strictly Chinese residents. Every morning, the residents and their family members would meet in the dining room and do Qi Gong. It didn’t matter if they were in wheelchairs or could stand, they would all participate the best they could.

There was an energy in that room that was relaxing and grounding, and I can understand why now. Qi Gong is all about healing, nourishing, and connecting, which, I understand now, is exactly why it was so valuable to those residents.

Lee Holden Is A Great Teacher

If I saw Lee Holden on the street, I wouldn’t think he was a Qi Gong instructor. If I was to make a quick assumption about him without knowing him, he looks like an ex-football player who is trying to force his son to follow in his footsteps.

But he’s actually a really gentle and compassionate person who happens to be great at teaching Qi Gong. In every lesson, he does an excellent job of explaining how everything works and how everything is related to each other. 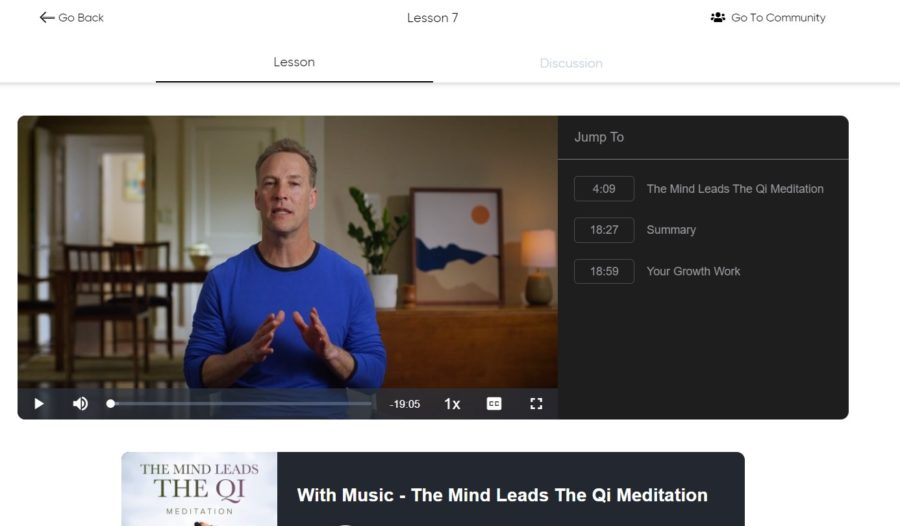 And in every movement flow, he demonstrates every moment perfectly. You never get lost or wonder what you are supposed to be doing. Moreover, he clarifies what the movement is doing for you so that you feel a sense of purpose with it. 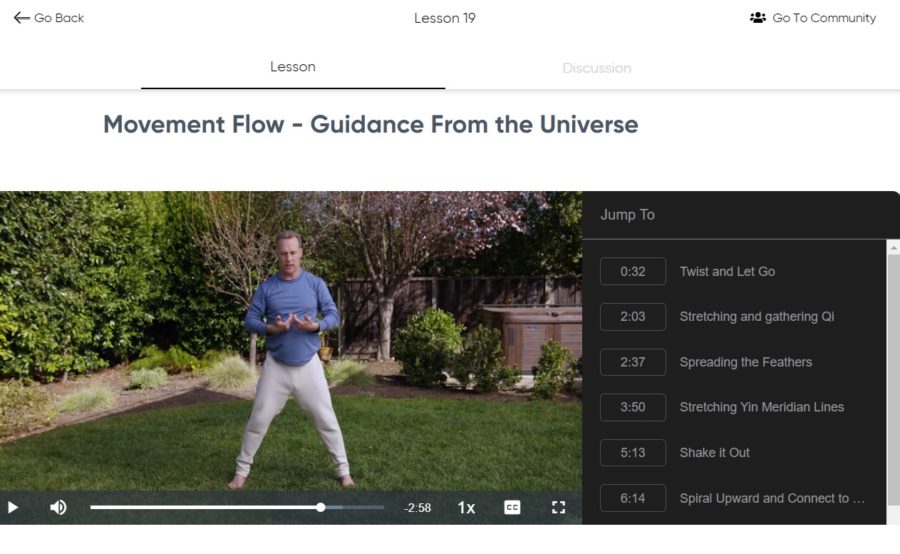 He does have his own website that you can check out here.

The Movements Are Easy And Mostly Doable

Some days I found these really easy to do and fell into a rhythm that felt really good.

But, some days, my shoulder didn’t like the movements and would twinge in pain as I tried to lift my arm up and down. I had hurt my shoulder just before I started this quest, and sometimes I found the movements, as easy as they were, were too much for my shoulder.

I improvised and used my other arm as best I could during these times.

Nothing else on me hurt, though. I do have some knee problems occasionally, but I didn’t have any pain in my knee or anywhere else doing these movements.

The Movements Are Usually Really Enjoyable

What I found was that – if I had the energy to get on my Qi Gong exercise – I really got into it. It was like dancing, where you do a movement that feels good and you just want to keep swaying and moving to the music… or in this case, energy.

It mostly happened in the beginning, so I think it was just a matter of making Qi Gong a habit, but some days I was downright exhausted and didn’t feel like moving my body at all, no matter how easy it was.

Here are a few of my notes on how the Qi Gong practices made me feel.

Most of my notes were like that. Enjoyed the movement and felt better afterward were my main thoughts.

You Learn Movements For All Kinds Of Life Issues

And there are a few simple meditations thrown into the course for life issues too.

Did I feel a difference between movements meant for different things? Not really. I didn’t find that some made me happier, and some made me feel more creative.

Instead, I found them all to be grounding and stress-reducing.

I found them all to feel good and energize my body but also calm it at the same time.

Some Movement Flows Are Shorter While Others Are Longer

The last few days of the Modern Qi Gong quest include a longer 26-minute movement flow, and this is the one I will carry forward with me. It’s an easy flow that feels good and seems to hit every part of my body. It does tweak my shoulder occasionally; in fact, there was one time that my shoulder actually popped! But, for most of the exercises, I’m able to do them easily enough and it feels good.

Twenty-six minutes sounds like a long time, but getting into a flow for that long feels good. It feels like you are getting a break and doing something good for your body.

I may go through the flows day by day again, but if I don’t feel like it, that 26-minute flow will be my default.

I didn’t find that the Qi Gong daily practices influenced my life too much. Not that I noticed anyway.

I do know that I felt good during the practice. Oh, well I guess I became a bit more flexible. I noticed a definite improvement in my ability to bend and reach the floor, so there’s that!

But other than that, it was more about enjoying the Gi Gong movements while I was in them and then getting on with the rest of my day.

It Would Be Best To Be Interested In Energy Work

If you are reading this Modern Qi Gong quest review, I’m betting that you believe in your energetic body already. That’s good because, even though you don’t have to believe in it, energy work is part of the Qi Gong movements. Lee Holden even gets you to feel your energy moving through your body after certain movements.

I’m someone who has done a lot of energy work with Reiki and Energy Medicine and Duality and a number of other courses and experiences, and I still found this to be very unique. It’s a way of working with energy that I’ve never done before.

It was a great quest that taught me a new way to relax, reenergize, and motivate energy to move through my body rather than get stagnant.

If you are kind of interested, but not sure, then you can sign up for the free masterclass for Qi Gone with Lee Holden on this page and get to know him and what he teaches.

And if you want to learn more about the course itself, you can do that on this page.

If you have any questions about the Modern Qi Gong quest that I didn’t include in this review, please ask me in the comments below. 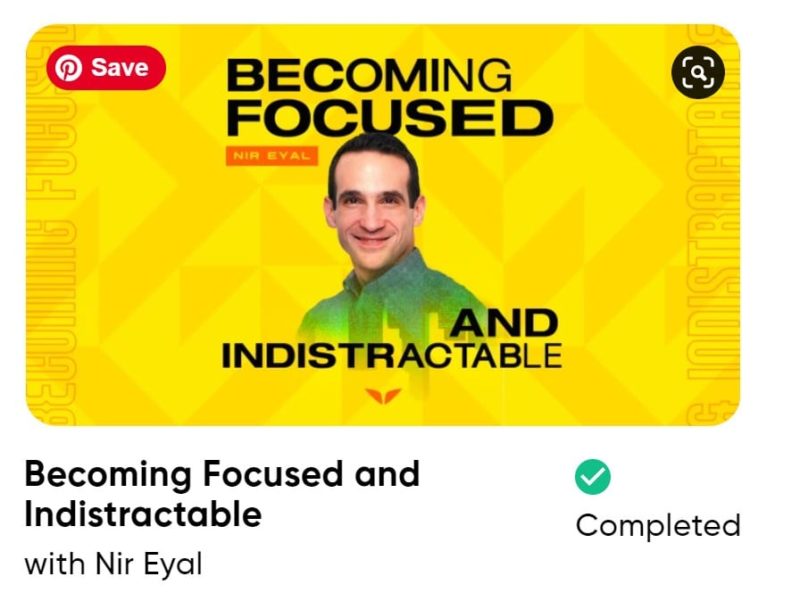