I’ve had a few questions about how Mindvalley’s All Access Pass works when it comes to the new quests they put on Mindvalley. So, since I found out that a new quest is starting soon, I thought I would just do some screenshots to show how simple it is to sign up to and start a new upcoming quest.

The Facebook group for All Access was paused, and that’s where I used to find out that I had new quests coming up. I don’t know if I’m missing the emails or not looking in the right spots, but apparently, a new quest started this month, and I had no idea about it.

I do know that the All Access group is mingling in the Connections App, which I haven’t been using, so that’s likely why I’m not hearing about the new quests, but I feel like we should be getting emails to let us know that new quests are being released.

In any case, it’s fine, it’s simply a matter of looking at your account and paying attention to anything new that drops in there, which I apparently haven’t been doing because a new Keith Ferrazzi quest started last week and I just discovered it today.

Update: I wrote into Mindvalley support about not receiving updates about the new quests coming out and they wrote back this: “I’ve updated your email’s preference so you can then receive the updates about your subscription.” So, apparently, I wasn’t signed up for the email updates. Not sure how that happened as I was getting emails not long ago, but it’s good to know.

To Sign Up To A New Quest That Has Already Started

It’s super simple to sign up to a new quest in your Mindvalley Dashboard. All new quests (as well as quests you haven’t started) will be under ‘My Programs’.

I knew Ultimate Leadership was coming out, but I haven’t looked under the new programs for weeks, so I didn’t know it had already started!

All you do is click on the quest’s picture. Then it will give you the option to choose your start date. As you can see, the first class of Ultimate Leadership is already running, so I can simply join in with the current group, and all the days that have been unlocked for them will be open for me. The rest of the days will still be locked as they haven’t yet been opened for anyone yet.

If I were to pick the November 22 class start date, then I would only have one class available to me right now, so there’s no point in picking that one unless I really want to go day by day with the students. As an all access pass member, I like to have the option to go through as quickly as I want to go through.

Because I picked the first ‘currently running’ class, I have 8 days open to me right now and the rest will open up day by day. 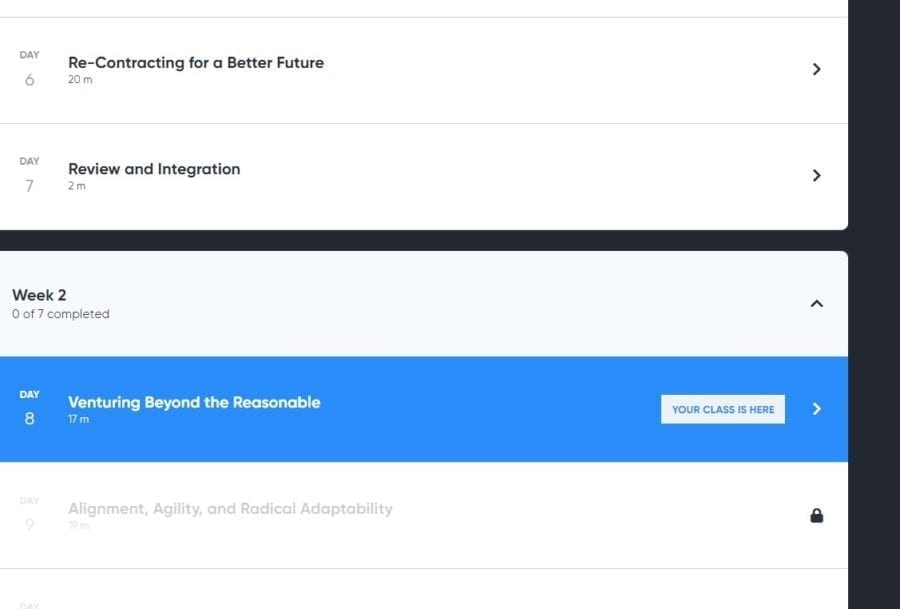 I also found The Power Of Boldness as a new upcoming quest in my Mindvalley Dashboard. 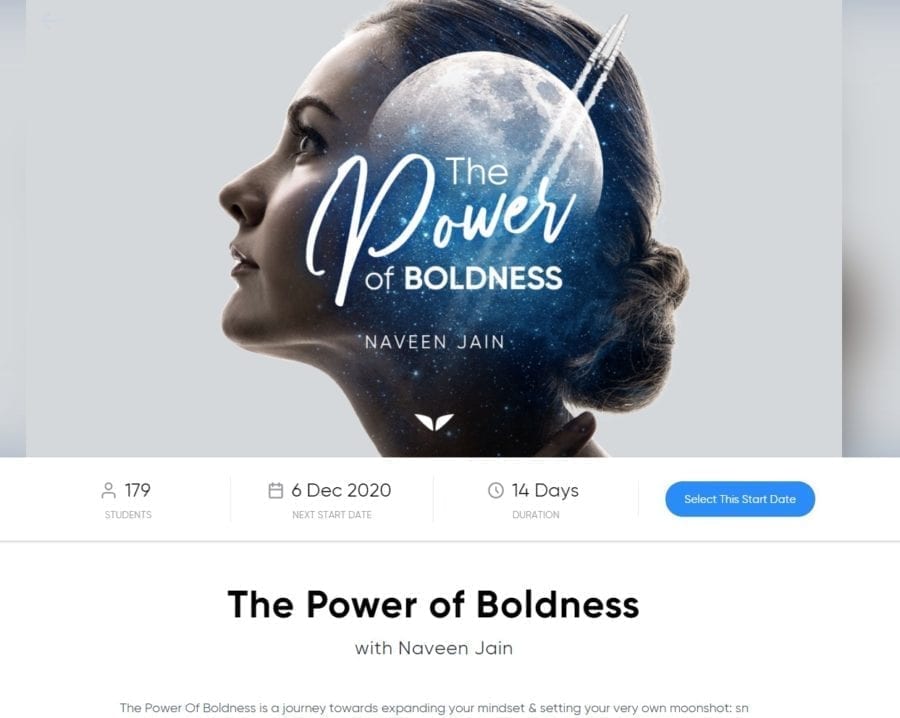 The Power of Boldness hasn’t started yet. I was given the option to start with the first cohort of students or choose from four other start dates. 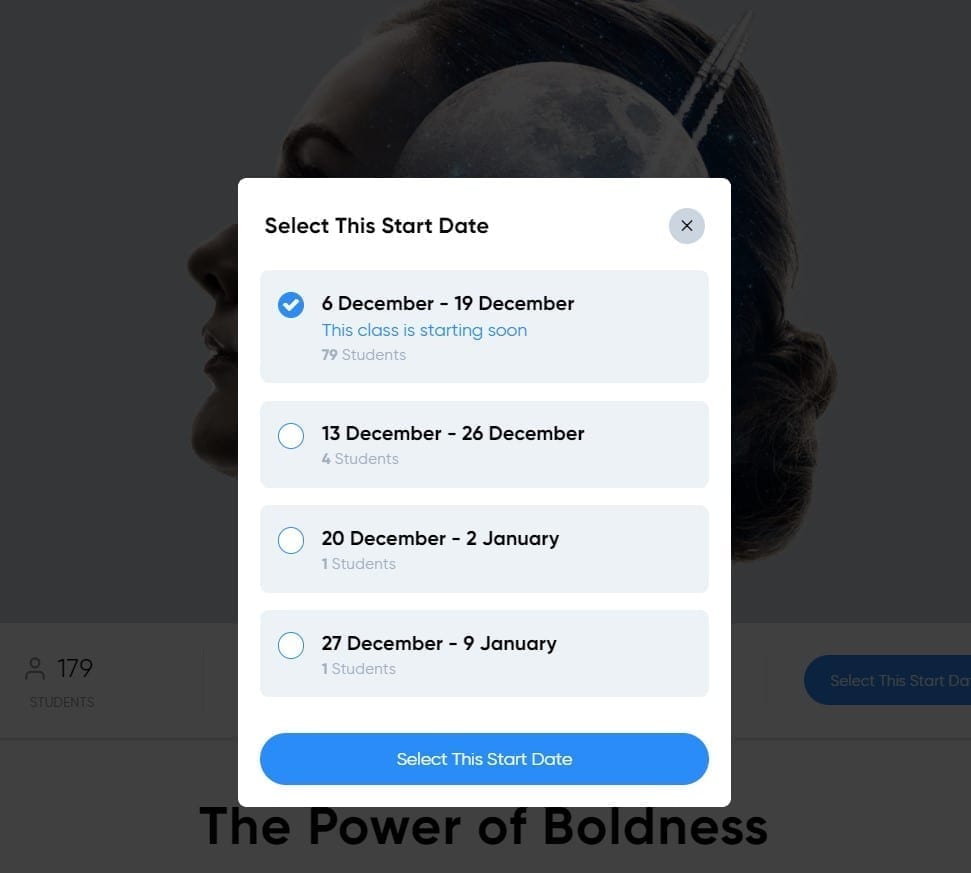 I want access to the quest as quickly as possible, so I chose the first start date. After I did that, you can see that the warm-up sessions are open to me and the rest of the quest is locked. this is how it normally looks when you sign up for a new quest coming out on Mindvalley. You get access to the warm-ups, but you have to wait until the start date to get day 1 of the quest. 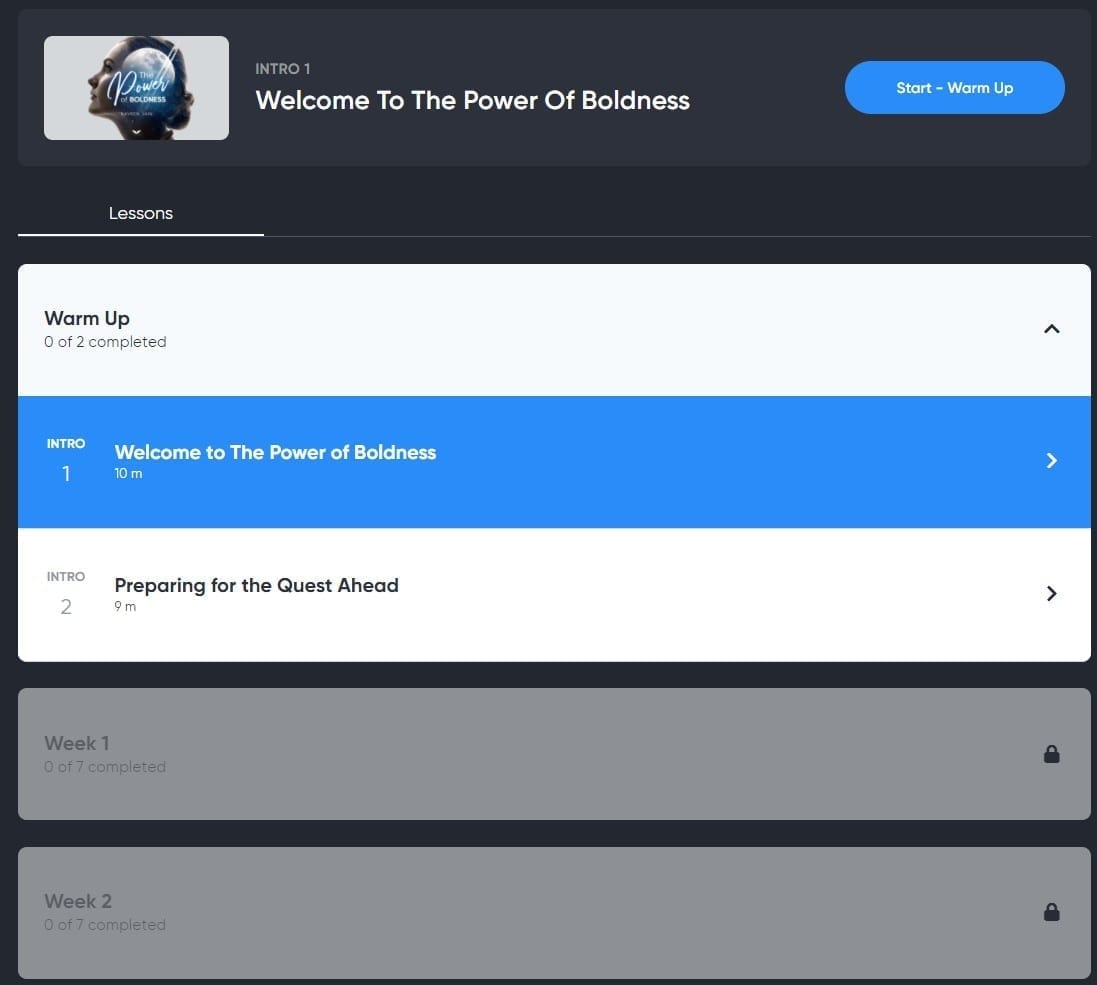 Then you simply start on the start date and go day by day.

Even if you don’t start the quest on the start date you signed up for, that’s fine. You can let a week, a few weeks. or all the days of the quest open up and then take the quest as quickly as you want whenever you want.