I’m not a fan of experiencing paranormal events. I’ve talked about some paranormal experiences on this site and how I would have rather not have had them. But, for some reason, as we were watching Halloween shows, I decided I wanted a ghost hunting app. As annoying as Ghost Adventures can be, I still watch the show to see what their spirit box will catch because I find it fascinating. I didn’t go out and spend the money on a spirit box, but I did buy the Ghost Hunter M2 app. And, now I’m hooked. 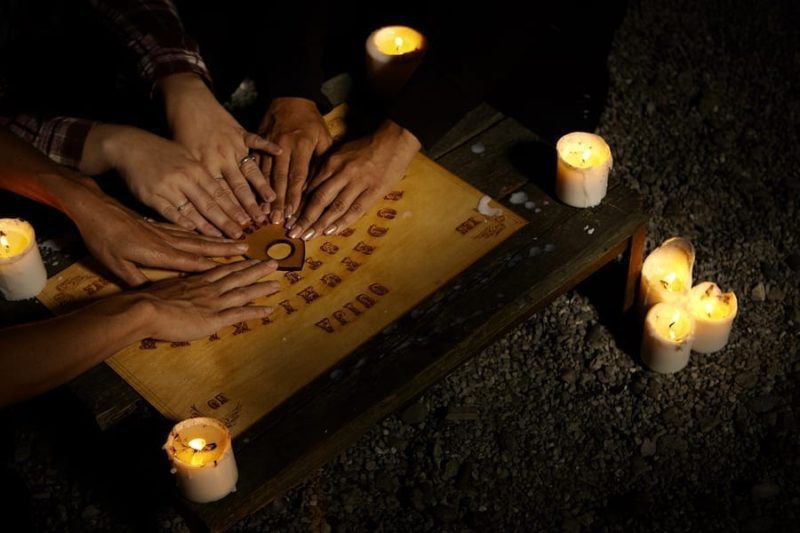 Forget The Ouija Board. Use The Ghost Hunter MP2 App

From all my paranormal experiences, I believe that spirits are out there. And, while I don’t want them to haunt my home, I do want to be able to talk to people who have passed on.

I used to get a ton of signs after my grandpa died. For instance, when I first went to visit his grave, three deer appeared close to me as I was balling my eyes out. After that, I would see three deer all over the place staring at me. Also, many times my clock would turn back an hour on its own. And, pictures would fly off my TV stand. All of these things, I believed, were signs from my grandpa. Then, it stopped. I can’t remember when, but I do remember asking my grandpa to come back and give me some signs again. I also desperately tried to have a lucid dream where I talked to my grandpa. But, it never happened.

The point is that I wanted to get some sort of tool that might allow my grandpa or other loved ones that have passed away to talk to me. So, after reading some positive reviews on it, I got the Ghost Hunter MP2 app. 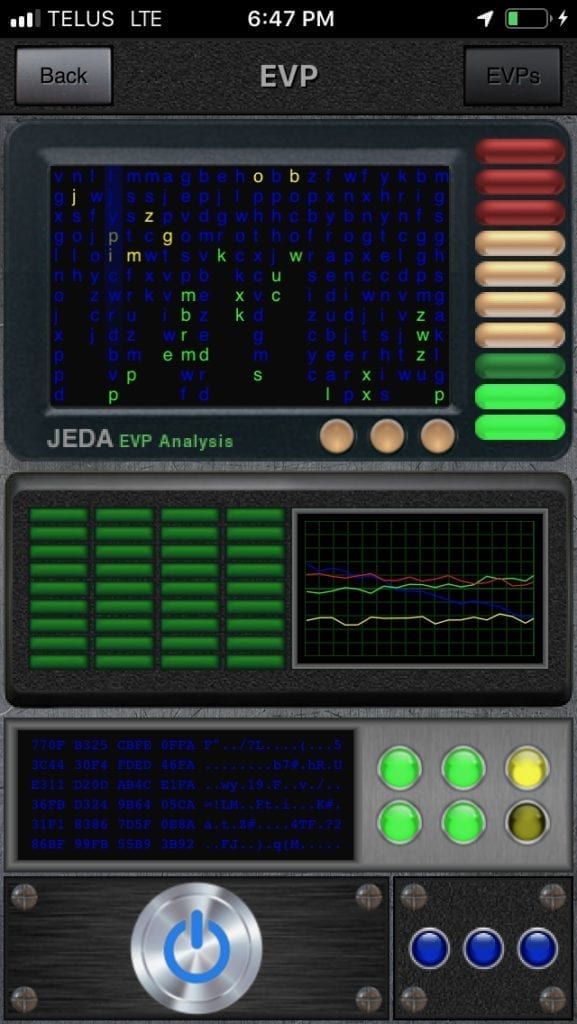 The EVP part of the Ghost Hunting MP2 app brings up words on a screen. You can both see the word and hear the word, although, it’s hard to understand what it’s saying most of the time. It’s just the same voice for every word – a muffled, robotic-sounding man.

We’ve used this part of the app the most and I like it the most.

We have gotten some really relevant things on it. For instance, we were sitting in our backyard where our neighbor always listens in on us and it said ‘neighbor’ and then ‘overheard’.

Being Relevant In The Moment

It’s also mentioned things that are happening or I’m doing.

For instance, when I tried connecting to the light using a combination of what Christie Marie Sheldon teaches in Unlimited Abundance and Jeffrey Allen teaches in Duality, the word ‘beam’ came up as I was picturing a beam of lighting coming into my head.

We took the app to the graveyard near our house and as we were walking, we got the name Duane. There was a grave of an 18-year-old named Dwayne. Other words like ‘stay’ came out while we were by his grave. Other words, like ‘play’ came out as we walked past two very young kids’ graves.

When my parents came over for supper last weekend, we pulled out the app to see what my parents thought. My dad has always been sensitive to the paranormal, like me. I figured he would be interested in the app, and I was right. He didn’t even waste a second before he wanted to use it.

For a guy who hates technology and can’t do simple things like press a button, he had it figured out in a minute and was talking and trying to get answers.

Amazingly the word ‘grandpa’ came through, and when my dad asked him what he did up North (he used to mine for gold), the word ‘silver’ came through. I could see my grandpa being sarcastic about the whole thing – as if saying, what do you think I did? I mined for silver?

Then my dad was concentrating really hard while I was making supper, and suddenly a few words came out quickly. The first were ‘brother’ and ‘attack’. One of my dad’s brothers was stabbed by his girlfriend when they were young, and he’s since passed. Then the words ‘help me’ came out. My dad turned white, pushed the phone away, and looked at us all worried. I told him I didn’t think it was a big deal, but you could tell he was upset. Up until that point I hadn’t heard two words come out like that, so it was totally freaky.

What Would Happen With Two Ghost Hunter MP2 EVPs Going At One Time?

We had originally downloaded the app on my husband’s phone, but I started to wonder what would happen if we had it on both our phones. Would the same words come out? Would they match up and tell a story?

The Ghost Hunter MP2 app stores all of the words that appear during a session, so you can go back into the EVP section and click on ‘EVPs’ to get a list of everything you’ve recorded. Here’s a comparison of what I got compared to what my husband got relative to the same time. We had some cool coincidences. Like when the words ‘bar’ and ‘hit’ popped up on my phone and then on his phone the word ‘drunk’ popped up.

But other than that, we didn’t get complete sentences that made absolute sense to us, like I was hoping for.

Here’s the thing, though. You can see that South Carolina popped up on his EVP session. We get that place coming up a lot. That and Maryland.

We live in Canada, so those places are not relevant to us, and I’m assuming it might be where the developers are from or a place they programmed into the app?

That said, we did get one relevant place once ‘Brooks’, which is in Alberta where we live.

But, other than that, we haven’t gotten any Canadian places, and I would love to see one pop up.

Of course, who am I to say who’s talking to us. Maybe someone is following us around who lived in Maryland or South Carolina, and they are really trying to tell us something.

Other Ghost Hunter M2 Functions Besides The EVP

There are other features of the app that we haven’t used much because I’m so addicted to the EVP part and like it the best.

Other features include the following…

The app includes a help section which talks in more detail about each of these aspects. They also list out the ‘best practices’ to make the most out of the feature you are using. You have to put in a little time and practice to understand everything.

If you want to turn on many aspects at one time, there is a dashboard function where many of the features work at once. This, again, is freaky to me so I don’t use it. I know, I’m always freaked out.

The app is supposed to have been developed by a team of professional engineers. But it only costs a few bucks. Right now it’s $2.79 USD in the app store, which worked out to a couple bucks more in CAD.

I like the app. I’m one of those people that believe if spirits want to talk to you, they can find a way. In fact, I’ve experienced it over and over again in my life.

When you give them an app like this, whether it’s been programmed to act in a certain way or not, they might be able to manipulate things to send messages. There’s no evidence proving otherwise!

In short, if you want to get yourself a ghost hunting tool, but aren’t ready to pay a lot of money, then the Ghost Hunting MP2 app is worth it.

If you’ve used the Ghost Hunting MP2 app, please share your experience in the comments below. If not, you can check it out in the app store here.