Right after I took The M Word quest on Mindvalley, I picked up the book by Emily Fletcher called Stress Less, Accomplish More. Emily had mentioned that the book was going to be similar to the quest, and I wanted to see just how similar. I finished the quest back in July and it took me until today, October 1st, to read the book. My reading habits have been so poor. Every night – the only time I made to read – I was too tired to read. Thankfully I started taking Jim Kwik’s Super Reading Quest last week and finally I was able to read all of Emily’s book in a short three days! Here’s what I think about the book compared to the quest on Mindvalley. 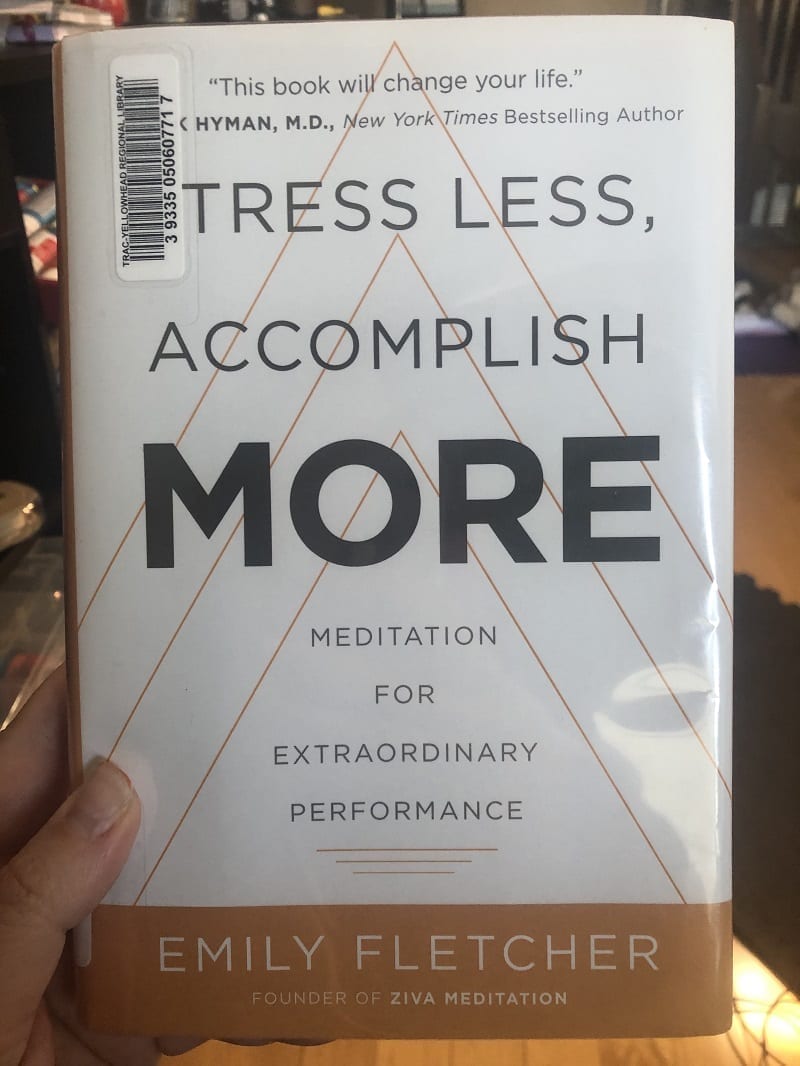 The Z Technique Compared To The M Word

In The M Word quest, Emily focuses on a meditation that she calls The M Word.

In Stress Less, Accomplish More, the meditation taught is called The Z Technique.

The Z Technique is fundamentally the same as The M Word meditation.

One difference is that she drops the last part of The M Word meditation and replaces it with another. In other words, The Love Bomb at the end of The M Word gets replaced by a visualization technique focused on a dream, goal, or desire you may have.

The other difference is that there is no breathing exercise at the beginning of The Z Technique like there is in The M Word.

The Love Bomb technique (that is a part of The M Word) is talked about later in her book and included as a stand-alone exercise meant to connect you to other people and everything throughout your day. The balancing breath doesn’t get talked about in the book, though.

In the book, Emily talks a lot about the benefits of meditation, gives case study examples from her students, and devotes only one chapter to The Z Technique and teaching you how to do it.

If you choose to read the book and not take the quest, you are not missing out on anything important. She covers so much in the book that you will come away with all that need to know about her meditation technique, making it work for you, and why you should be doing it.

The big difference is that you don’t get the recorded Q&A calls in the book like you do in the quest. These calls answer a lot of questions that people have about The M Word and meditation in general.

But she covers a lot of material in the book and you will not be missing out if you get the book.

A Weird Difference In The Amount You Can Meditate Per Day

In The M Word, Emily says to only meditate in the morning. I remember her energy being really weird about it in one of the calls for the quest.

In fact, I went back and found that someone asks a question about doing the meditation 2 times per day. They basically wanted to know if they should do the meditation the same if they want to do The M Word twice a day.

Emily responded by saying that the way The M Word is meant to be a primer for your day in the morning and that you shouldn’t do it later on in the day. Instead, you should do one of the guided visualizations. But, she says, if you want to do more than one meditation, then you can check out ZivaONLINE. Then she goes on a sales pitch for ZivaONLINE.

The Z Technique is basically The M Word, and in the book, she recommends doing it once in the morning and once in the afternoon as a way to refresh yourself and get back on track.

The differences between the two techniques are not that huge. The main part is the same. You even focus on the same word in both meditations.

When she talks about ZivaONLINE, the only difference I can see is the mantra word you meditate on is different from both The M Word and The Z Technique. In ZivaONLINE, You get to choose your own mantra word from a list of words, she says. And, when you train with her in person, she gives you a word to meditate on that is specific to you, apparently.

Also, with ZivaONLINE, she says that you do the meditation twice a day.

I’m not an expert in meditation, but I just don’t see why you can do one technique twice a day but not the other. It just doesn’t make sense to me. The techniques are not that different in my opinion and I can’t see how The M Word wouldn’t be good for a refresher in the afternoon just like The Z Technique.

In the book, Emily includes a link to the book bonuses you can get to complement the exercises she talks about in the book.

You have to create a profile on Zivameditaiton.com and then you can access the bonuses.

In short, there is a ton of crossover between the quest and the book.

There are a few things that one has over the other. For instance, I don’t see the sleep meditation in Stress Less, Accomplish More bonuses, but it is in the quest. Also, the balancing breath isn’t in the book, but that is a main part of the meditation for the quest.

Other than that, you can pretty much get the same things from each place.

So, What Should You Take?

As you can see, I picked up Stress Less, Accomplish More from the library. It’s the cheapest option and has almost everything The M Word quest has, besides the Q&A’s and the Facebook tribe to connect with. If you enjoy reading, then the book will give you everything you need to make Emily’s technique work for you. I enjoyed the book, learned a lot about meditation from it, and understood exactly what to do with The Z Technique without needing any other guidance. You also get the added bonus of going to her site and accessing bonuses included with the book. This is where she guides you through some of the exercises she details in the book.

The quest offers you day by day video sessions with Emily where you learn about The M Word. You get a lot of information about the benefits of meditation. You do the exercises with her, you practice The M Word daily as part of the quest, and you make it a habit in your life. You get access to 3 hour-long Q&A sessions, where people asked questions about meditation and The M Word and Emily answered those questions. This can give you some extra information. And, you get access to The M Word tribe on Facebook where you can interact with other people interested in meditation, Emily Fletcher, and what she teaches.

Some extra thoughts of mine: 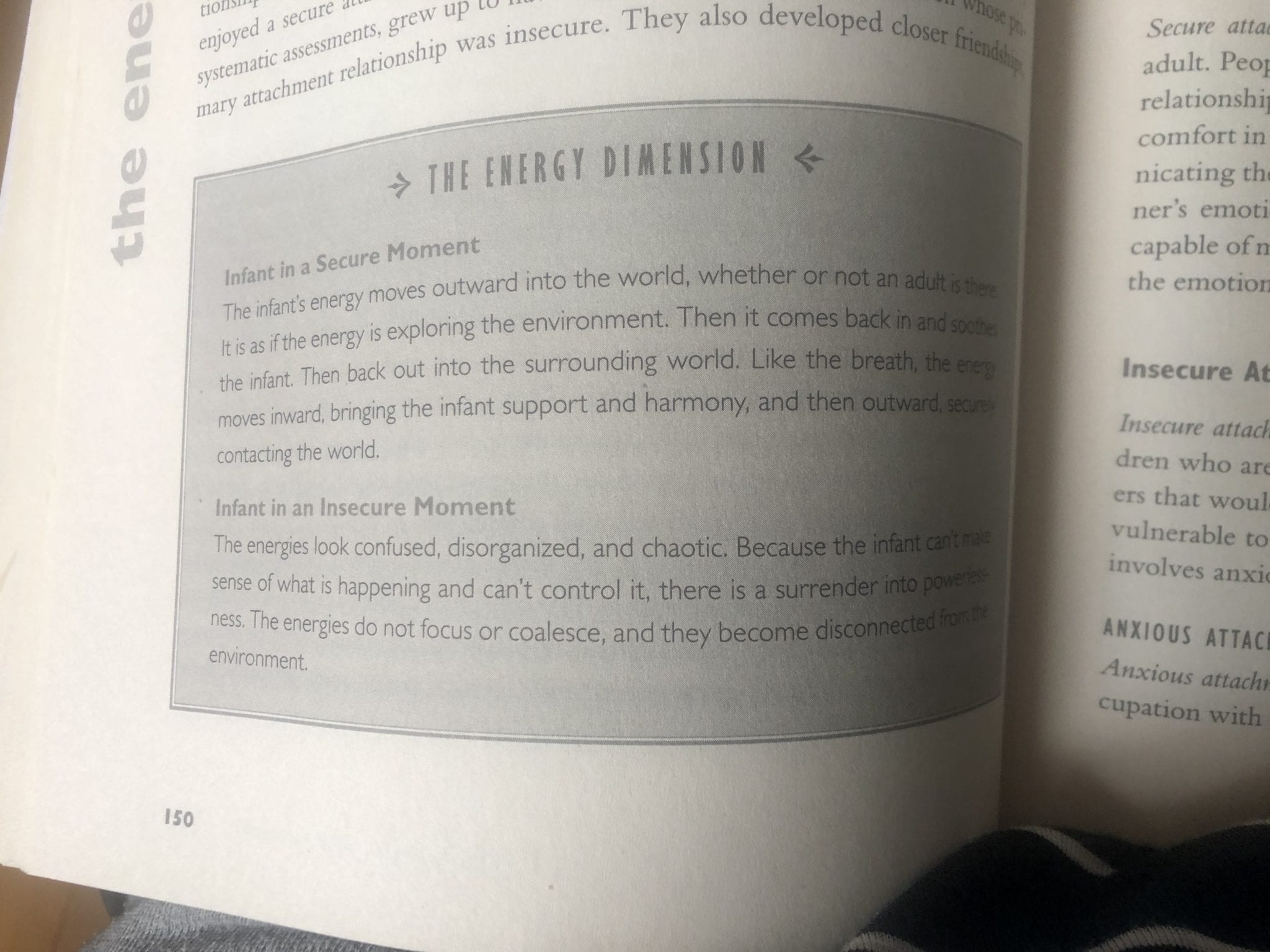