Coffee was one of the biggest obstacles holding me back from going vegan. I used heavy cream in my coffee. I enjoyed the creamy coffees from Starbucks, with extra whipped cream on top. In short, I liked my coffee creamy. But, I found a new favorite way to have relatively creamy vegan coffee, with Almond Silk Creamer. That was pretty much how I had coffee up until now. But now, I’ve found a way to have a creamy vegan coffee that tastes like it’s a vegan coffee milkshake when it’s served cold. I found it because it went viral on TikTok but I’m sure I saw one of my favorite vegan YouTubers making it a long time ago. Anyway, it’s called simply whipped coffee. We’ve tried it a few different ways and I have a few tips.

Whipping Up The Instant Coffee, Sugar, And Water 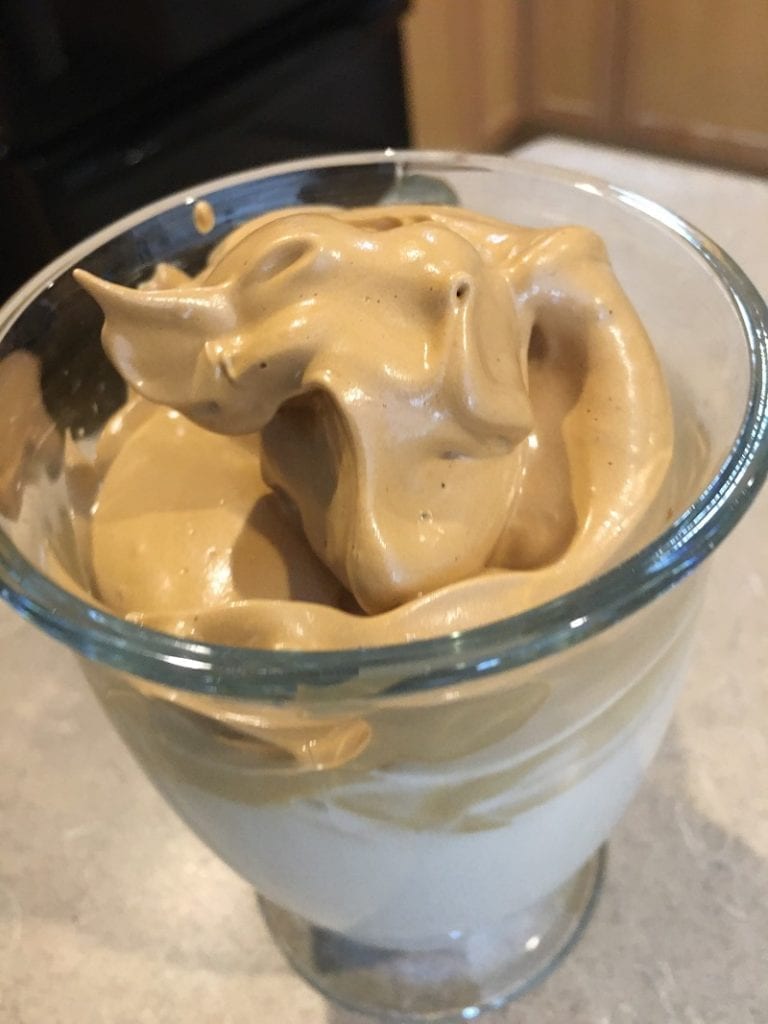 The basic recipe is equal parts instant coffee, sugar, and boiling water. All you need to do is put it in your KitchenAid mixer or use an electric beater and beat it all up together until it comes out thick and creamy, with stiff peaks – just like regular whipped cream. Then you put it over milk and stir it in.

They say you can whisk it by hand, but ain’t nobody got time for that!

Later, my husband tried making himself a whipped coffee, and he used 1 tablespoon of each. It whipped up a bit, but it didn’t have that thick whipping cream texture that we got with the two tablespoons of each. It was just creamy.

Tip: Don’t try to save any of your whipped coffee for later. We tried that thinking it would be great to take on road trips for a quick cold creamy vegan coffee, and we found out that it solidifies like a solid brick when it’s left out. So, you have to make it for when you want it.

Update on the tip: I tried putting some of the leftover whipped coffee into a container in the fridge and after checking on it hours later it was still soft and perfect. The other stuff that got hard we left out on the counter in the bowl it was whipped in. So, you can leave it in a container, throw it in the fridge (or a cooler on a road trip) and have it in your coffee later! I’m so excited for a road trip now!

Cold is better, in my opinion. It tastes like a creamy vegan coffee milkshake to me. My husband likes it better cold too. 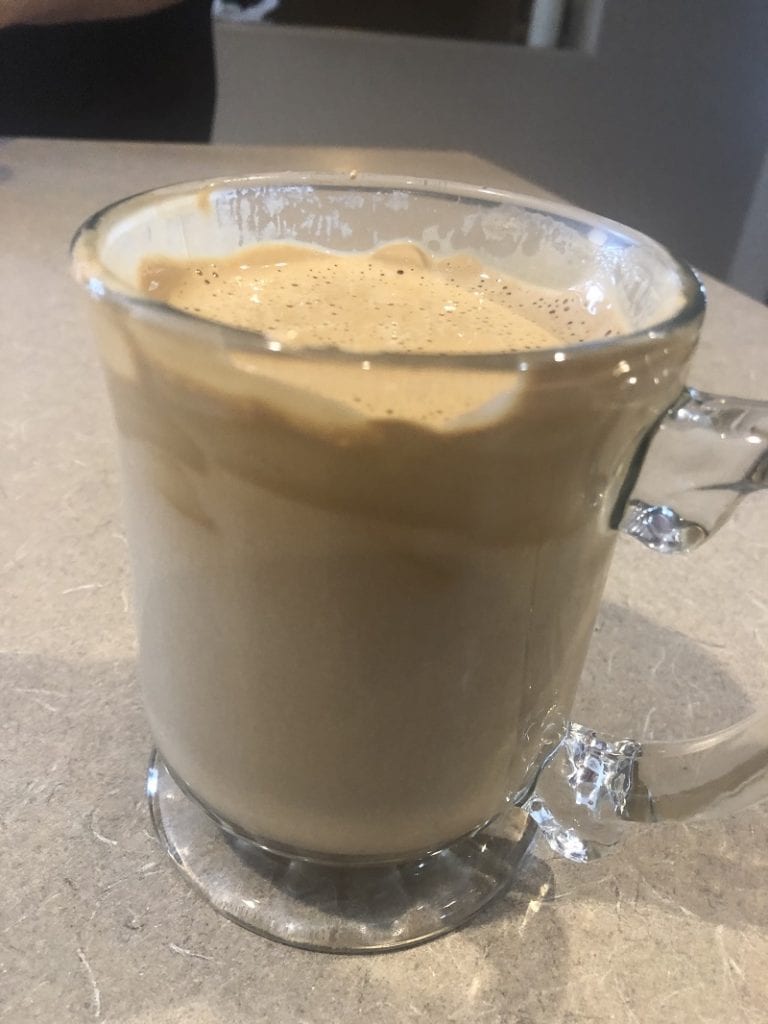 I did try it hot and it was OK. It held up that creamy texture right until the end, so it was like a thick, creamy latte.

But milkshakes are always better, in my opinion, and that’s what it tastes like cold to me.

My husband has always preferred iced coffees over hot coffees, so if you are like him, then you are going to like your whipped vegan coffee cold too.

What Milk And Coffee To Use?

We are using Oatly right now. That’s what we bought during our last shopping trip, along with the instant coffee, and it works great. I find it’s already thick, so adding thick whipped coffee to it makes it extra creamy. I don’t think we are going to use any other kind of milk because this really does taste good.

That said, I’ve seen people use all kinds of milk, so use your favorite milk. Chances are good you will like it.

So grateful for this whipped vegan coffee going viral. I see a lot of non-vegan coffees go viral that I want, but can’t have, so this was so awesome to find.