The other day I did a Subliminal 360 review, but I want to expand on that and tell you how I’m going to be applying the software to go beyond the premade affirmations that you get with it. If you didn’t read the review, Subliminal 360 is a software that will flash any positive affirmation you choose on your computer screen. It also gives you the ability to make subliminal affirmations in an audio format that you can listen to whenever you want. It’s an awesome software from Inspire3, which is a company that creates products to help you unlock the power of your mind. I’ve tried many of their products, and I’ve found a ton of value in them. And, I’ve realized that this software is going to come in very handy for my personal growth moving forward. Here’s how I’m going to use it. 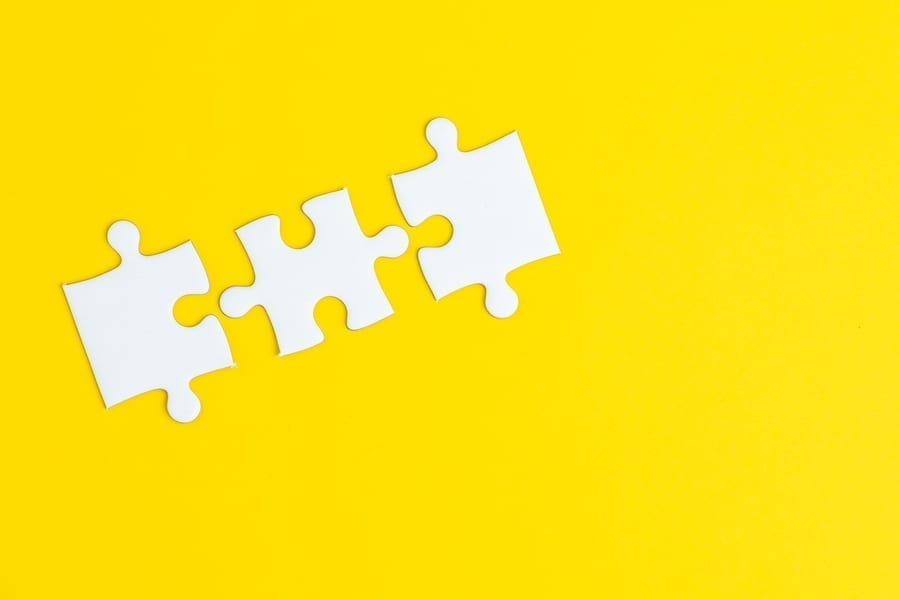 I’ve been using this software for almost a month as is. I’ve used the premade affirmations a lot. I’ve also created a few custom sessions based on things that I really need to hear on certain days.

Subliminal 360 flashes specific affirmations that you want to soak into your subconscious. It helps get those important truths and affirmations in front of your face more often, and it gives your mind more opportunities to see them and let them soak in.

There are many affirmations that I’ve taken from courses that have moved me in some way. I want to drive those affirmations even further into my mind by constantly getting them in front of eyes. So, here’s what I plan to do.

I’m going to create custom sessions for each one of the courses I’ve taken and include some affirmations that I most want to incorporate into my belief system now and forever.

For example, in Lifebook Online, Jon and Missy both said a lot of things that resonated with me on a deep level. These were statements that I knew would change my life if they became a part of my belief system. Some of them have already joined my belief system and some of them are still lingering around waiting for me to pull them in and adopt them as beliefs.

So, I’ve plugged some of the affirmations I need to see the most right now into a custom session and titled it Lifebook. 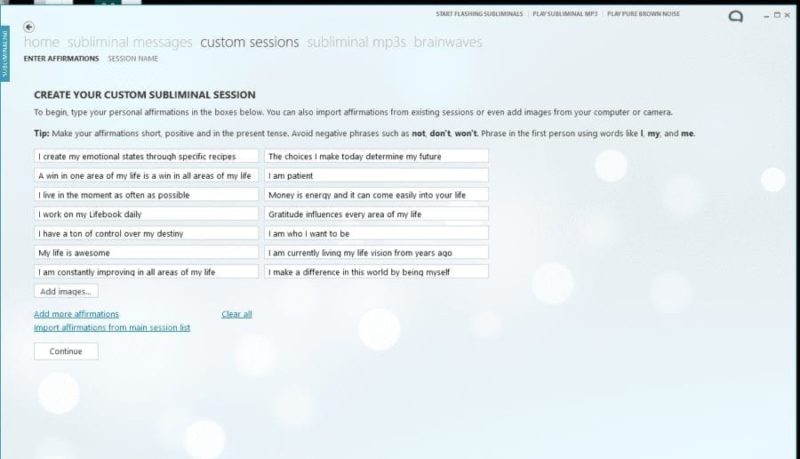 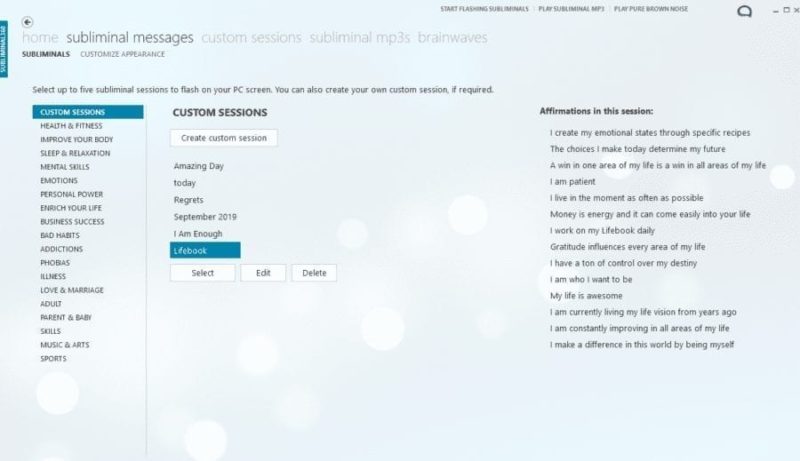 The beauty is that I can always go back and edit my Lifebook custom session. I can add more affirmations, add pictures, or remove affirmations that I no longer need or want to see in front of my face every day. The custom session will truly adapt to my needs, but it will also be focused around Lifebook and the things I’ve learned and want to carry forward.

The other thing I’m going to do is create custom sessions based on courses or books that I’m currently taking or reading.

In other words, if I have an aha moment after the teacher or writer says something, then I’m turning whatever he or she said into an affirmation and then putting it in my software.

I was thinking of this the other day as I was watching the new quest called Super Reading by Jim Kwik. He was a good teacher in the Superbrain quest, and he’s no different in this new quest. He truly is full of interesting thoughts and facts.

He is who helped me realize the power that Subliminal 360 could have for my personal growth. After one insightful lesson by him, I realized that I needed to be writing down the things he was saying and creating statements/affirmations that remind me of what I need and want to do going forward.

So, as I move along the quest, I will be writing down those important insights that will help me read faster and retain more information, and then I will plug the ones that I know I need to soak into my mind into the software.

The Right Affirmations Can Change Your Life

I’ve long known that the more you tell yourself something, the more impact it will have on your belief system. When we actively choose to change our thoughts, we change our beliefs, then our behavior, then our lives. And since thoughts and beliefs are a constant part in our brain’s operations, why not actively influence our thoughts on a day-to-day basis?

If you’ve taken a bunch of courses or read a ton of books like me, I’m sure you’ve come away with different affirmations that keep popping up in your head as you go through your day. I believe that these are ideas that are trying to impact you or make their way into their life. If you want them in your life, getting them in front of your face often is a great way to do that!

Getting Those Affirmations In Front Of Your Face Often

In, Rapid Transformational Hypnotherapy for Abundance, Marisa Peer talks about posting positive statements all over your house, including your bathroom mirror. Even if you don’t consciously look at them all the time, your subconscious is noticing them and your mind and life are being affected by them.

That’s just how it works with the affirmations on Subliminal 360. Sometimes you notice them, but sometimes you are looking past them at articles or cute dog videos. It doesn’t mean your mind is not still seeing them. It is.

And that’s why it’s so important to get them in front of your face as often as you can. The more you see them, consciously or not, the more likely they are to have an effect on your life.

I’m super excited to move forward combining the subliminal affirmation software and my personal development. I think it can only accelerate the rate at which I grow my happiness and fulfillment. 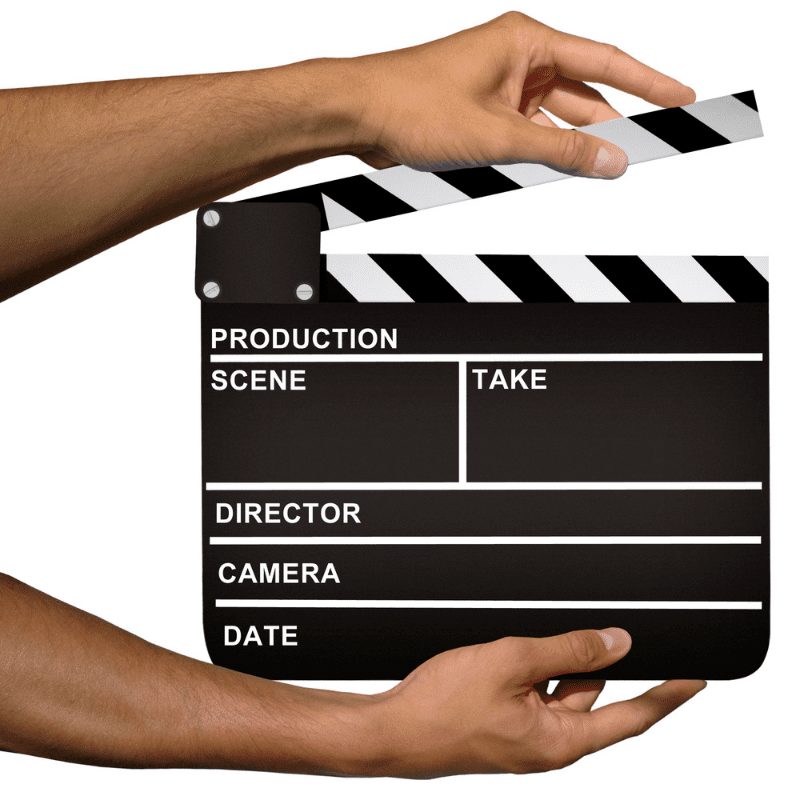