In my last Ophiasis Alopecia update, I had grown back my hair and was feeling pretty good about myself. I swore that I would never lose my hair again. I felt amazing. It was so nice to have so much hair, and I took every opportunity to point it out to my family and friends. And then within weeks, it started falling out again. Talk about cruel. And this time, more fell out and faster.

The Top Of My Head Cleared Out Within A Few Weeks

This time, the hair on the top of my head went first. It started with a spot on the back, and then quickly thinned out and fell out all the way to the front. No matter where I part it, it looks like this. 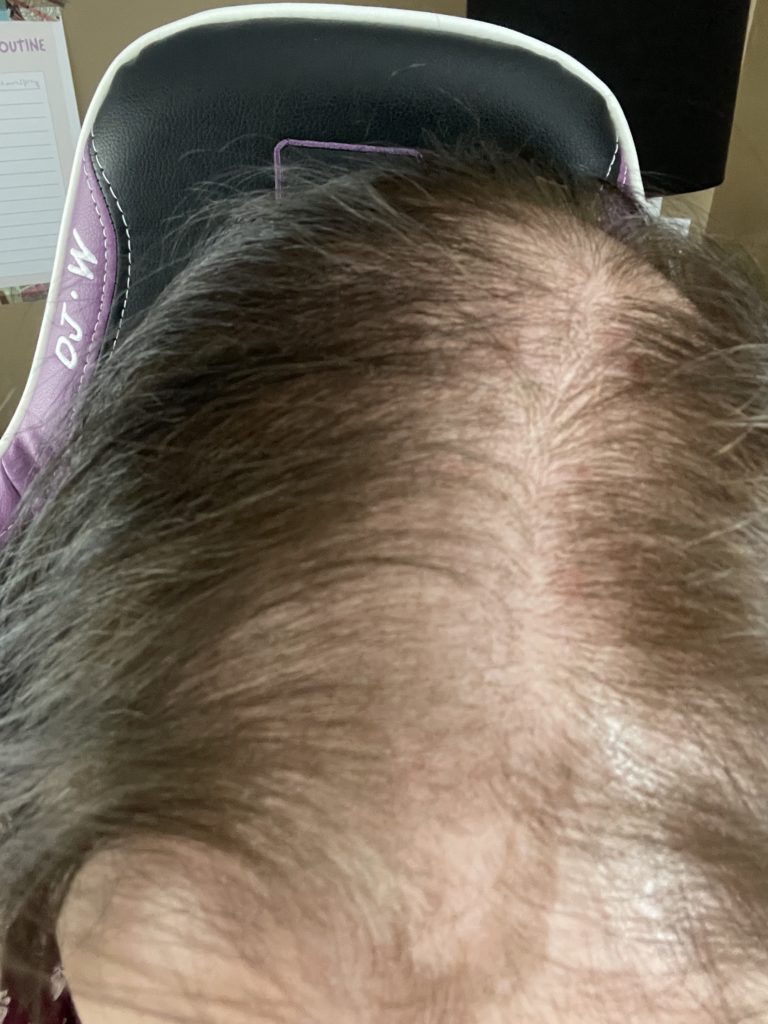 There is no way to comb my hair to hide anything. It looks bald no matter what I do because my sides and back fell out quickly too, and they look exactly the same as they did when my hair first fell out. You can see pictures in my first article on my experience with Alopecia.

Actually, I think a little more fell out. But it could just be an illusion because the top of my hair is gone.

For instance, here’s what the left side of my head looks like, and I’m sure it was probably like that before, but all the hair on top of my head covered it up. Now, you can see what I would like bald… in that spot anyway. There’s nothing really there. 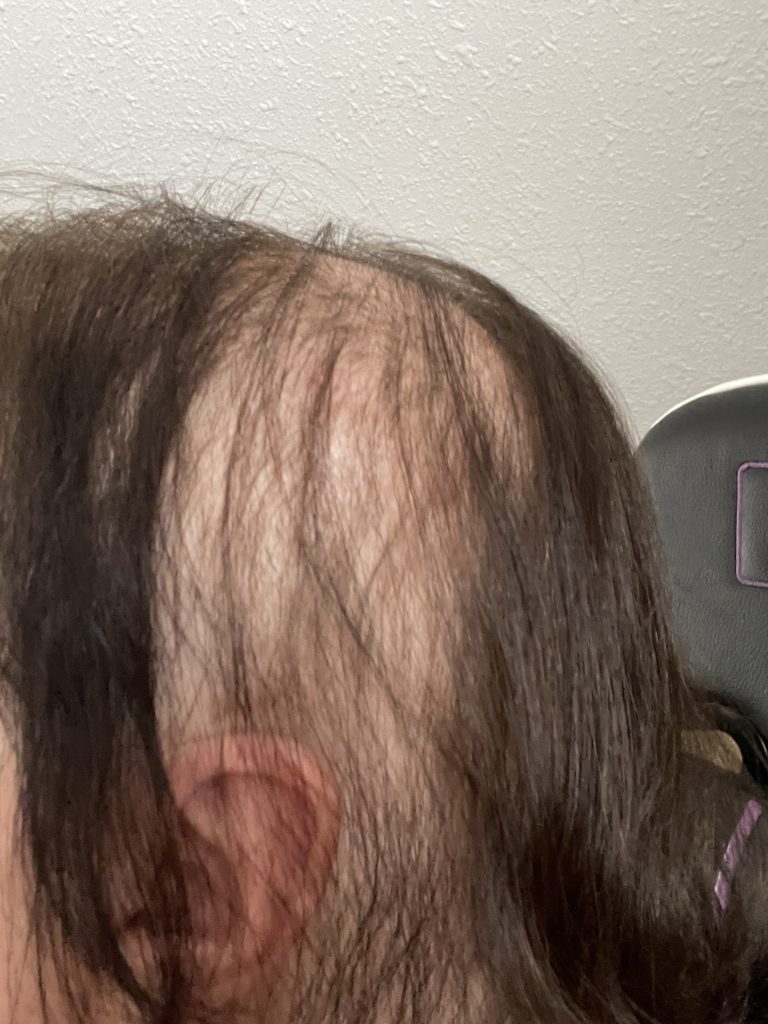 I’ve debated shaving my head a lot this time. Especially when I had a TON of hair loss daily. It was unstoppable. It was everywhere.

I’m surprised I even have any hair left after how much fell out.

My thought process was like this: I don’t want to watch it fall out anymore. I would rather just shave it and be done with it.

Every single time I brushed my hair after a shower, I got this much out. 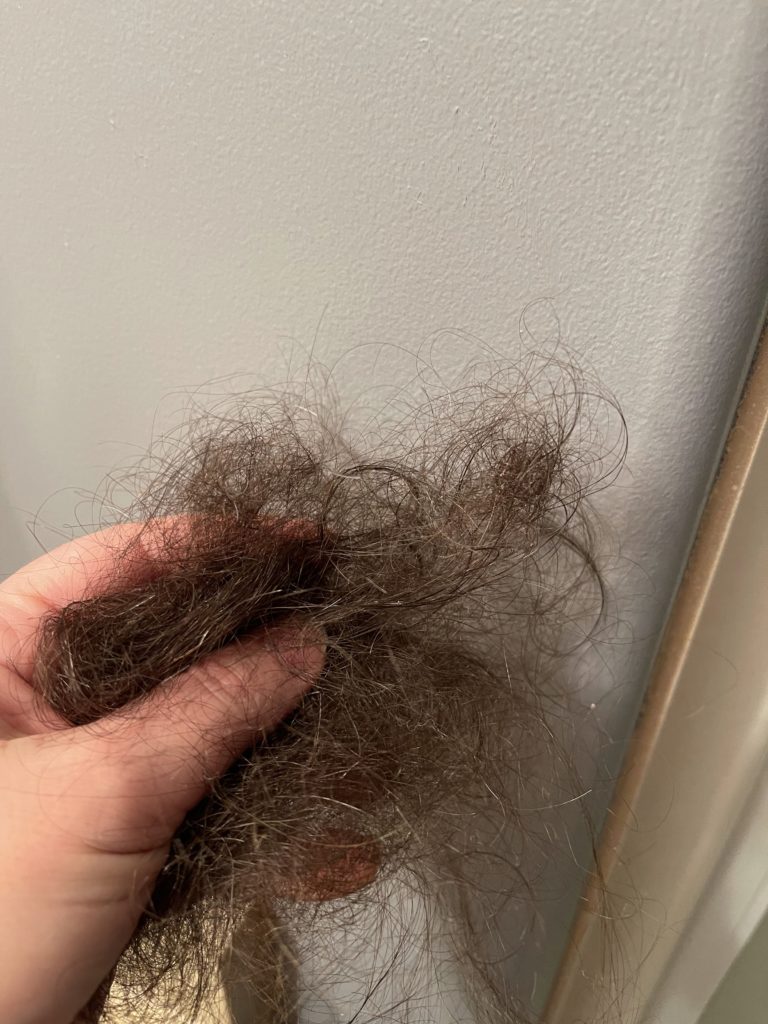 How do I still have hair?!

I can’t believe the amount of hair loss this time. I’ve gone through tons of those lint rollers picking up hair off my shirt and the carpets. The hair loss is never-ending.

It was very hard not to shave it.

It has stopped falling out so much now, but it IS still falling out and I don’t have a lot of hair left to fall out!

If it keeps falling out, I’m going to shave it.

If not, I’ll leave it and see if it grows back in and fills in all the spots… which is technically about 75% of my head.

I haven’t even shown anyone, besides my husband, the amount of hair loss this time. I just constantly wear a toque.

What Preceded This Hair Loss?

I told my husband that I needed to calm down or my hair would fall out again.

I got a ton of zits on my head suddenly, which is what happened last time.

And then my scalp became very painful. That happened last time too. I figured it was from the zits.

All of a sudden, I noticed the bald spot on the top of my head, and everything just went quickly from there.

I truly believe that my Alopecia stems from stress and hormones.

So, I’m working on chilling out.

And, if it grows back, I’m going to work with a naturopath to hopefully keep my scalp happy!

I’m Still Not Going To Get Injections

My ‘doctor’ supposedly referred me to a new dermatologist. I haven’t heard anything though and it’s been weeks.

I didn’t like the last guy I saw. He never even got close enough to me to see what was going on.

But I’m still in the same stance. I won’t get injections. If it’s going to fall out, then SEE YA!

My Experience With Alopecia

First Alopecia Update: End of May to August. (Getting Better)

Second Alopecia Update: August to the middle of December. (Getting Much Better)

Bought A Wig: I’ve lost most of my hair now, including on my body. 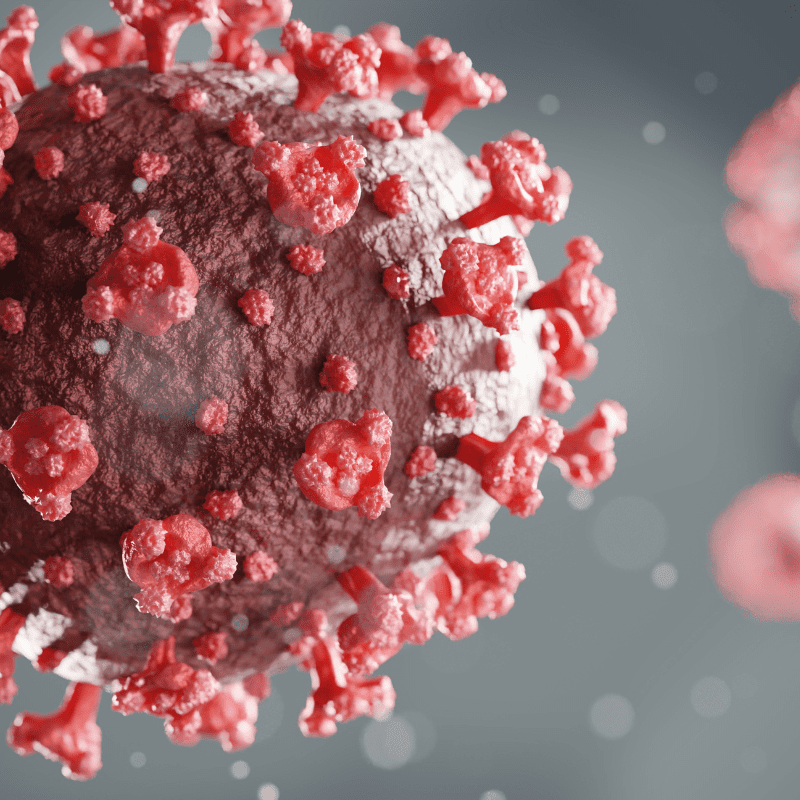 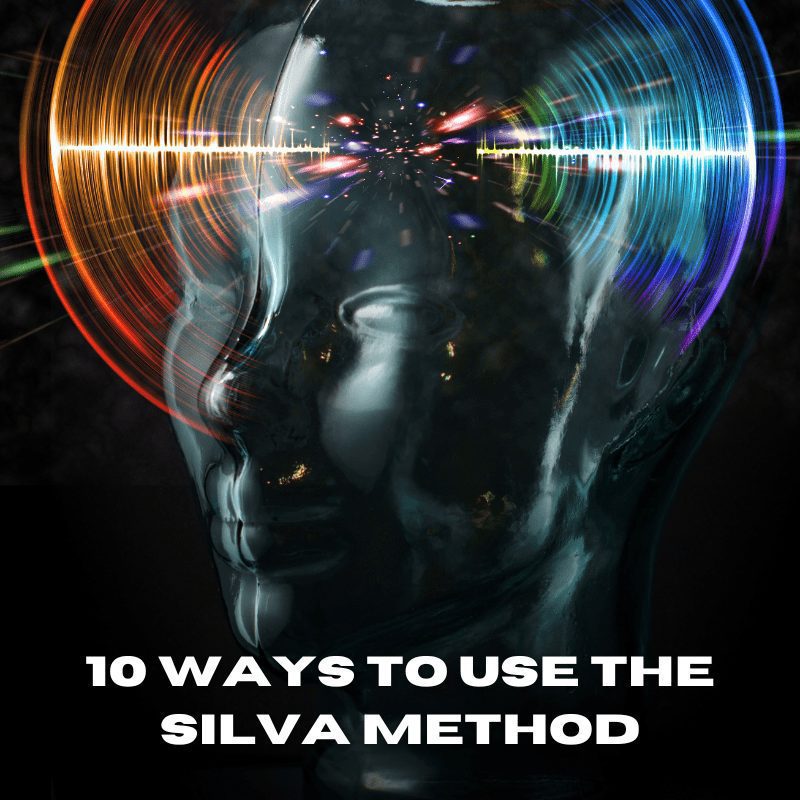