I have wanted a CT scan for years. I’ve had problems with what I thought were my bowels for a few decades and lately things have been acting up more than normal. I’ve always been told I have IBS or diverticulitis – they can never give me a clear diagnosis. But my symptoms have always lined up with IBS, so that’s what I went with.

I’ve been having ovarian cysts this past few years, and it’s really got me focused on my bowel health. I started to wonder if my pain and other symptoms all these years were caused by cysts or something worse. When an ultrasound showed nothing to explain my pain a few months ago, I finally managed to get a doctor to order a CT for me. Here’s my experience.

Waiting For Months For The CT 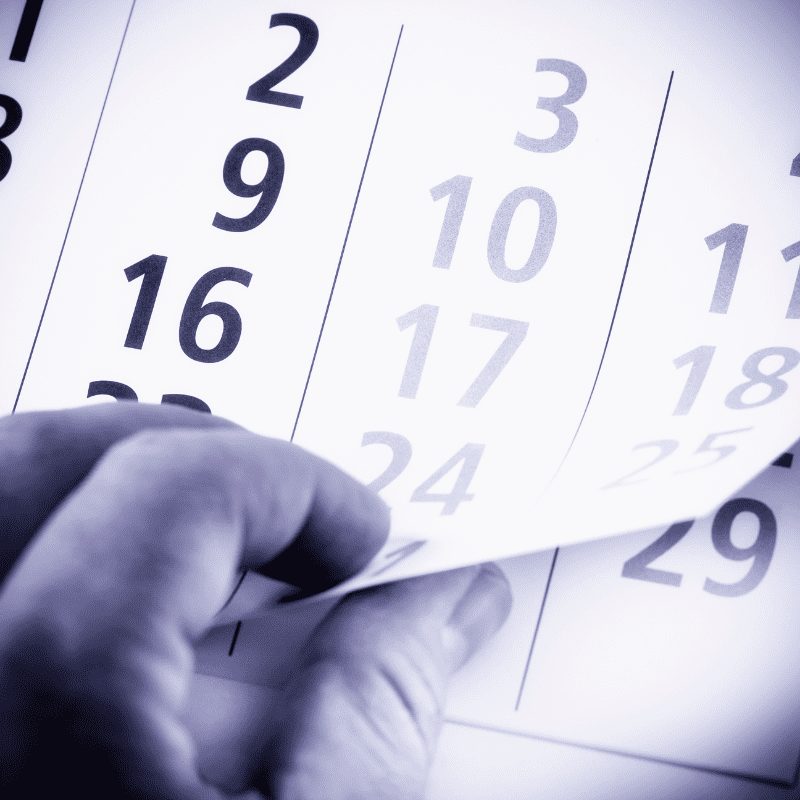 I was having lower left abdominal pain when the CT was ordered. When they called to book me in and told me it would be three months, I was flabbergasted. If something serious was going on, it would likely progress by that time.

I know that the pandemic has slowed many things down, but it seems crazy to me that there are either that many people getting CTs or they can only accommodate a few people per day.

My sister-in-law has been having pain and tightness in her head, along with a lot of other symptoms (she got Covid and has never seemed to recover – she just keeps going downhill), and her CT was booked for FOUR months after it was ordered. She’s been waiting a month and has three to go. I couldn’t even imagine having such serious symptoms and having to wait that long.

In any case, for me, the pain went away about a month after the CT was booked and I was relieved. It made it easier to wait for months, but I still thought it was ridiculous.

The Actual Abdominal And Pelvic CT With Contrast

I was so nervous going into the CT.

I was nervous about the contrast. I have a heightened sense of feeling in my body and didn’t want to feel anything going through my body when the contrast was injected.

I was also nervous about the results. I’d been wanting to know what’s going on in there for years, and the time to almost find out was here.

Luckily, I had a great CT technician. She was kind, compassionate, and explained everything very well. She didn’t make anything seem scary. She made it seem normal and worth it.

Still, that didn’t make the CT any more fun.

I had to change into a gown and robe, and then she got me to lay down on a stretcher so that she could put the IV in.

I tried to relax, but I was very nervous. I didn’t know when the contrast was supposed to go in, so I was paying attention to every little thing in my body.

I didn’t look at the IV and what she was doing, so I had no idea if she had put the contrast in. I hoped she had, because I didn’t feel anything.

Within 5 minutes she called me to come into the room with the CT scanner. I laid down on the bed, put my hands above my head, and she wrapped a cord around one of my fingers. I still didn’t know if the contrast had gone in or not.

This is what I looked like when I laid down for the CT, except I had an IV in my left arm and a cord wrapped around my finger coming from somewhere that was going to pump something into me. Also, it was dark, and I wasn’t smiling. 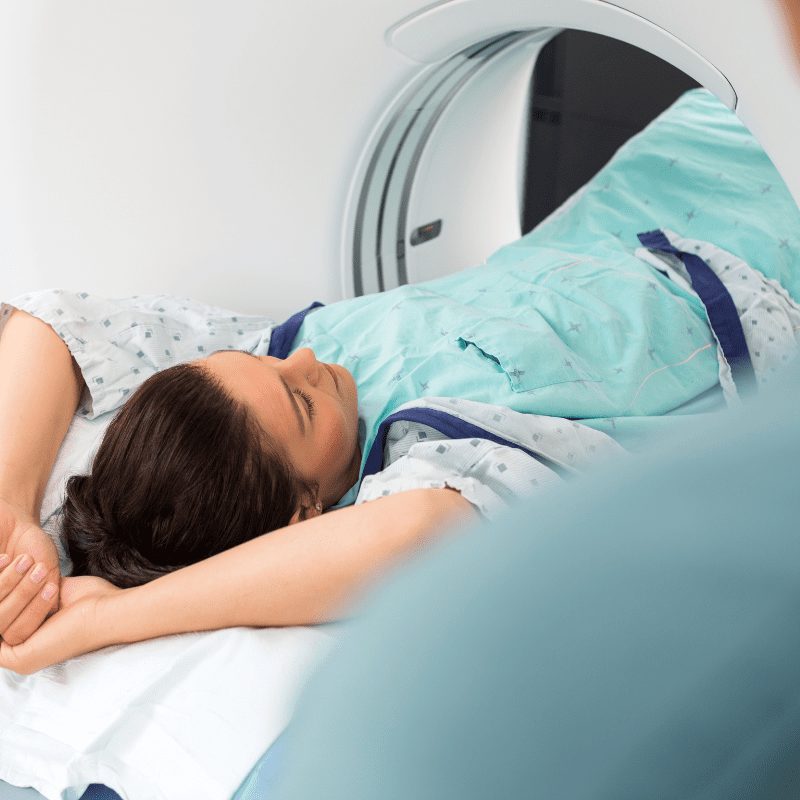 Photo Not Of Me. Got It From Canva.

I did like that I could see my name and what x-ray was being done on the screen that sits on the front of the CT scanner. It clearly said ‘abdominal and pelvic’ on it. At least it was confirmation that I was getting what I had wanted to be done for years.

Then it started. I didn’t like it. I got to be honest. I’m never going to go for a CT with contrast again unless it’s an emergency or very necessary.

I could feel the heat from the x-ray machine itself. Especially on that spot that had been hurting.

When the contrast was injected, I could feel the warmth rising in my body and then I’m sure I doubled it as I started to panic. I didn’t like the feeling.

I could taste something in my mouth, and that made me panic more. I didn’t like the taste and the thought that something was being injected into me enough to cause me to feel and taste it.

I closed my eyes and tried to focus on the fact that I wanted the CT and that it would be over soon.

Then she told me the saline flush was going to be injected.

I felt that go from the top of my head to my legs, and it felt like I was peeing myself. It was the weirdest feeling and not something I would choose to feel again.

She came and talked to me while this was happening and asked me how I felt. I told her I felt like I was peeing myself. She told me that was normal.

Then I got off the table and asked her about allergic reactions. She told me if something was going to happen, it would have happened on the table.

I left there still hyper-sensitive and a little weirded out.

I just didn’t like getting the abdominal and pelvic CT with contrast.

If I Had To Get The CT With Contrast Again

Without the contrast, I would have been much better. I would opt for that CT any day.

But if I have to get a CT with contrast again, I think I would be better the next time because I know what to expect. I would talk myself into being better with the procedure.

For instance, I would say, “I’ve been here and done this and I know I’ll come out fine!” Or even take it up a notch and assure to myself that I’m a pro at getting things like this done and let my behaviors follow those thoughts.

If you have to go for a CT with contrast, I highly suggest using that trick. Tell yourself something that you want to believe and allow your behaviors to follow suit.

Waiting For Weeks To Get The Results

My doctor had her staff call me and book an appointment for over two weeks later.

For the first week of waiting, I went back and forth from moments of worry and fear to acceptance.

During the second week, my dog had to go to the emergency vet and my CT results were the last thing on my mind. (Ironically, he got all his bloodwork and ultrasound results within a few hours. It goes to show you what can happen if you are willing to pay money!)

My Abdominal And Pelvic CT With Contrast Results

I went into my appointment with pure fear. I was convinced that she was going to say there was something not serious, but something that could turn into something serious.

When she came in, she sat down and looked at her computer. Then she asked me how I was, and I showed her my hair loss (I’m going through hair loss again with alopecia). She focused on that, and I asked her about the CT, but she said let’s get through this part first. So, she took notes extremely slowly and then talked to me a bit about seeing a dermatologist, and THEN she sat there and stared at me as if there was nothing else to discuss.

It goes to show you, something that is SO important to you might not be one bit important to other people… even your doctor.

I had to ask her again for the CT results and she said, “Oh right!” and started looking at her computer again.

Then she finally said, “Nothing significant was seen.”

Seriously?! Why did she wait weeks to tell me that?

I asked for a copy of the report, which she gave me, and after reading it, I can see there was another cyst on my right ovary that was likely causing the pain.

My doctor never even mentioned the cyst on the CT. I’m glad I asked for a copy of the results.

Here are my abdominal and pelvic CT with contrast results. 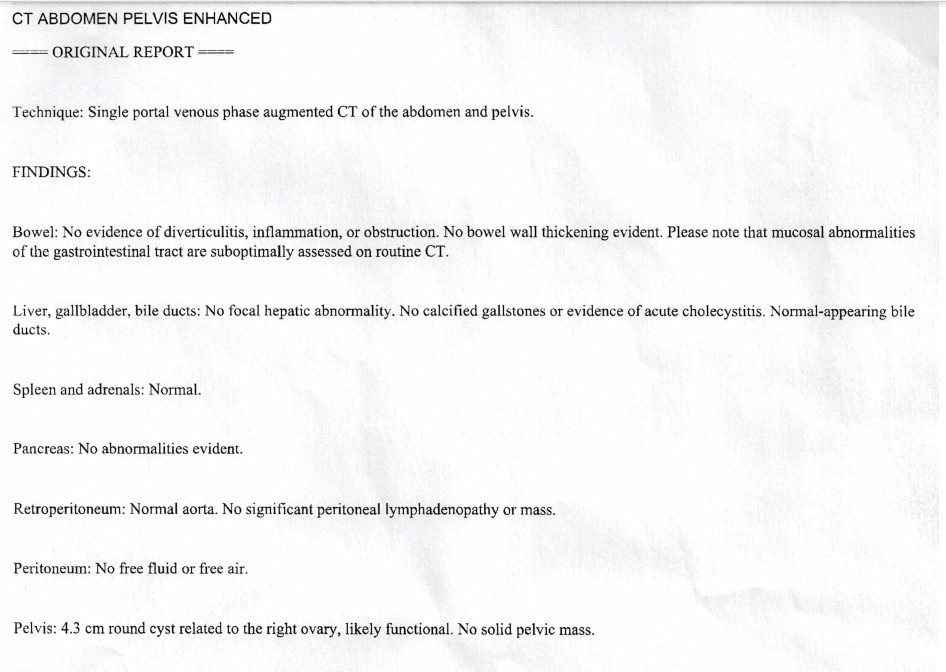 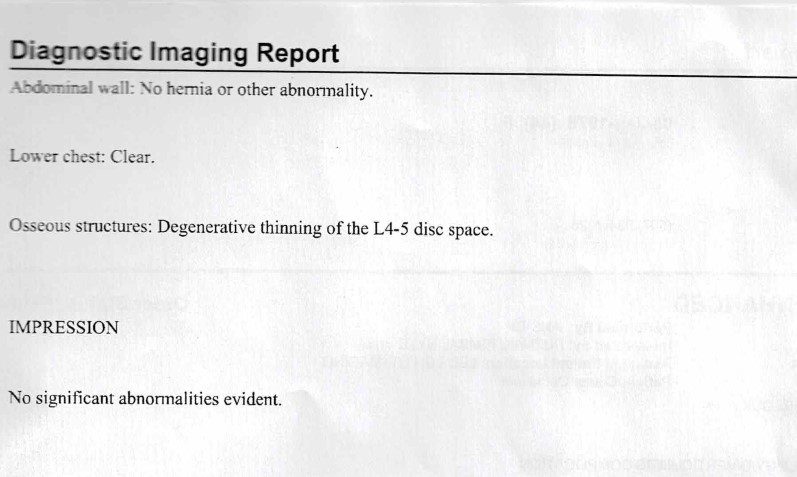 I had also wondered if I had a hernia for years, so this was a huge relief.

Even though it took a long time to get the CT, I didn’t like it being done, and it took weeks to get the results, I’m extremely glad I had the CT done.

I’m glad I had the contrast because it apparently shows everything better.

After my doctor’s appointment, I got into my car and bawled my eyes out for about 10 minutes. It was pure relief.

Anyone walking by probably thought I had been diagnosed with something serious, but I was just so happy that I FINALLY had the results and had some idea of what was going on inside of me. I could not stop crying.

I even walked into my house crying, which scared my husband, but I quickly told him through sobs that it was all good.

If you are hesitant to get an abdominal and pelvic CT with contrast, or anything with an IV contrast, I found it helped to remind myself that the results and relief of knowing, either way, was going to be worth it. 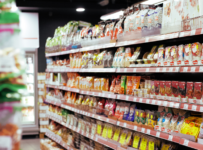 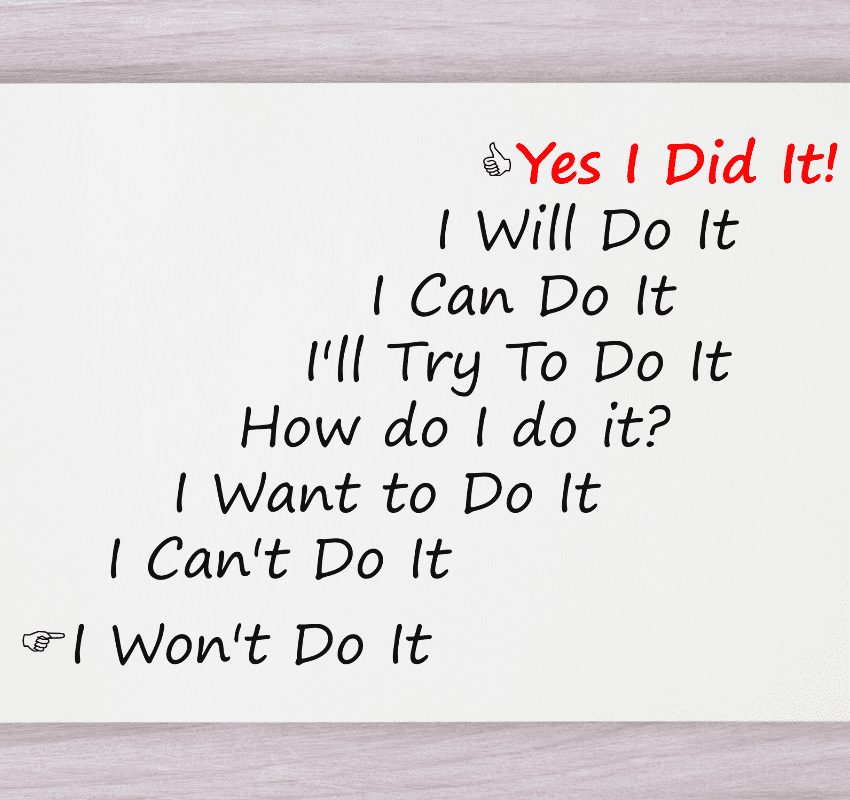