Some days, as an online writer, you see people doing crappy things to get ahead online – and it works. I try not to focus on it. I try to just ‘do what I do’. I try to do things the right way knowing that the people who don’t should get what’s coming to them. But, it’s hard to ignore sometimes because it’s happening everywhere. There are 5 big things that piss me off as an online writer who tries to be honest and do things to the best of her ability. 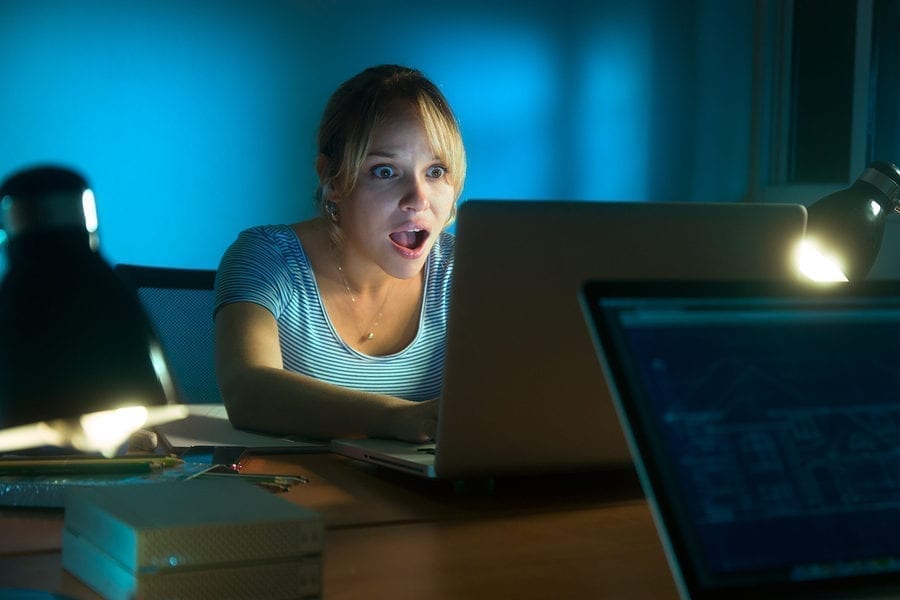 1. People Writing Reviews With The Word Scam In The Title

One site puts ‘legit or scam’ in every single title of a product they review. They know darn well that it’s not a scam.

They use the word ‘scam’ – and others like it – to draw readers in. And it works. Because people who spend money on products want to see if they are being scammed or tricked in some way, so they are going to click on an article with these words in it.

The problem is that these reviewers can earn money as an affiliate, just like I do, but they aren’t actually writing real reviews. They are using words that aren’t necessary in order to get clicks. They do it to draw people to their article so they can make money – and they make good money using these tricky tactics, and it just pisses me off.

Part of being an online writer, especially a blogger, means you need to interact with other bloggers and build links back to your blog. One of the easiest ways to do this is by commenting on other people’s blogs.

When I comment on someone’s blog, I read the article and try to add value to the article through insight, a question, a story, or an opinion.  This is why I only read articles I’m interested in. I want to leave a genuine comment.

Sometimes on your blog, you can get spam comments, which is usually done by an automated service. I’m not sure how it works, but the same comment is plastered over and over again on as many blogs that will take it.

But, I also see real people leaving the worst comments that are obviously just self-serving to build a link. It’s apparent they haven’t read the article. And, it baffles me as to why they think these generic comments are acceptable.

No value. No real feedback. Just crap that helps them build a link.

Shitty comments are a waste of my time! It takes anywhere from 5-10 minutes to go through them all and delete them. And it makes it hard to find REAL comments that are mixed in with them.

I’ve been writing online for years, and there have been a few sites that I’ve joined meant to help you find other bloggers, connect with them, and be mutually beneficial to each other.

I have found that most people on these sites – I would say 80% or higher – are only there for themselves.

For instance, one site allows you to interview other bloggers and build content around that interview. It’s a great way to build quick and easy content and create a unique article. The problem is that most people in the interview give poorly thought out answers (which makes for childish content) and try to get you to link to their sites with well thought out keywords. Moreover, some of these people have tons of followers, but will not share articles that are not their own, even if they are in the article.

When I first started writing online, there were many people writing articles that were full of errors, not informational, and just plain bad. They were obviously just written as filler so that people would reach their ads or calls to action. And, what was just as bad, was that these articles were doing really well in the search engines.

A lot of these people took advantage of content spinning. What you did was paste someone’s article in a content spinning software and it would produce a similar article to the one you pasted, but many of the words would be replaced by similar words. For instance, ‘good’ would be replaced with ‘acceptable’, ‘excellent’, or ‘wonderful’. In short, it sounded ridiculous.

Thankfully search engines have updated their algorithms to make sure that most of that crap that doesn’t float to the top. But, there are still some there. And some of it is beating out very well-written and thought-out articles.

This is the worst.

In all my years online, I have had a ton of content stolen. I couldn’t even count how many.

When this happens now, I always think about Jim Carrey in Liar Liar when he tells the guy, who scratched his car, that he’s just going to take it up the tail pipe because there’s nothing he can do about it.

That’s exactly how I feel about it.

Especially when ‘their’ article is doing better than yours in the search engine and they are making money off it!

How does that happen?

Most of the time, you contact the person who runs the site and they won’t contact you back.

You can find them on social media, but they won’t answer their either.

That’s when you need to take action with the search engines. But, it takes a ton of effort to try and get plagiarized content removed from search engines. And the more you write online, the more effort it takes.

And, it’s not just limited to blogs. I see tons of people on Twitter tweeting things that other people said first. They don’t give credit to those people. They just try to pass the words off as their own. And most of the time it works!

That pisses me off.